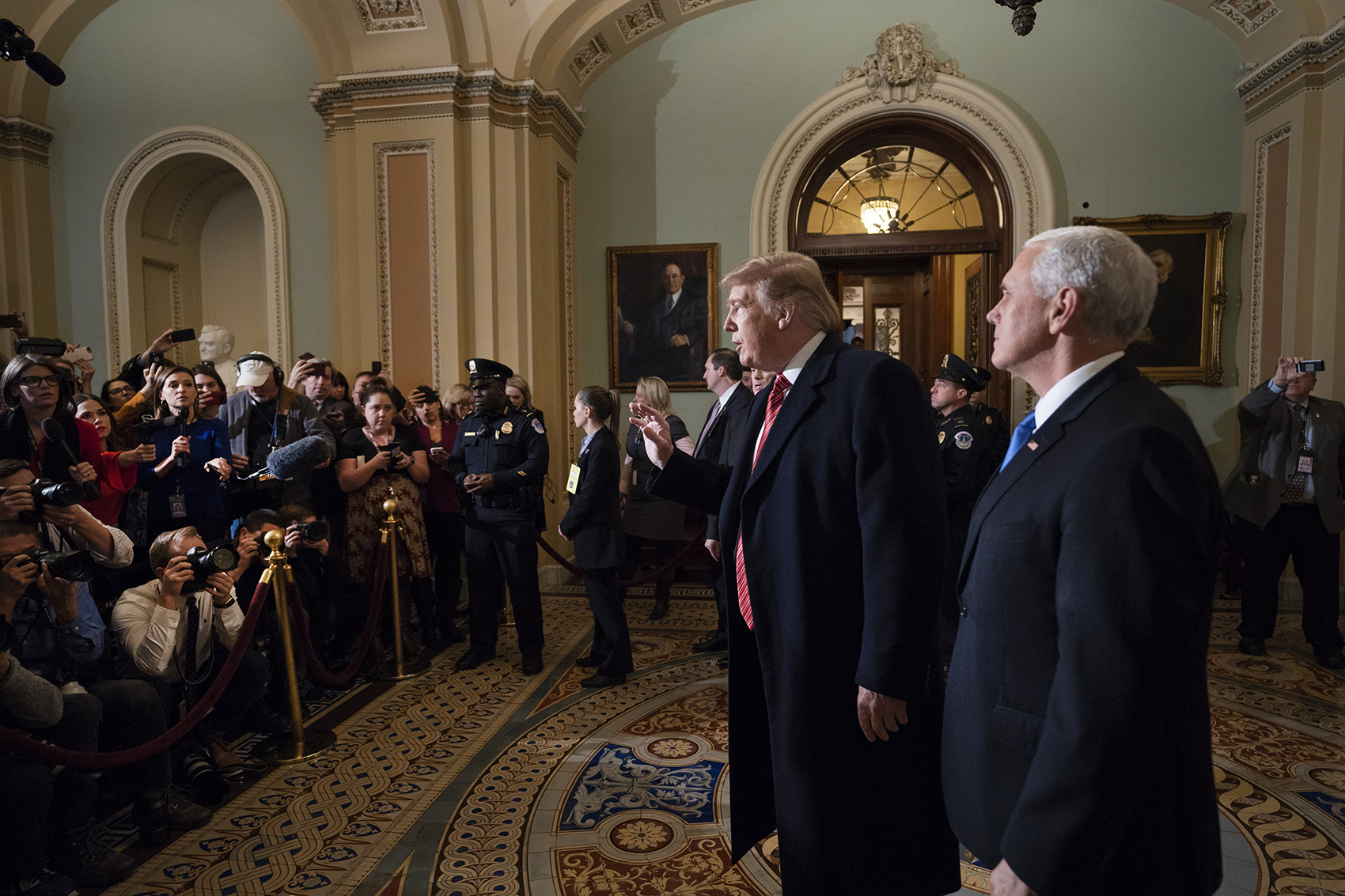 U.S. president Donald Trump has rebuked a suggestion by U.S. senator Lindsey Graham of South Carolina to reopen the partially shuttered federal government for three weeks while negotiations continue over funding for a border wall.

Graham – a former #NeverTrumper who has deftly recalibrated himself as a staunch ally of the administration – is one of many Republicans in Washington, D.C. looking to cut a deal (a.k.a. “blinking”) as the partial shutdown of the federal government continues into its fourth, full week.

Trump attempted to cave on the issue of funding for a border wall, but was shamed by conservative commentators like Ann Coulter into standing his ground and fulfilling his promise.

The partial shutdown has Democrats and status quo Republicans panicking …

“I would urge him to open up the government for a short period of time, like three weeks, before he pulls the plug, see if we can get a deal,” Graham told Fox News over the weekend. “If we can’t at the end of three weeks, all bets are off; see if he can do it by himself with the emergency powers. That is my recommendation.”

Trump was having none of it …

“I’m not interested,” Trump said. “I want to get it solved. I don’t want to just delay it.”

Similarly, Trump is said to have dressed down his acting chief of staff – Mick Mulvaney – for attempting to engineer a compromise during negotiations with Democrats over the weekend.

According to reporter Jonathan Swan of Axios, Trump blasted his former budget director for suggesting that Democrats and the White House find “middle ground” on funding amounts for the wall.  Trump wants $5.7 billion, while Democrats have offered $1.3 billion.

As Mulvaney attempted to find a number all sides could agree upon, Trump is alleged to have cut him off.

“You just f*cked it all up, Mick,” the president interjected, according to Swan’s report.

In light of his prior attempt to cut and run on funding for the border wall, Trump’s uncompromising tone during the current negotiations is curious.  Having said that, we have no issue whatsoever with the president – for once – standing his ground on an issue so central to the sustainability of the American Republic.

In fact had he stood his ground against Democrats and liberal Republicans earlier in his administration, all of this unpleasantness could have been avoided …