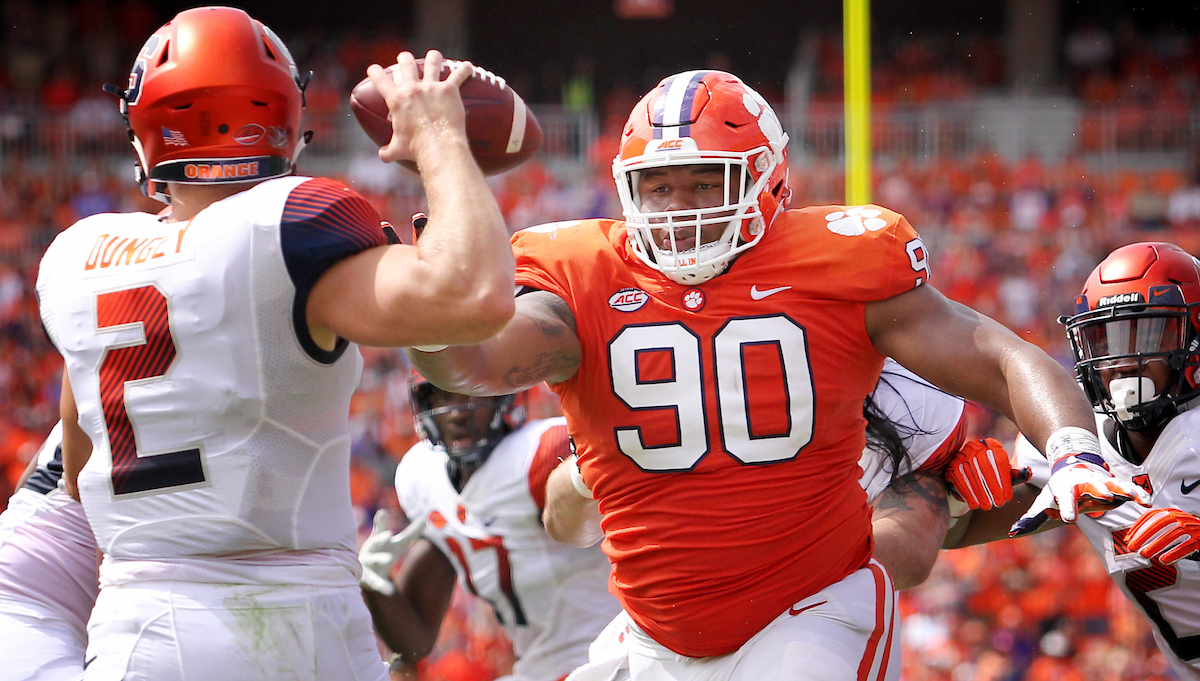 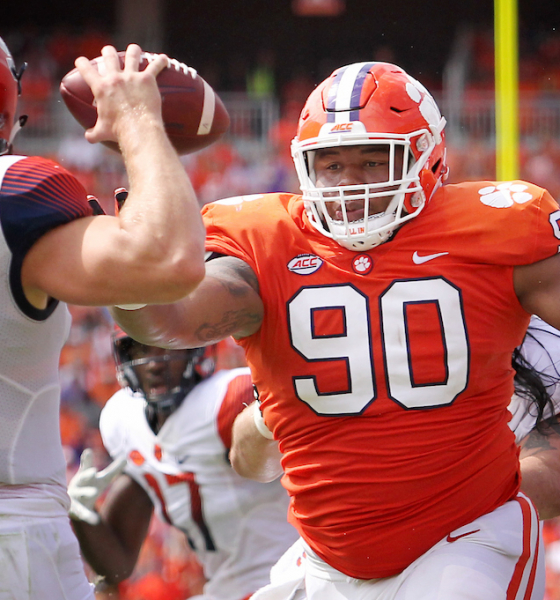 No word yet on whether Tiger fans will complain that not enough Clemson players were chosen … although based on yesterday’s testy conference call with head coach Dabo Swinney, our advice would be to refrain from forwarding any displeasure toward him.

At least for the time being …

Leading the way?  Sophomore running back Travis Etienne, who led the conference with 1,307 rushing yards and 20 touchdowns.  Etienne received 174 points from the voting panel of coaches and sportswriters – making him the highest vote-getter in the conference (and an early favorite for player-of-the-year honors).

Joining Etienne on the first-team offense was offensive tackle Mitch Hyatt, who earned first-term honors for the third year in a row.  Hyatt anchored a line that included all-ACC players at every position … same as Clemson’s heralded defensive front. 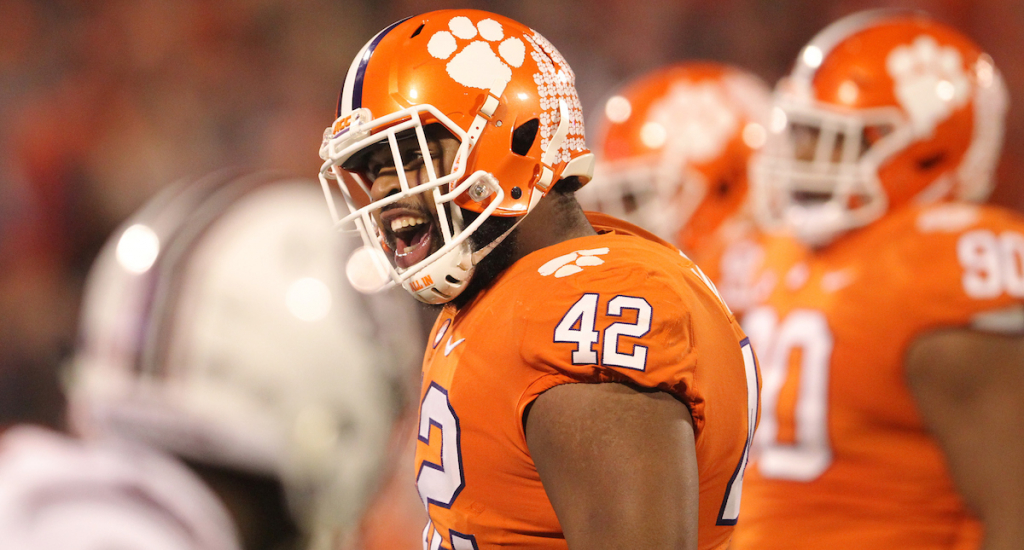 On defense, tackles Christian Wilkins (above) and Dexter Lawrence were joined on the first team for the second year in a row by defensive end Clelin Ferrell – the conference leader in quarterback sacks.

All three of these Tiger defensive linemen are projected first round picks in next year’s NFL draft.

True freshman quarterback Trevor Lawrence was named the ACC’s second-team quarterback – which is pretty impressive considering he began the year splitting time with graduate senior Kelly Bryant.  Lawrence made his first start against Syracuse in week five, prompting Bryant to quit the team in protest.

Lawrence has completed 200 of his 302 throws for 2,488 yards and 22 touchdowns so far this year – throwing just four interceptions along the way.  He has also run for 126 yards and scored one touchdown on the ground.

Clemson has been a juggernaut of late, becoming a virtual lock to win the ACC every year as well as a fixture in the College Football Playoff (CFP).  Driving the success of the program?  A pipeline of recruiting talent that rivals that of any other program in the nation – except perhaps defending national champion Alabama.

The Tigers face Pittsburgh in this weekend’s ACC championship game in Charlotte, N.C.  After that, they will await their postseason destination …