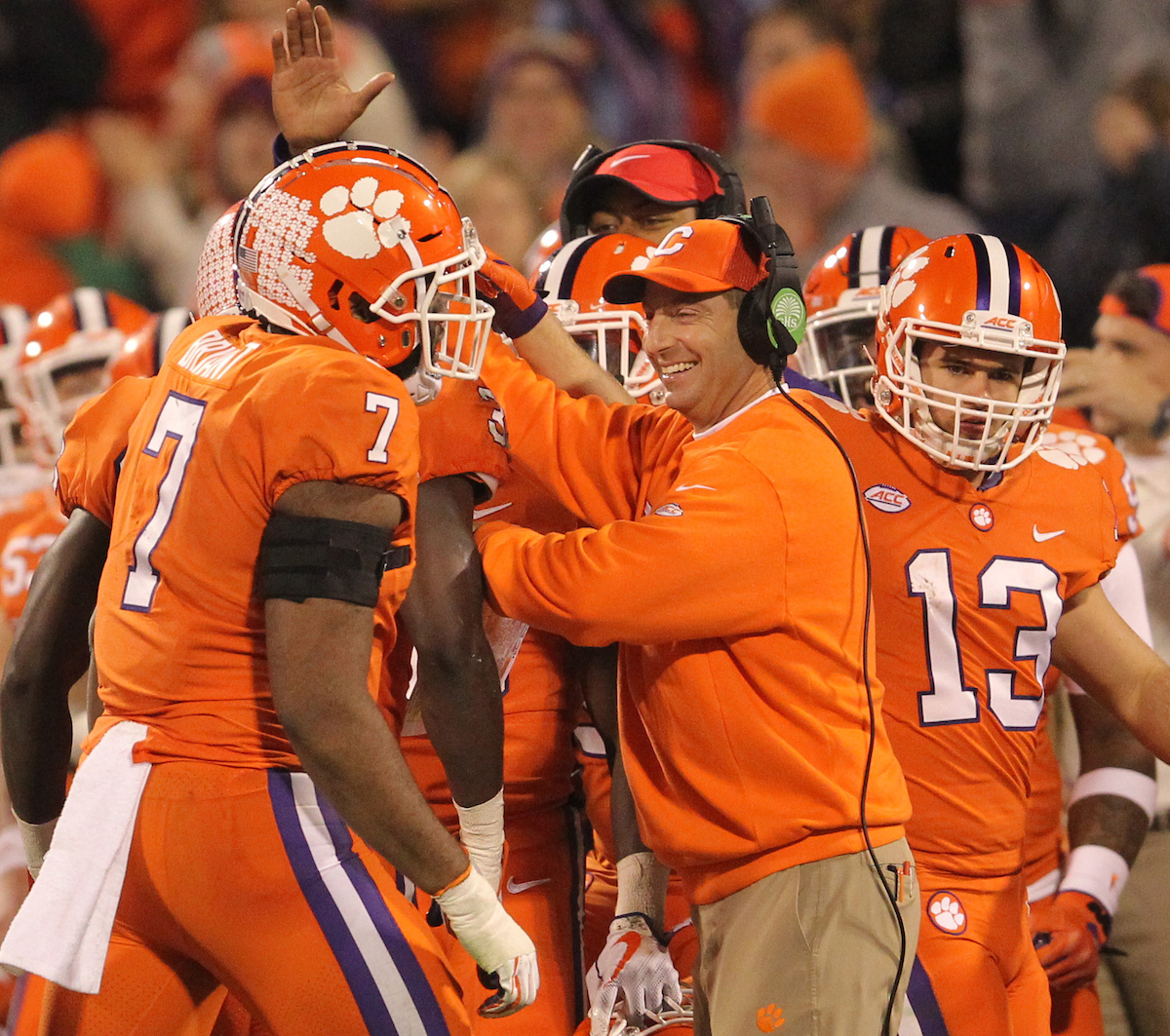 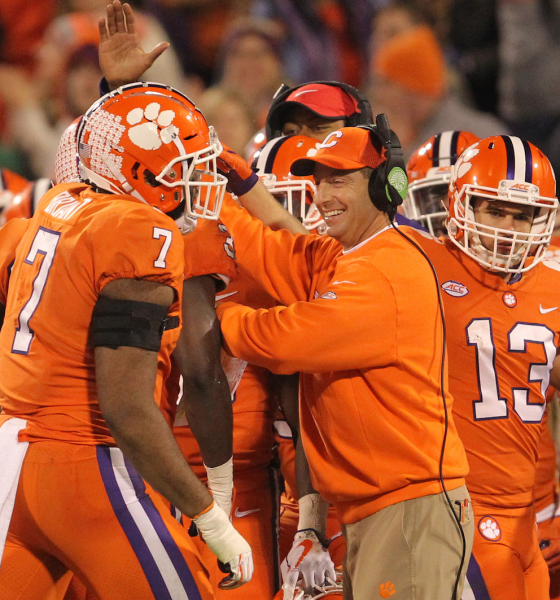 Clemson University head football coach Dabo Swinney angrily ripped the media – and a segment of his program’s fan base – on Sunday for “complaining” in the aftermath of the second-ranked Tigers 59-35 win over arch-rival South Carolina on Saturday.

The 49-year-old coach – in his eleventh year at the helm of the program (and sixteenth year in Tiger Town) – angrily denounced his critics and threatened to “seek other places” to work if the “lack of respect” continued.

“I just want to win by one more point,” Swinney said of the rivalry game. “If that ever gets to where that’s not enough, then it’s time for me to move on somewhere else.  I ain’t never going to apologize for a 21-point win over a state rival, ever.”

“And you people who suggest it felt like a loss, y’all need to check yourself, too,” Swinney added.  “I’ve been here 16 years and for all those people out there who want to complain about five wins in a row and winning by three touchdowns, man that’s shameful. That’s a lack of respect for our program and a lack of respect for the effort that these players and coaches put in.  I hope you write that.”

“The senior class has won 52 games and we’ve got people complaining,” Swinney continued.  “Give me a break. If 12-0 ain’t good enough, then it’s time to seek other places.  Make sure you get that. I ’m going to say it one more time: We’ve got eight 10-plus win seasons, we’re 12-0. It’s the third time in the history of this school we’ve won five state championships in a row. And when that’s not enough for some people, that’s sad. That’s sad.”

Swinney said his comments were a response to “articles pushed my way and some comments from people.”  He did not specify which articles or comments he was referring to, only that he was “not going to stand for that.”

“It’s too hard to win. Too hard to win,” Swinney said.  “These players work too hard. The goal is to win. Period. That’s just the way it is. So I don’t ever want to be a program – ever – that doesn’t appreciate winning.  And when you win by three touchdowns in a state championship and you’ve got people who can’t appreciate that?  That’s really sad.  Man that’s really sad.  Just look around college football.  There’s a lot of places out there that would love to have the program that we have here.  I can assure you of that.”

Most Clemson fans appeared to support Swinney in the wake of his outburst.

“I don’t care one bit if we beat the Gamecocks by 1 point or 100 points,” one fan wrote on Facebook.  “The ‘point’ is we won, we are 12-0, playing for another ACC title on Saturday then heading to the College Football Playoffs as one of the four strongest teams in the country set to compete for another national championship.  If that doesn’t make Clemson fans happy then they deserve their misery and Dabo should leave and go to a school that celebrates winning.  This is so silly.”

This news outlet has never been much of a fan of Swinney.  We believe his program has risen to its lofty heights due in large part to the defensive talent recruited and coached by coordinator Brent Venables.  This season, however, Clemson has kicked it into a higher gear on offense thanks to the arm of true freshman phenom Trevor Lawrence and a stable of talented running backs led by sophomore Travis Etienne.

Was South Carolina’s performance against Clemson better than expected?  Yes … and no.

As we noted last week, the competitiveness of this rivalry had all but evaporated heading into this contest – and so the fact that the Gamecocks (6-5, 4-4 SEC) hung with Clemson during the first half of play was encouraging.  But given the lofty expectations placed on head coach Will Muschamp’s program heading into the season, the final outcome (and several of the outcomes preceding it) were unacceptable.

As far as we are concerned, Muschamp is the one who needs to be hearing the “complaining …”