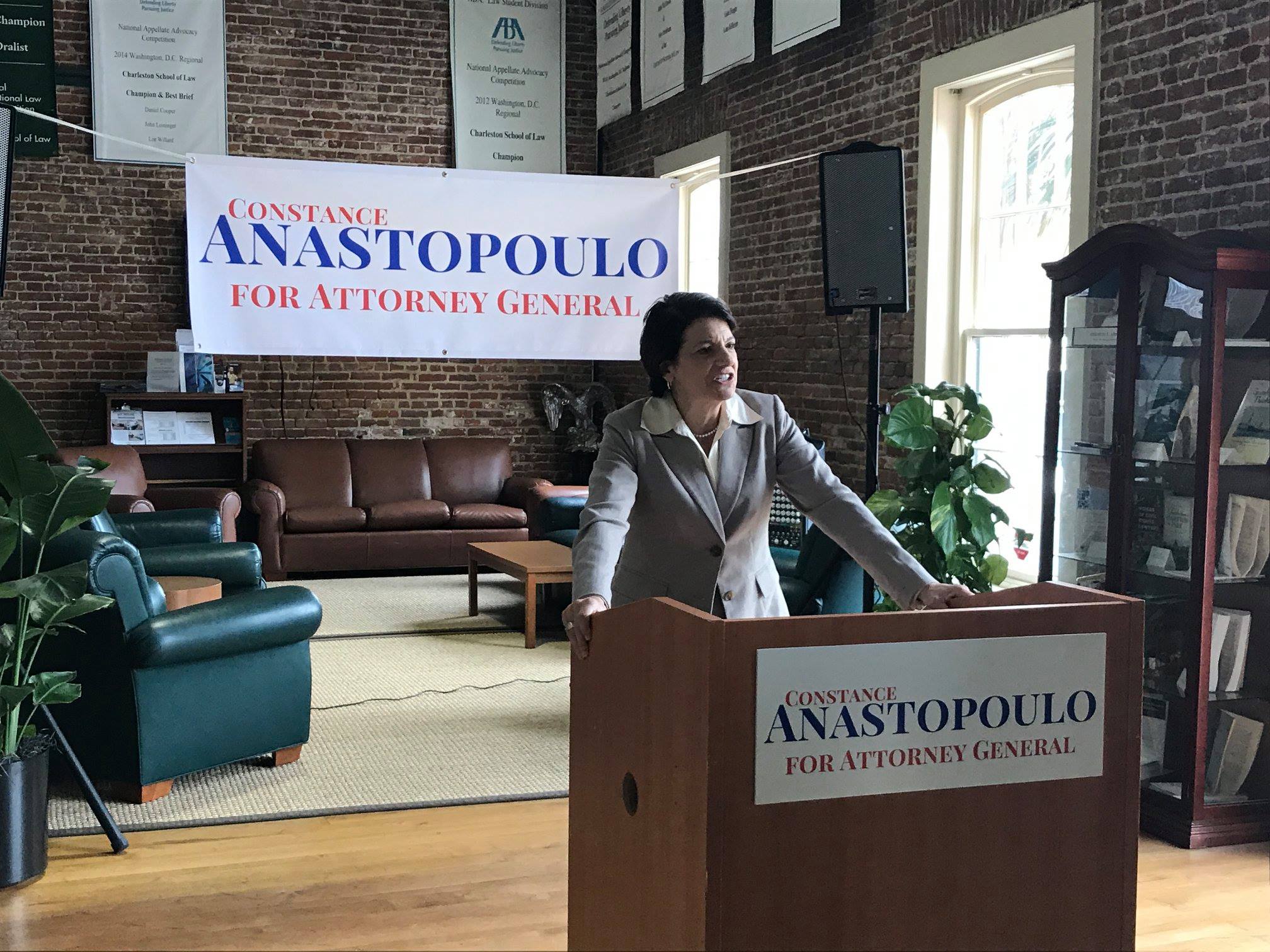 As we have noted for several months now, one of the key ingredients in South Carolina attorney general Alan Wilson’s rehabilitation as a viable political candidate has been a lack of credible alternatives.

To be clear: Wilson deserves tremendous credit for clawing his way back from a debacle of his own making two-and-a-half years ago, but one of the reasons he was able to survive his fiasco – namely his office’s perceived meddling in an anti-corruption investigation involving his political cronies – was the failure of anyone of substance to step up and challenge him.

By the time an ostensibly credible rival emerged, the 45-year-old politician had righted his ship and restored his financial backing.  Meanwhile the GOP rival who did emerge to challenge him wound up having glaring ethical issues of his own.

The result?  After being left for dead in the spring of 2016, Wilson rose from the ashes in the spring of 2018 – trouncing state representative Todd Atwater in the GOP runoff election.   Meanwhile, the apparent conclusion of the #ProbeGate investigation with no charges being filed against him is yet another vindication.

So … is it smooth sailing from here on out for the two-term incumbent?

While Wilson is the runaway favorite to win a third term in office this fall, there are a few factors that could make his down-ballot race closer than anticipated.  The first factor is his general election opponent, Charleston School of Law (CSOL) professor Constance Anastopoulo.

Anastopoulo is running on ethics reform.  In fact her campaign twitter account has been christened “ethics again.”

“My campaign is about ethics and reform for our beloved state,” she said this week.  “I will continue to talk to voters across the state about a vision for an ethical Columbia and a state that makes us proud each and every day.”

Anastopoulo has said she has no designs on a lengthy career in politics.

“I’m going to clean up this mess, then I’m going to go home to Charleston and teach law,” Anastopoulo told a crowd in Aiken last month.

Should Wilson be worried?  Maybe …

Anastopoulo’s husband, Akim Anastopoulo, is one of the most successful personal injury lawyers in the southeast – setting up the distinct possibility of a self-funded candidacy for his wife.  So far, though, such an infusion of personal cash has not materialized – and every week that passes diminishes the potential that Anastopoulo’s access to wealth could impact the trajectory of this race.

Also, as this news outlet has previously reported, Wilson has the backing of the Republican Attorneys General Association (RAGA) – which endorsed him during his contested runoff election.  If things get close, this organization will likely open the saddlebags on his behalf.

Will it get close?  At this point, we do not see that happening … unless Anastopoulo drops seven figures on a statewide media and grassroots blitz during the final few weeks of the race.

Which had better happen soon …

Republicans enter the 2018 statewide election with several factors working against them.  First, Democrats are energized and organized – believing this fall is a “wave” election for their party.  Second, the top of the GOP ticket this year – incumbent governor Henry McMaster – barely managed to make it out of his own partisan primary and is viewed as one of the weakest Republican gubernatorial nominees in decades.

Still, that doesn’t strike us as enough to tip any of the statewide races in Democrats’ favor …

Got something you’d like to say in response to one of our stories? Please feel free to submit your own guest column or letter to the editor via-email HERE. Got a tip for us? CLICK HERE. Got a technical question or a glitch to report? CLICK HERE. Want to support what we’re doing? SUBSCRIBE HERE.
Banner: Anastopoulo for Attorney General