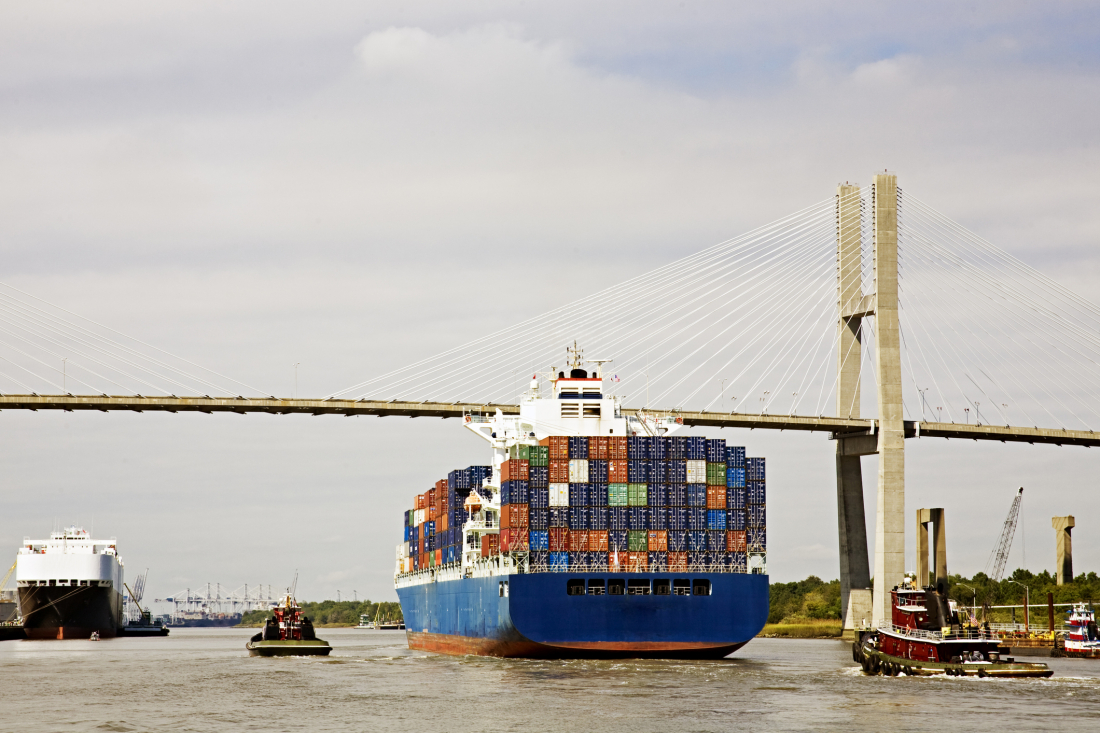 The Georgia Ports Authority (GPA) made it perfectly clear this week that its pledged goal of “bi-state cooperation” with South Carolina was nothing but lip service.  Now the only question is whether South Carolina’s leaders care about getting played … again.

Tucked into the tail end of a powerpoint presentation this week, the GPA announced its intention to raise or replace the Talmadge Memorial Bridge that spans the Savannah River.  This announcement made clear the authority’s intentions to abandon a proposed bi-state terminal in Jasper County, S.C. and focus instead on additional capacity expansions in Savannah.

Georgia is already midway through a massive government-subsidized harbor expansion project in Savannah – one which received a surprising assist from former South Carolina governor Nikki Haley.  As longtime readers of this news outlet will recall, Haley cravenly betrayed her own state’s economic interests to cut a deal with Georgia.

Why did she do that?  Because the ensuing tradeoff gave her one of her first tastes of the national limelight … 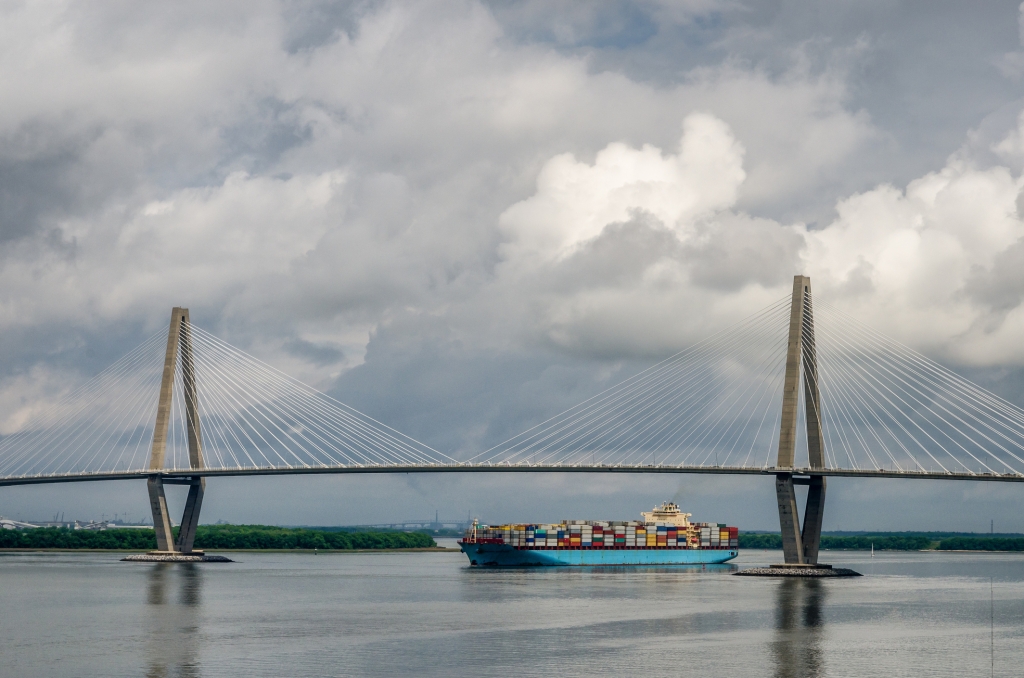 If Georgia were committed to the Jasper project, it would have no need for further expansion in Savannah (not beyond its existing plans, anyway – which are scheduled to be completed by 2021).

But GPA executive director Griff Lynch made it clear this week Savannah has no intention of stopping there.  It wants to handle the larger ships in Savannah, and route even more capacity to its existing facilities.

“Whether it’s investing in a new bridge with the state, or new gates that will allow us to handle that capacity we will do it,” Lynch told The Savannah Morning News.

The response to this bombshell from the S.C. Ports Authority (SCPA), which has been statutorily charged by Palmetto State lawmakers to build the Jasper port – has been nonexistent.

South Carolina senator Tom Davis – who has been fighting for the better part of the last decade-and-a-half to bring a deepwater port terminal to Jasper – was incensed.  He blasted the GPA expansion proposal as a “breach of trust” and accused Georgia leaders of “negotiating in bad faith.”

Davis reserved his harshest invective for leaders in his own state, though, calling their failure to stand up for South Carolina’s maritime interests “incomprehensible” and “shameful.”

“We are talking about billions of dollars of investment in one of the poorest areas of our state,” Davis told us, adding that “for the last fifteen years SCPA has been promising to build this facility – and for the past nine years it has had an express legislative duty to wake up every morning and ask itself ‘what can I do today to make sure the Jasper port gets built expeditiously?’  And now we learn that not only has it failed in that duty, it has sat idly by while its Jasper-port joint venture partner across the river pursues its own plans to gut the project.  What these two ports authorities have done to the people of Jasper County and the surrounding area is disgusting.” 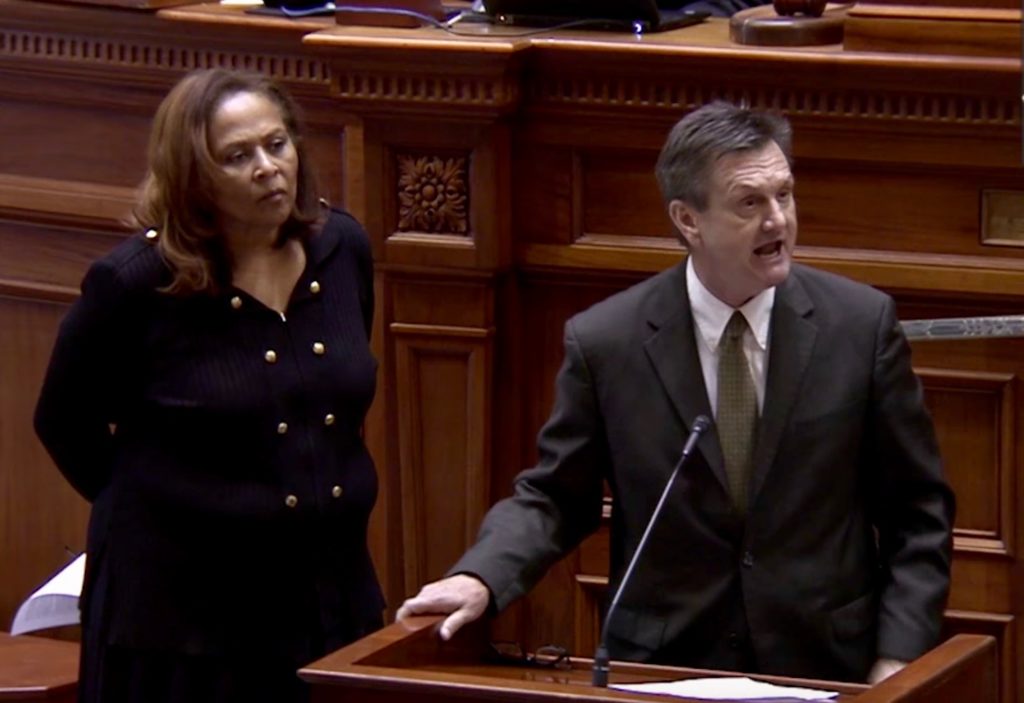 Davis (above) is correct.  SCPA officials vowed nearly a decade-and-a-half ago to devote the “full faith and resources” of the state to the construction of a deepwater port in Jasper County.  Instead, they have undermined and sabotaged this project at every opportunity.

More than a decade after making that pledge, SCPA officials hadn’t even gotten the Jasper project off the ground – despite pressure from Davis and the late state senator Clementa Pinckney.

Instead, they have proposed terminal expansions in crowded Charleston, S.C., where the infrastructure is simply unable to accommodate new capacity – and where local opposition is strengthening.

As we reported earlier this summer, Davis worked tirelessly this year to have a Jasper port proviso included in the fiscal year 2018-2019 budget to expressly remind the SCPA of its statutory obligation – enacted in 2009 – to take “all action necessary to expeditiously develop a port in Jasper County.”

These actions include the development of a governing structure for the Jasper facility, design of the terminal itself, necessary infrastructure for the project and environmental permitting related to its construction.

Davis told us this week the SCPA “has stewardship of this asset.”

“This is not a theoretical obligation, this is an actual obligation,” Davis said.  “It is their duty to build this terminal, and if they don’t discharge their duty then there need to be consequences.”

Davis said he will be pushing for a S.C. Legislative Audit Council (SCLAC) review of SCPA – and has asked S.C. attorney general Alan Wilson to look into whether the much-maligned agency has fulfilled its obligations under the law.

“There will be objective and exhaustive investigations by multiple agencies,” he said.

This news outlet has consistently echoed Davis’ calls for the construction of a deepwater port in Jasper – one in which the infrastructure was owned by the state but managed by the private sector.

“This is one of the greatest competitive assets South Carolina has ever been gifted with … and for state lawmakers to allow a bunch of corrupt bureaucrats to continue neglecting it (while they run the port of Charleston into the ground) is nothing short of criminal,” we wrote earlier this year.

Indeed.  South Carolina is home to the last deepwater port location on the eastern seaboard.  To squander such a competitive advantage simply defies comprehension, although it is not surprising considering how port “leaders” have  allowed Georgia to overtake them in the critical maritime industry.

The Jasper port must be built.  And once it is built, it must be managed by experienced private sector operators – not bickering political appointees.

Unfortunately, though, this goal appears to be slipping further out of reach …

“If they raise the Talmadge bridge, the port of Jasper will never happen,” Davis warned.  “They will keep jamming capacity into Savannah and Charleston like they always have.”