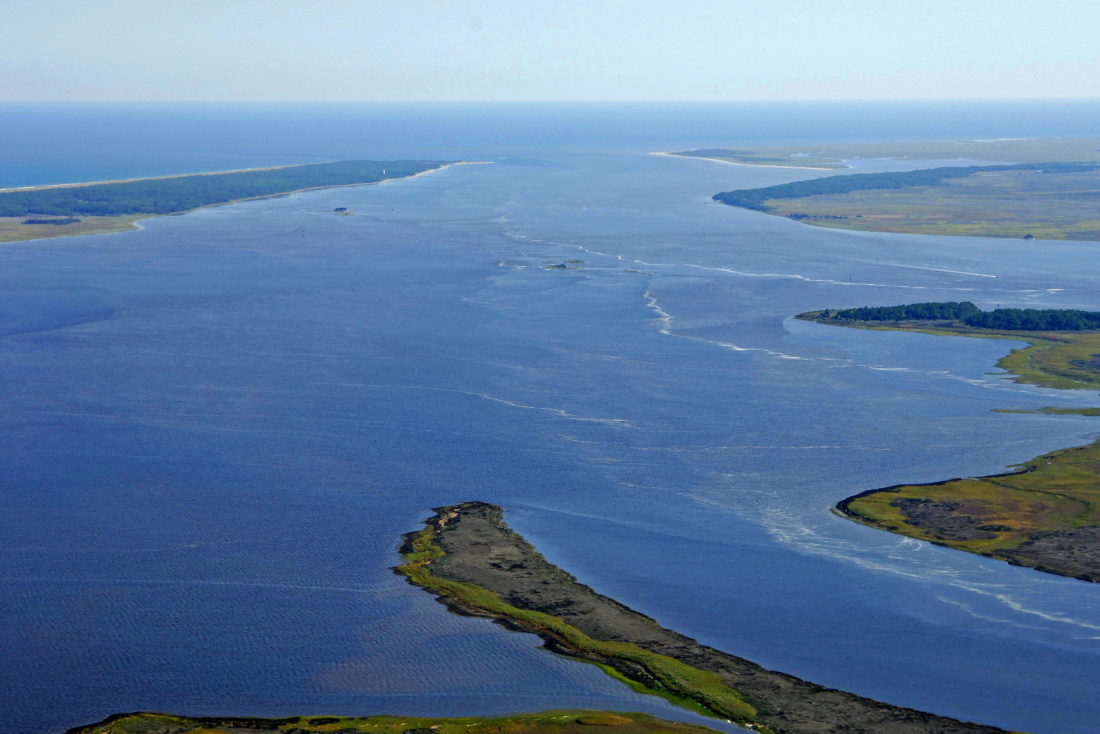 The Yadkin-Pee Dee river basin is regarded as the “cradle of civilization in the Carolinas.”  In the coming days, though, historic flooding associated with Hurricane Florence could wipe out broad swaths of civilization in and around Georgetown, South Carolina.

That could prove devastating for one of the Palmetto State’s oldest communities – which is already experiencing economic decline.

It has been more than a week since Florence made landfall near Wrightsville Beach, North Carolina, but the storm continues to menace the Palmetto State with rising flood waters that could potentially displace thousands of additional South Carolina residents.  Forty-two people have already perished in connection with this storm – most of them due to flood-related drownings – and emergency management officials fear more could die as waters continue to rise in some parts of the Palmetto State.

The flooding is the result of rain that fell in central North Carolina as Florence made its approach and slow crawl through the Carolinas last week.  Much of the rain the storm dumped on North Carolina is now making its way through the Yadkin-Pee Dee basin – which terminates at Winyah Bay near Georgetown.

The Yadkin-Pee Dee basin is enormous – spanning from southern Virginia all the way to Georgetown.  It runs for around 450 miles from its headwaters in Blowing Rock, N.C. to the coast, but within that distance are 5,862 miles of streams and rivers that collect rainfall from an area totaling 7,221 square miles.

All of that water empties into the Atlantic Ocean at Winyah Bay – the east coast’s fourth-largest estuary by discharge rate.

Flooding has already cause mass devastation in Dillon County and other parts of the Pee Dee region, but the danger zone is now shifting toward the southeast …

Flood damage from the Dillon and Nichols areas as photographed by the SCEMD Public Information staff this morning. Rivers are expected to continue to rise and crest over the next several days. #HurricaneFlorence #Florence pic.twitter.com/1QYXAbf4Ui

“We’re at the end of the line,” Georgetown county administrator Sel Hemingway said this week, noting that Winyah Bay marks the confluence of the Waccamaw River, the Pee Dee River, the Black River, and the Sampit River.

A flood map released by the S.C. Department of Natural Resources (SCDNR) shows just how dire things could get … 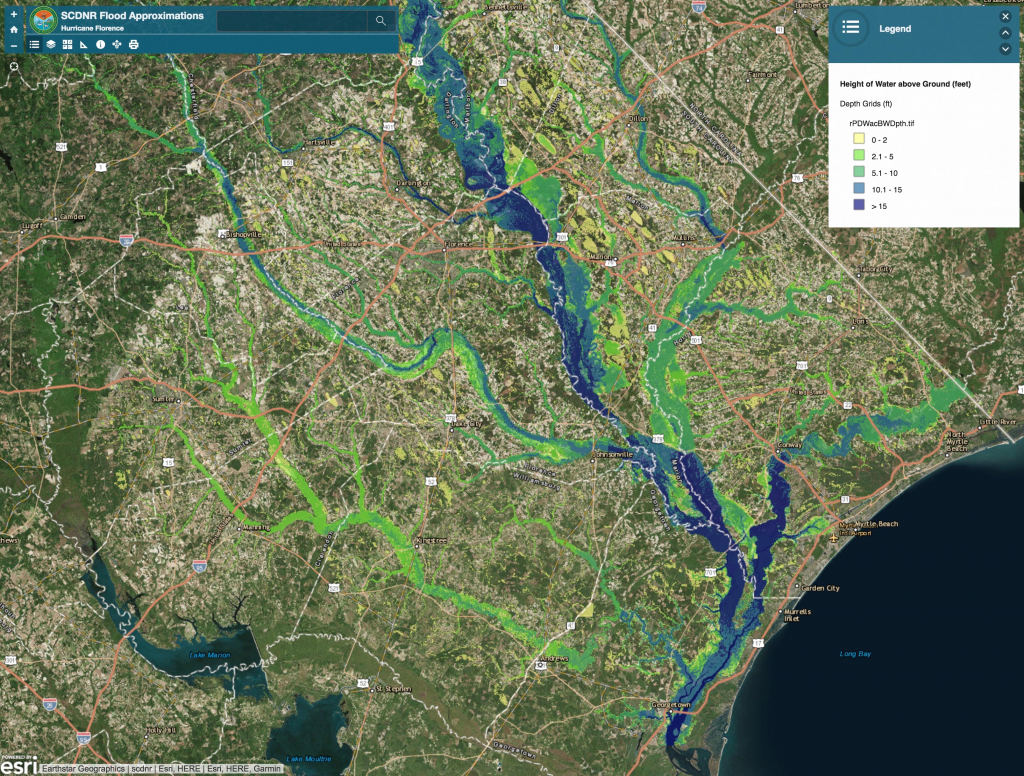 As you can see, flooding in excess of fifteen feet is forecast for some regions of the basin.

Georgetown’s gorgeous historic district?  It could find itself under anywhere from five to ten feet of water …

SCDNR officials cautioned that the maps represented “broad-scale approximations of potential flooding,” and that residents should not use them to make evacuation plans.  Still, with the Wacammaw River yet to crest – and the Pee Dee still swollen – things could get very dicey, people.

“Peak flooding at any specific location could be greater or lesser than the estimates represented on the map,” SCDNR officials noted.

Not surprisingly, such historic flooding is creating serious infrastructure concerns – with officials worrying that several bridges in Georgetown County could be submerged or even destroyed by the rising waters.  Meanwhile, the S.C. Department of Transportation (SCDOT) is working with the S.C. National Guard to create a flood barrier along U.S. Highway 17 in Georgetown in the hopes of keeping the road passable as long as possible.

Got something you’d like to say in response to one of our stories? Please feel free to submit your own guest column or letter to the editor via-email HERE. Got a tip for us? CLICK HERE. Got a technical question or a glitch to report? CLICK HERE. Want to support what we’re doing? SUBSCRIBE HERE.
Banner: Marinas.com