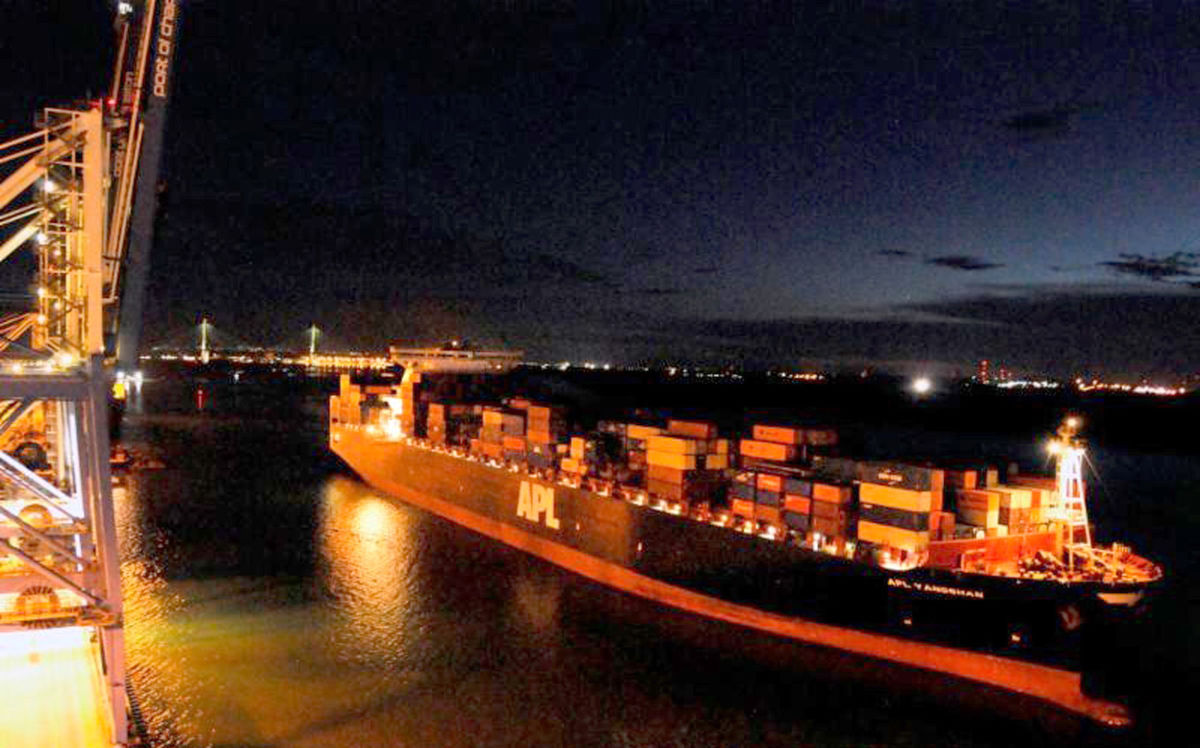 This website has argued for years that politicians and their appointees should have absolutely nothing to do with running a port – and all the evidence supports our contention.

To wit: The port of Charleston, S.C. is struggling.  Not only that, it currently finds itself in a pincers – with Georgia and Virginia actively collaborating to undercut its already-waning competitiveness.

Also, earlier this year it was revealed port expansion plans in Georgia were on U.S. president Donald Trump’s list of priority infrastructure projects.  Charleston’s proposed harbor deepening – which as we’ve previously pointed out is of dubious benefit – didn’t make the cut.

A big part of the problem?   The “Savannah River Sellout,” in which former governor Nikki Haley shamelessly betrayed the economic interests of her own state to advance her political career.  Haley’s betrayal put this state in a huge hole … and so far no one has come up with a plan to get us out of it (least of all Haley’s port appointees).

This week, Haley’s top appointee at the S.C. State Ports Authority (SCSPA) – Pat McKinney – is launching another political push as part of his ongoing turf war at the agency.

McKinney – who is in the process of being removed from the board by new governor Henry McMaster – is taking advantage of an ongoing anti-corruption investigation in Columbia, S.C. to target contracts received by the embattled political consulting empire of neo-Confederate Republican Richard Quinn.

Quinn and fellow establishment Republican strategist Bob McAlister – who have been paid huge retainers by the SCSPA – are reportedly at the heart of this ongoing criminal probe.

And things are escalating quickly …

To be clear: This website opposes these payments.  We believe they should be targeted – and eliminated.  In fact we exclusively exposed them back in November 2015, and have repeatedly called on the SCSPA board to discontinue them.

Having said that, should McKinney be leading this charge?  Hell no.  In fact, we addressed his machinations last May in this piece, referring to him as having “a big-time axe to grind” after McMaster knocked him out of a lieutenant gubernatorial race he was supposed to win in 2014.

“The whole thing is a ridiculous middle school political spitball fight … yet another example of the rampant cronyism that dominates government dealings,” we wrote at the time.

McKinney’s moves are even less legitimate now in light of his status on the board.

At this point, it’s obvious the SCSPA and its dealings with Quinn and McAlister are part of an ongoing investigation.  That probe should be allowed to run its course.  Just as it was wise for the S.C. Senate to put a hold on McMaster’s appointees last week, it would be wise for the SCSPA to defer any action until we have a resolution to all of this.

More importantly, we would argue this entire dust-up is yet another reason to insist upon private management of our state’s government-owned port infrastructure – something this website has been arguing now for over a decade.

If our ports were run like a business to begin with, we wouldn’t be in this mess.