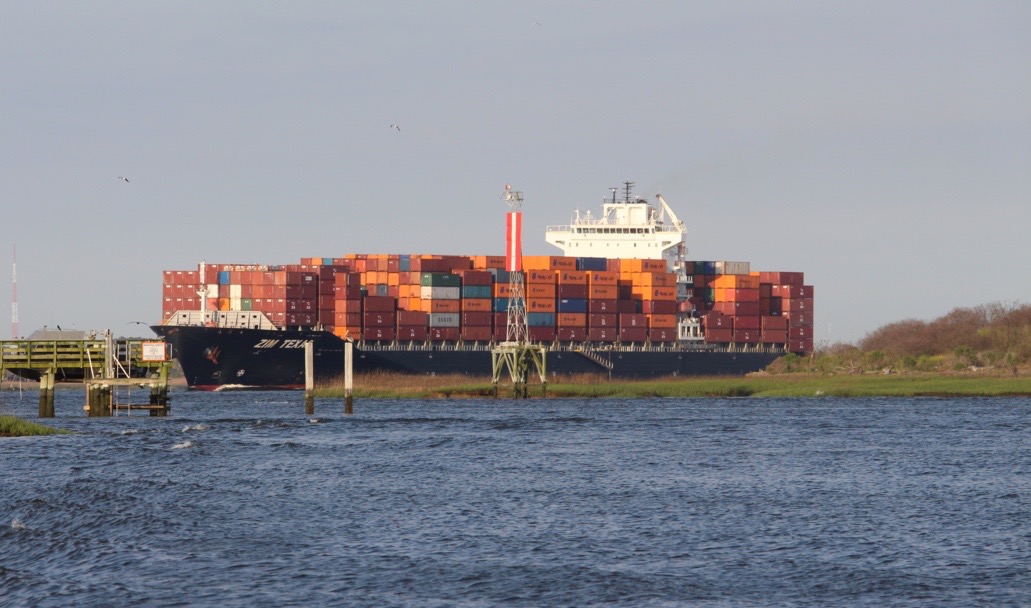 Lost in the cacophony surrounding S.C. governor Nikki Haley‘s ongoing “Refugee Kabuki” was a recent announcement that is – or should – be music to our hears.  After years of evasion, obfuscation and outright lying on the part of the state of South Carolina, plans are reportedly now in the works for the development of a deepwater port in Jasper County, S.C.

Curiously, the announcement was made not long after we published an article ripping the S.C. State Ports Authority (SCSPA) for continuing to drag its feet on the project.

Anyway, here are the specifics of the recently announced agreement …

The SCSPA and the Georgia Ports Authority (a.k.a. the Nikki Haley for Vice President committee) have reached a tentative agreement for the development of a $4.5 billion, 1,500 acre facility on the South Carolina side of the Savannah River.  The goal is to submit paperwork on the proposed facility to the U.S. Army Corps of Engineers prior to Thanksgiving – with the hopes that environmental impact studies can begin in earnest.

If all goes well, the first phase of the project – rumored to cost around $2 billion –  would open in 2030.

Port observers are skeptical about the deal … as they should be.

“I think the devil is in the details of this agreement,” one industry expert told us. ” My sense is that South Carolina and Georgia have agreed to basically put this on hold while they each seek to improve their competitive positions vis-a-vis their ongoing dredging projects. The problem with this approach is that this allows Savannah to maintain its land-side infrastructure advantages and spend its limited resources to draw even with Charleston on ‘useable depth,’ while Charleston spends money maintaining its advantage on unused depth rather than addressing the rail and road infrastructure bottleneck problems that put the SPA at a competitive disadvantage.”

Or you know … building monuments to politicians.

Lending credence to the “delay” theory?  The fact that it’s been eight years since former S.C. governor Mark Sanford reached a deal with former Georgia governor Sonny Perdue to enter into a bi-state compact on the Jasper terminal.

Seriously … it doesn’t take eight years just to arrive at the planning stage for a project like this.  Also, it’s been over a decade since port officials vowed to devote the “full faith and resources” of the state toward the Jasper project.

Observers are also skeptical of the cost estimates.

“Based on a review of construction costs for a number of other recently constructed facilities, both the total project cost and the cost of the first phase appear high,” one source told us. “Normally, the project costs are underestimated because the project sponsors want them to be green-lighted with the idea that once they get started they will become too big to fail.”

One example of this?  The ongoing government-funded Savannah Harbor Expansion Project (SHEP).

“In the case of the Jasper County Ocean Terminal, however, it appears that the costs of the project are being overestimated in order to discourage its supporters from pushing for its immediate completion,” the source added.

In other words the latest “announcement” could be nothing more than another payment of lip service to this vital project – which aims to leverage the competitive advantage of the last remaining deepwater port site on the Eastern Seaboard.

The long and short of the deal is this: South Carolina’s leaders have finally decided (we hope) to partner with Georgia on something they should have done decades ago on their own.  In other words we are belatedly sharing in something that should have already been ours.

Why didn’t they move sooner on the project?  Because wealthy special interests in Charleston, S.C. – which run the state’s port infrastructure – refused to support Jasper.  And then Haley sold the state down the river completely … with disastrous consequences.

Regarding the price tag for this project, one thing that might allay any concerns regarding its feasibility would be permitting private investment in its development.  In fact a pair of longtime Jasper port proponents – S.C. Senator Tom Davis of Beaufort and the late S.C. Senator Clementa Pinckney of Jasper – included language in a bi-state bill passed by lawmakers in 2009 encouraging SCSPA to explore private investment for the Jasper terminal.

“In connection with the development of a port in Jasper County, the authority shall make specific inquiries regarding the merits of using private capital to finance the construction of that port to a greater extent than historically has been used by the South Carolina State Ports Authority in connection with their existing port operations,” the bill stated.

We’ll have to wait and see.  The permitting stage of this project – assuming both South Carolina and Georgia are serious this time – could take up to five years.  At that point the financing questions will come to the fore.

This website has been clear and unequivocal on this issue … for years.  South Carolina needs to leverage its competitive advantages using private investment, not taxpayer money.  While we favor state ownership of port infrastructure, it is clear that government management of these facilities has been a debacle – which is why the Jasper port hasn’t been built and why Charleston has seen its competitive position plummet.