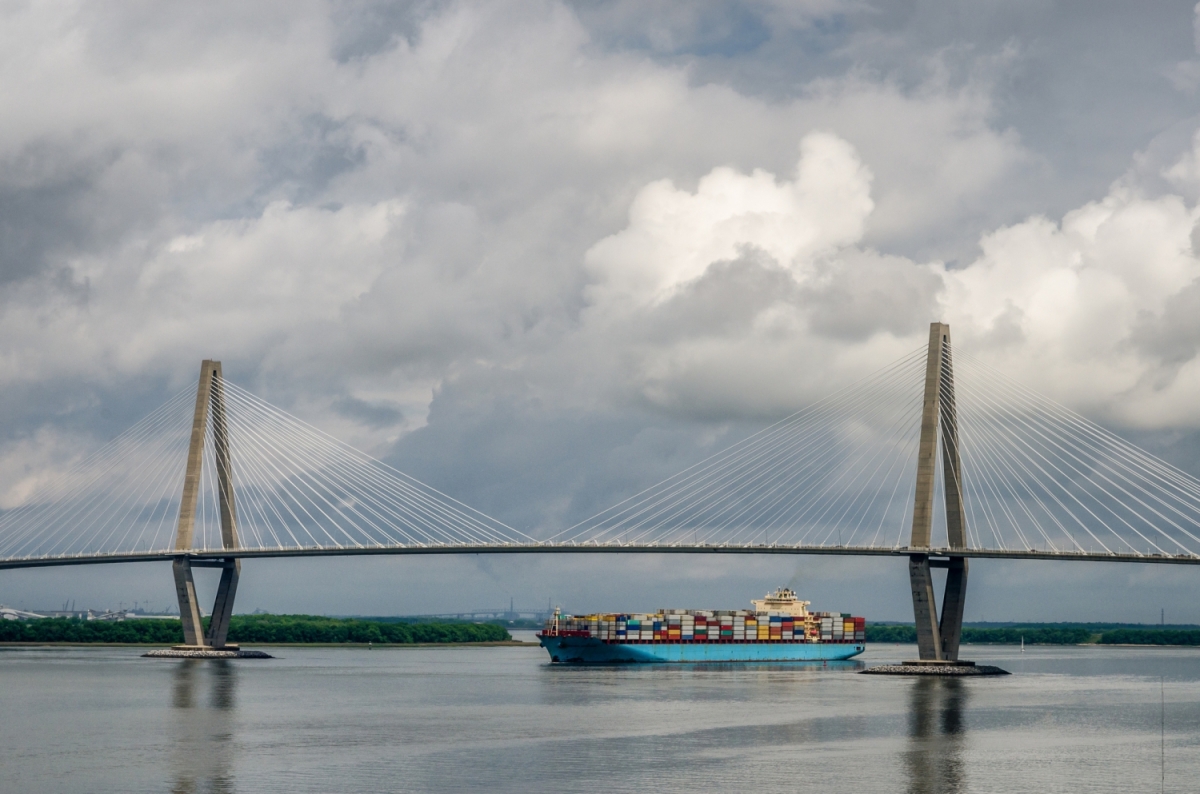 South Carolina senator Tom Davis has been fighting for the better part of the last decade-and-a-half to bring a deepwater port terminal to Jasper County, S.C. – the last remaining location for such a facility on the eastern seaboard.

Davis has also consistently pushed for this terminal to be managed by the private sector (you know … unlike other state-owned projects).

Sadly, Davis has been unsuccessful in his efforts due to ongoing resistance from the S.C. Ports Authority (SCPA) – a government-run entity which has presided over the Palmetto State’s plummeting position when it comes to maritime traffic.  Oh, he wasn’t helped either by former S.C. governor Nikki Haley – whose nefarious “Savannah River Sellout” gift-wrapped a competitive advantage for the rival port of Savannah, Georgia (and nearly dealt a death blow to Jasper).

SCPA officials vowed nearly a decade-and-a-half ago to devote the “full faith and resources” of the state to the construction of a deepwater port in Jasper County.  Instead, they have undermined and sabotaged this project at every opportunity – to the detriment of our state’s economy and (particularly) dirt poor, job-starved Jasper citizens.

In fact a decade after making that pledge, SCPA officials hadn’t even gotten the Jasper project off the ground.

“It has been incredibly frustrating, to say the least, to watch an incredible natural asset like the Jasper port site continue to lie dormant,” Davis wrote in a letter to his legislative colleagues last week.  “It is my hope we can work together … to overcome this inertia and advocate collectively for a project whose impact in our state, according to economic models, would be greater than that of BMW, Michelin and Boeing, combined.”

Davis pointed his fellow lawmakers to a proviso included in the fiscal year 2018-2019 budget that directs the SCPA to take “all action necessary to expeditiously develop a port in Jasper County.”

These actions include the development of a governing structure for the Jasper facility, design of the terminal itself, necessary infrastructure for the project and environmental permitting related to its construction.

In addition to restricting state funding for these specific purposes, the proviso also instructs the SCPA to provide reports to lawmakers in January and June of 2019 as to their progress on the project.

Now … does any of this mean the Jasper port is about to become a reality?

No … it does not.  SCPA officials have made it abundantly clear they are committed to expanding port infrastructure exclusively in Charleston – where there is little room (and lots of local opposition).

Davis is hoping to change their perspective …

In addition to touting this year’s budget proviso, he is urging his colleagues in the S.C. General Assembly to support a $19 million appropriation in next year’s budget (fiscal year 2019-2020) for the initial phase of a $190 million port connector road in Jasper County.

“This would be a strong statement by South Carolina that it intends for the first phase of the Jasper Port to be built and operational,” Davis wrote.

Indeed it would be …

We support such an appropriation, just as we have steadfastly supported the construction of a Jasper port dating back to this news site’s founding nearly a dozen years ago.

This is one of the greatest competitive assets South Carolina has ever been gifted with … and for lawmakers to allow a bunch of corrupt bureaucrats to continue neglecting it (while they run the port of Charleston into the ground) is nothing short of criminal.

The Jasper port must be built.  And once it is, it must be managed by experienced private sector operators – not bickering political appointees.