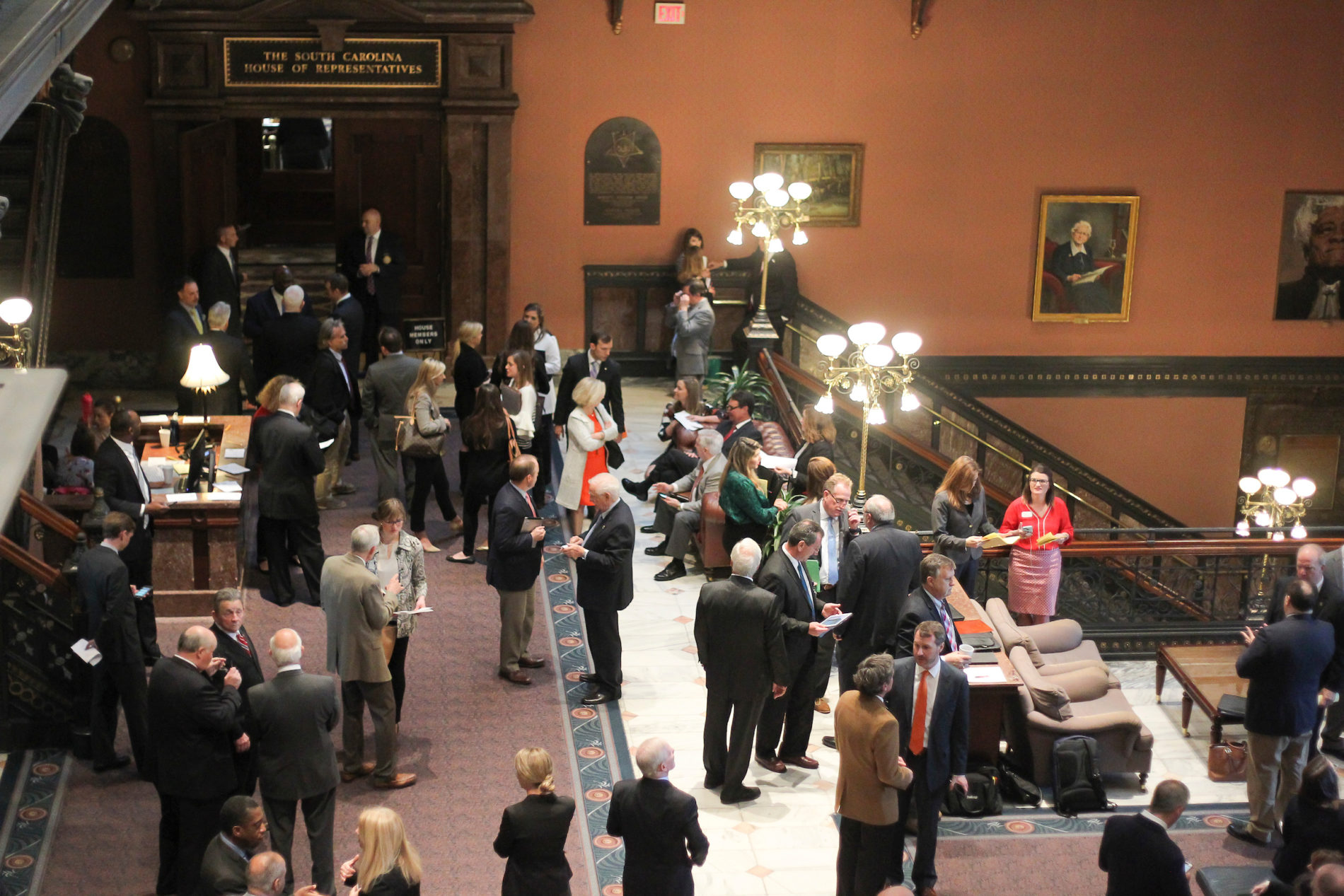 Earlier this month, our news site reported on some questionable raises received by South Carolina state representative Todd Atwater from the S.C. Medical Association –  a special interest group which employed him before and after his election to the S.C. House of Representatives in 2010.

Atwater and the SCMA had a messy divorce last August … but he made out like a bandit for six years before that.

Atwater’s raises from SCMA came as he was voting on numerous issues near and dear to the heart of his employer – something he explicitly told the mainstream media he didn’t do.

“This is exactly the sort of shady, self-serving scam that state lawmakers – and the special interests who bankroll them – habitually pull on Palmetto taxpayers,” we wrote in 2015, when Atwater first began to mull a bid for higher office.  “Todd Atwater needs to make a decision: He can either continue being the state’s top advocate for socialized medicine or he can continue being one of the S.C. General Assembly’s many fiscally reckless ‘Republicans.’ He should not be allowed to continue doing both.”

He was, though … pocketing hundreds of thousands of dollars a year in the process.

Frankly, we can’t believe Atwater has been allowed to skate on this.  As we noted earlier this month, former state representative Rick Quinn lost his job and had to plead guilty to misconduct in office charges for far less clear/ egregious ethics violations.

Why is Atwater getting a pass?

As we noted last fall, Atwater routinely failed to recuse himself from voting on SCMA interests.  In fact, he took it upon himself to decide for himself when he should (or shouldn’t) refrain from voting – telling the public this self-policing policy was okay because he had erected a “Chinese Wall” between his public and private offices.

“Turns out Atwater’s wall was more like a wet paper towel,” we wrote last year.

Earlier this year, we exposed how Atwater habitually advocated on behalf of SMCA interests – even as he was telling the press he “stayed away” from issues involving the group.

According to nonprofit tax forms submitted by SCMA to the Internal Revenue Service (IRS), Atwater saw his compensation steadily increase during the time he was doing his employers’ bidding.

Citizens attempting to track all of this money on Atwater’s filings with the S.C. State Ethics Commission (SCSEC) wouldn’t have known about these raises, though.  According to documents Atwater filed with the SCSEC, he made “only” $42,478 from SCMA in 2011 – and “only” $34,810 in 2015. 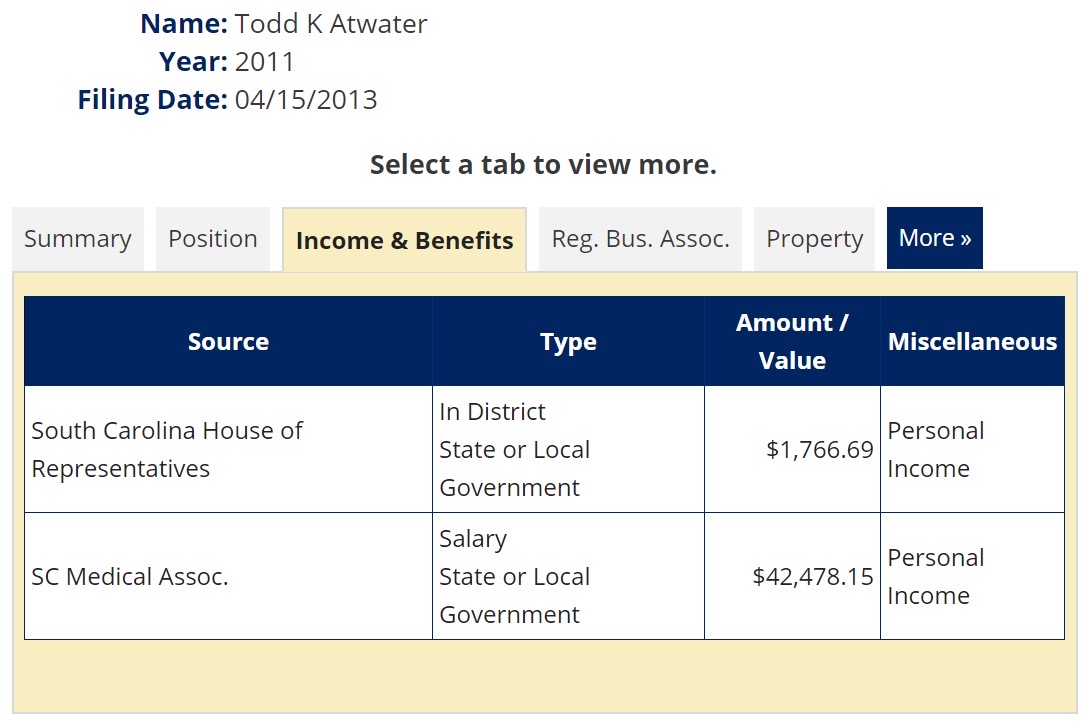 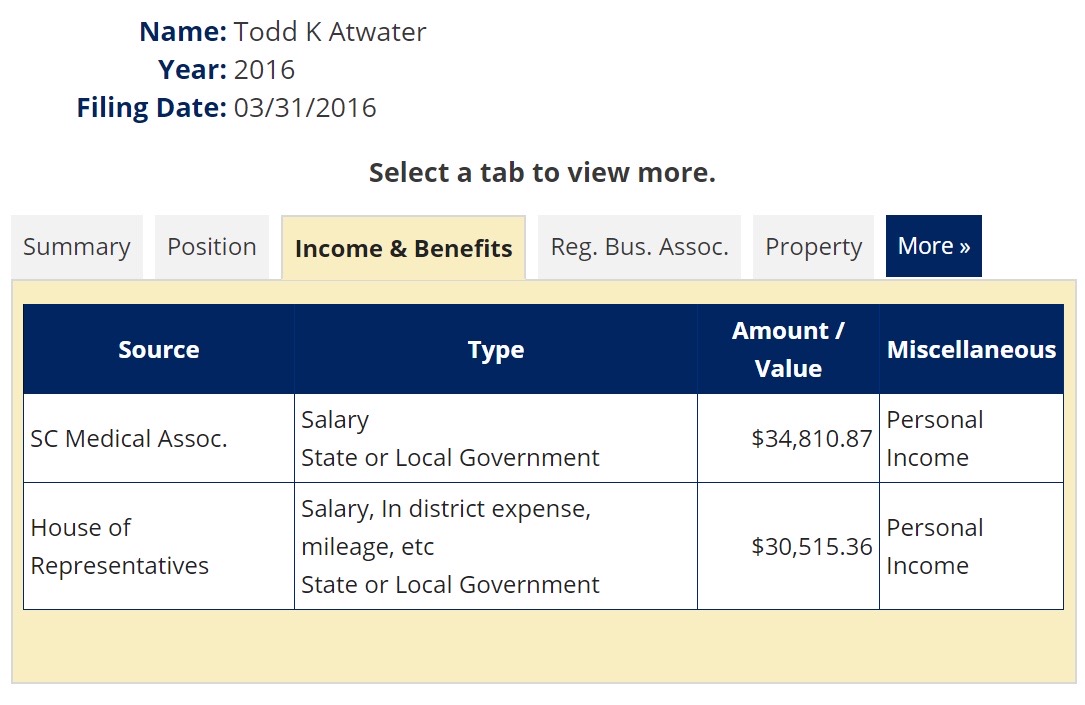 In other words, Atwater reported only a fraction of his income from the organization – and showed that income declining over time.

Again, we are absolutely flummoxed that Atwater hasn’t been hauled before a statewide grand jury – or at the very least brought up on ethics charges by his colleagues in the S.C. House of Representatives.

He is the definition of a pay-to-play elected official, and the fact he has been given a hall pass over the past seven-and-a-half years is nothing less than an indictment of our state’s criminal justice system – which treats powerful “leaders” far differently than it treats the rest of us.

As we noted in our piece earlier this month, “we would call on the appropriate law enforcement and ethics entities to immediately launch an investigation into Atwater’s tenure in the S.C. General Assembly.”

The fact this guy is running as an “ethics champion” in the race for attorney general of South Carolina is an absolutely mockery of the truth.

He must be held accountable … at the ballot box and in our judicial system.

Dan Hamilton: Where Have All The Conservatives Gone?