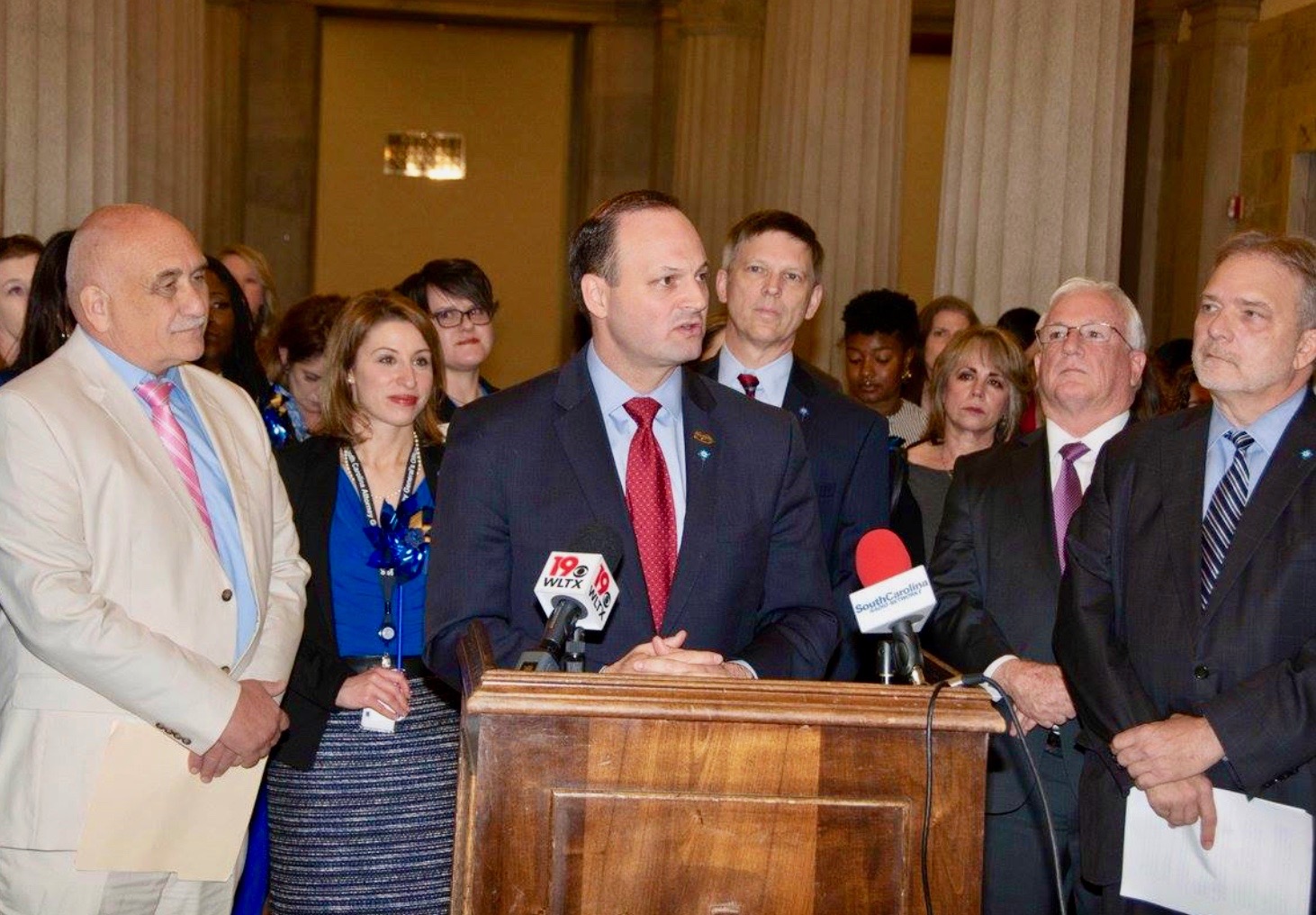 In a result few would have imagined two years ago when he was in the process of torpedoing his promising political career, South Carolina attorney general Alan Wilson won the “Republican” nomination for a third term in office on Tuesday night.

Wilson trounced his opponent – ethically-challenged state representative Todd Atwater – by a resounding margin.  In fact, with nearly half of the vote counted Wilson was doubling up his opponent.

Again … an outcome we never would have imagined two years ago.

Wilson now advances to a general election matchup against Democrat Constance Anastopoulo, who is expected to devote substantial resources into her campaign.

Wilson will likely receive significant support in his battle with Anastopoulo from the Republican Attorneys General Association (RAGA), which endorsed him in the runoff against Atwater.

“Alan Wilson is a fighter,” said Arkansas attorney general Leslie Rutledge, the group’s leader.  “He earned this victory tonight and I know he will continue this momentum all the way to the finish line in November. Alan is the clear choice for South Carolina, he is the only candidate who will uphold the rule of law and stand up for South Carolina. On behalf of all my colleagues, congratulations to Alan Wilson, we are proud to stand with you.”

Got something you’d like to say in response to one of our stories? Please feel free to submit your own guest column or letter to the editor via-email HERE. Got a tip for us? CLICK HERE. Got a technical question or a glitch to report? CLICK HERE. Want to support what we’re doing? SUBSCRIBE HERE.
Banner: S.C. Attorney General