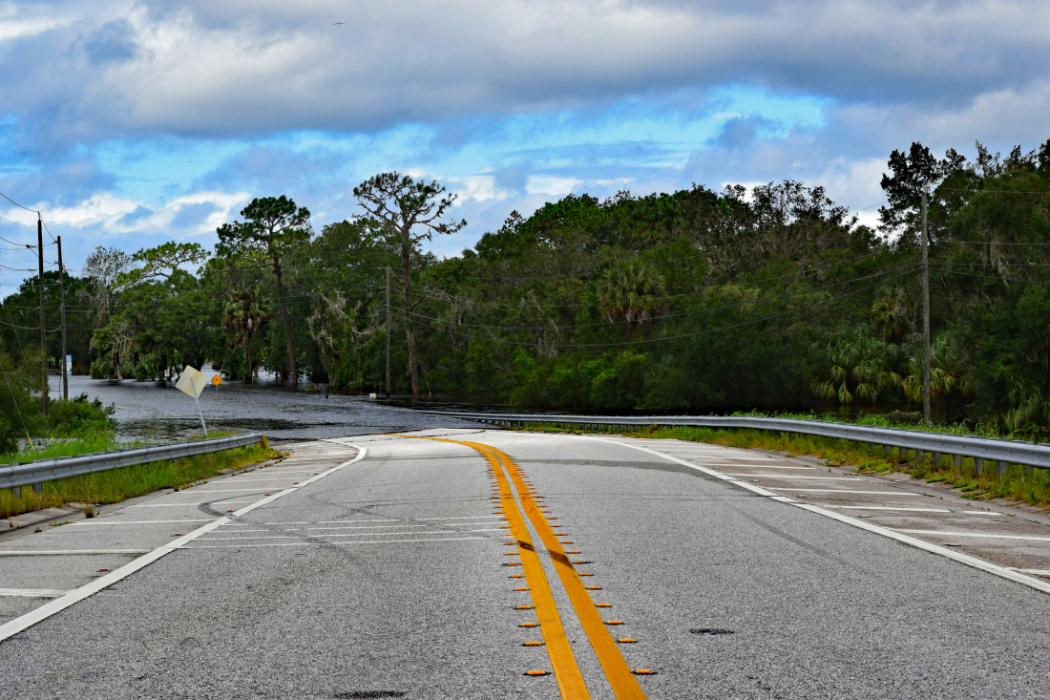 The two women – passengers in an Horry County sheriff’s office van – were chained inside the back of the vehicle when it experienced a “high-water incident” while traveling west on Highway 76.  The two Horry County deputies who were responsible for transporting the women attempted to save them, according to the law enforcement narrative, but were unsuccessful in their efforts.

“The two deputies attempted to extricate the persons being transported,” a statement from the Horry County sheriff’s office noted.  “Floodwater rose rapidly and the deputies were unable to open the doors to reach the individuals in the van.  High water rescue teams arrived and were able to rescue the two deputies from the top of the van.”

According to the sheriff’s office, the two detainees were being transferred from Waccamaw Mental Health in Myrtle Beach and McLeod Loris Hospital in Loris to McLeod Behavioral Health in Darlington, S.C.

It is not immediately clear why such a transfer was attempted given the preponderance of flooding in the area due to Hurricane Florence.  We suspect that question will figure prominently in a host of investigatory and legal narratives in the days and weeks to come.

According to reporter Summer Dashe of WPDE TV-15 (ABC – Myrtle Beach/ Florence, S.C.), “many of the roads in (in the area) are closed because of flooding.”

An investigation of these drowning deaths is being led by the S.C. State Law Enforcement Division (SLED), whose agents were dispatched to the scene late Tuesday.

According to reporter Meg Kinnard of the Associated Press, as of Wednesday morning both bodies remained inside the submerged truck – with flood waters around the vehicle rising by more than two feet since the incident took place.

“Tonight’s incident was a tragedy,” Horry County sheriff Phillip Thompson said. “Just like you, we have questions we want answered. We are fully cooperating with the State Law Enforcement Division to support their investigation of this event.”