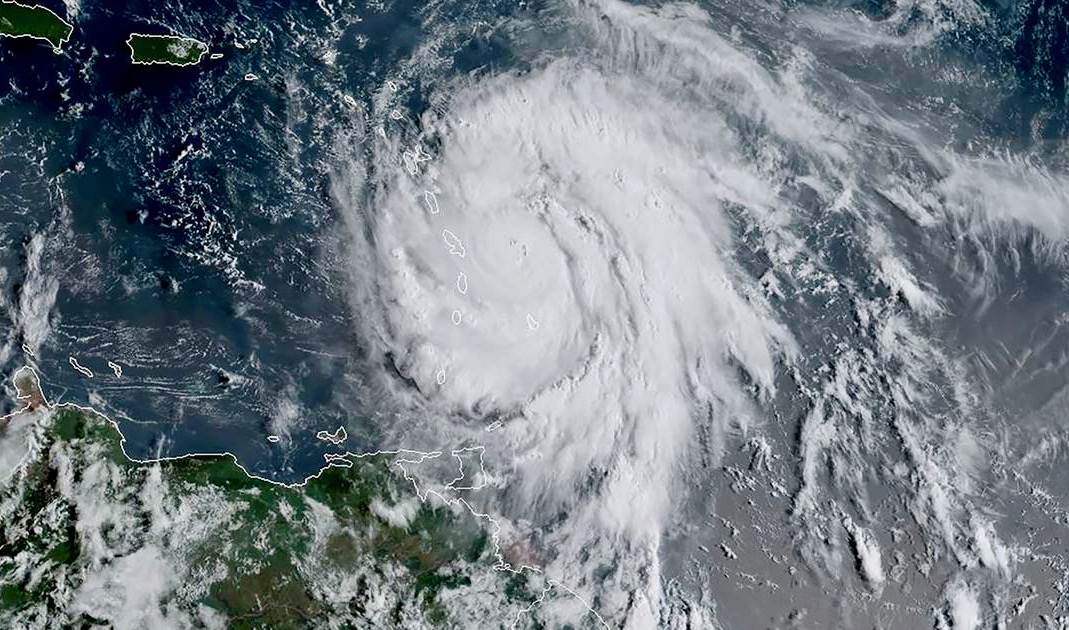 The 2017 Atlantic hurricane season has been a busy one … especially for this website’s founding editor, Will Folks.  He mocked one of this year’s signature storms – and paid the price for it.

Will he show due respect this time?  Probably not …

With another monster storm on the horizon, though, perhaps he should.

Hurricanes Harvey and Irma have already given the tropical record books quite a run … while introducing us to the concept of #FakeWeather (i.e. ratings-driven forecasting).

The latest system to enter this vortex of meteorological madness?  Hurricane Maria – a category five monster that’s currently bearing down on the Caribbean.

As of this writing, Maria is located approximately 150 miles southeast of St. Croix – moving west-northwest at ten miles per hour.  She’s packing maximum sustained winds of 160 miles per hour, and is forecast to “remain an extremely dangerous category four or five hurricane until (moving) near or over the Virgin Islands and Puerto Rico.”

At this point, forecasters believe Maria will soon begin making a turn to the north that could keep her away from the continental United States.  That’s not going to help Puerto Rico, but it could spare an already battered American mainland further devastation. 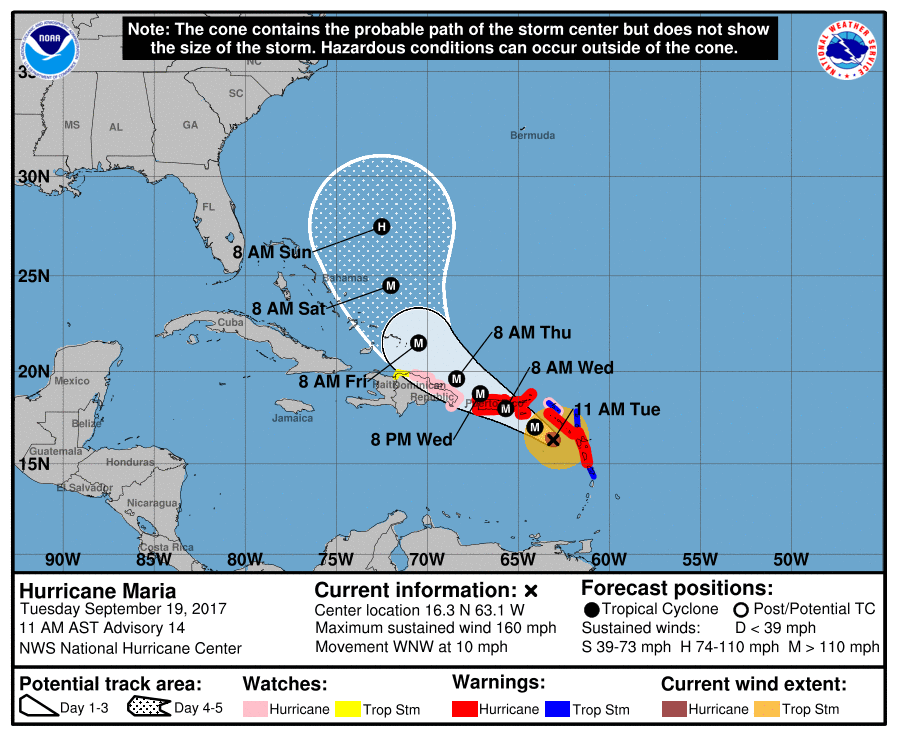 Of course, as we learned during Hurricane Irma’s approach to the east coast, extended hurricane forecasting (in the United States, anyway) is far from an exact science.

American models badly missed the mark with regard to Irma.  The storm was projected to batter Florida’s east coast before plowing into South Carolina as a category three system.  Instead it sliced up the west coast of Florida before moving into Georgia as a tropical depression.

Meanwhile, Harvey caught everyone completely off guard – transitioning from a disorganized mass of low pressure to a category four system in the space of less than forty-eight hours.

That’s not nearly enough time for the intentional fear-mongering of Jim Cantore to kick into high gear.

“I have to paint the worst possible scenario,” Cantore told The Miami Herald upon his arrival in town in advance of Irma. “It would be a disservice to do otherwise.  There are dark skies ahead potentially.  God help us.”

Like his forecasting – that’s inaccurate.  Cantore does a disservice to the public when he does anything other than accurately report on the weather.

Because inaccurate reports fuel the belief that forecasts, like everything else in our society these days, simply cannot be trusted …

Stay tuned.  We will continue to keep a close eye on Maria.

In the meantime, thoughts and prayers to those in Puerto Rico who are about to feel the full fury of the storm.

Sex Sells (And Gets Your Power Turned Back On)