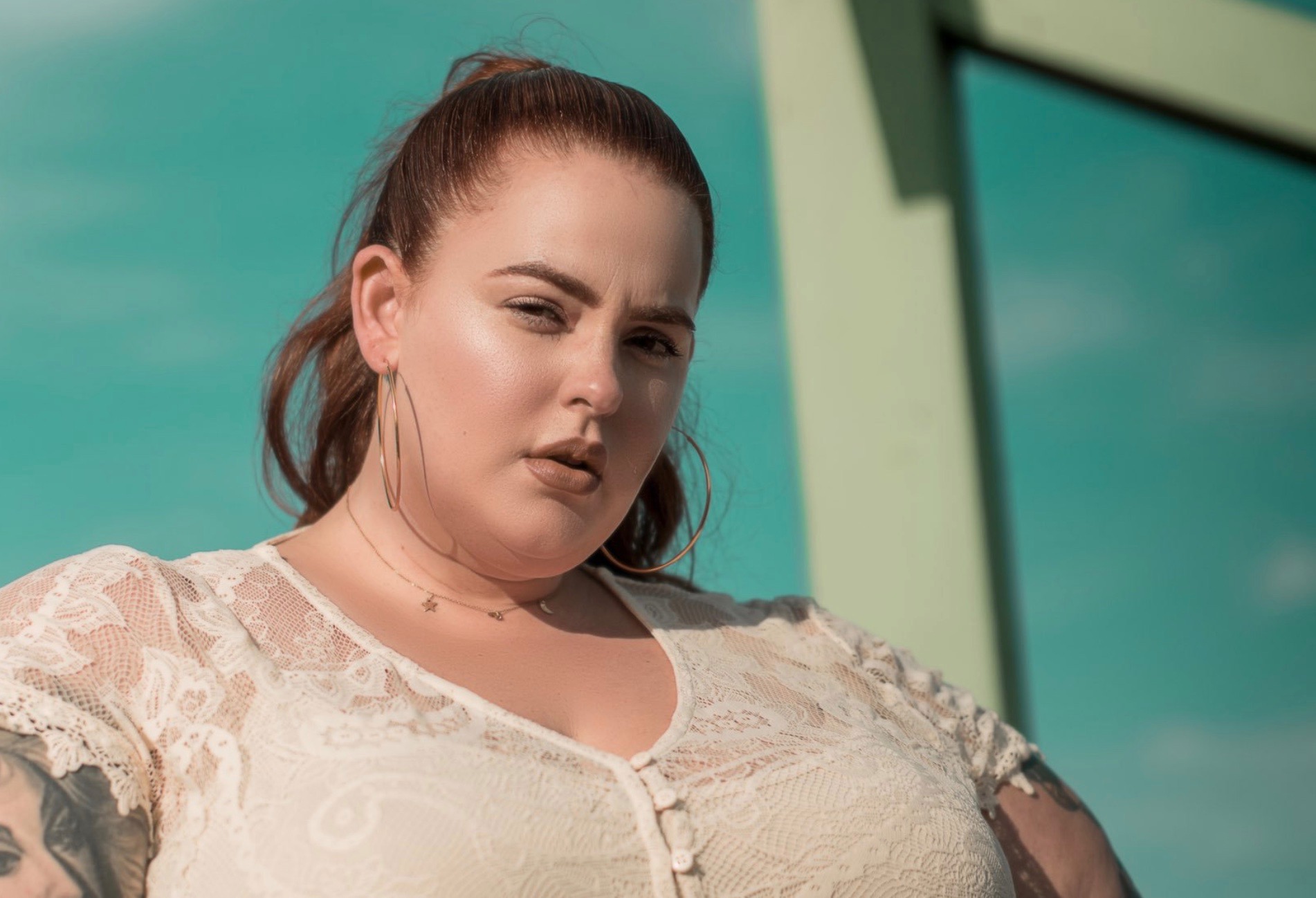 Until this week, we had never heard of the term “body positive activist.”  Apparently, though, it is one of many titles belonging to Tess Holliday (a.k.a. Ryann Maegen Hoven) – who is best known by the term “plus-sized model.”

A 33-year-old native of Laurel, Mississippi, Holliday is an author/ reality television star who appeared on the most recent cover of Cosmopolitan magazine (well, the UK edition anyway).

Holliday stands 5-foot-3 and weighs, well … a lot.  At least 300 pounds, judging by appearances.  Which, when you get right down to it, is what this whole debate is about.

Not surprisingly, a fat girl (Holliday embraces that term) appearing on the cover of a publication that typically glorifies borderline anorexic women has sparked a furious debate over health and beauty in our society.  Some say Holliday’s pictures are beautiful and empowering.  Others say they are repulsive and “dangerous.” 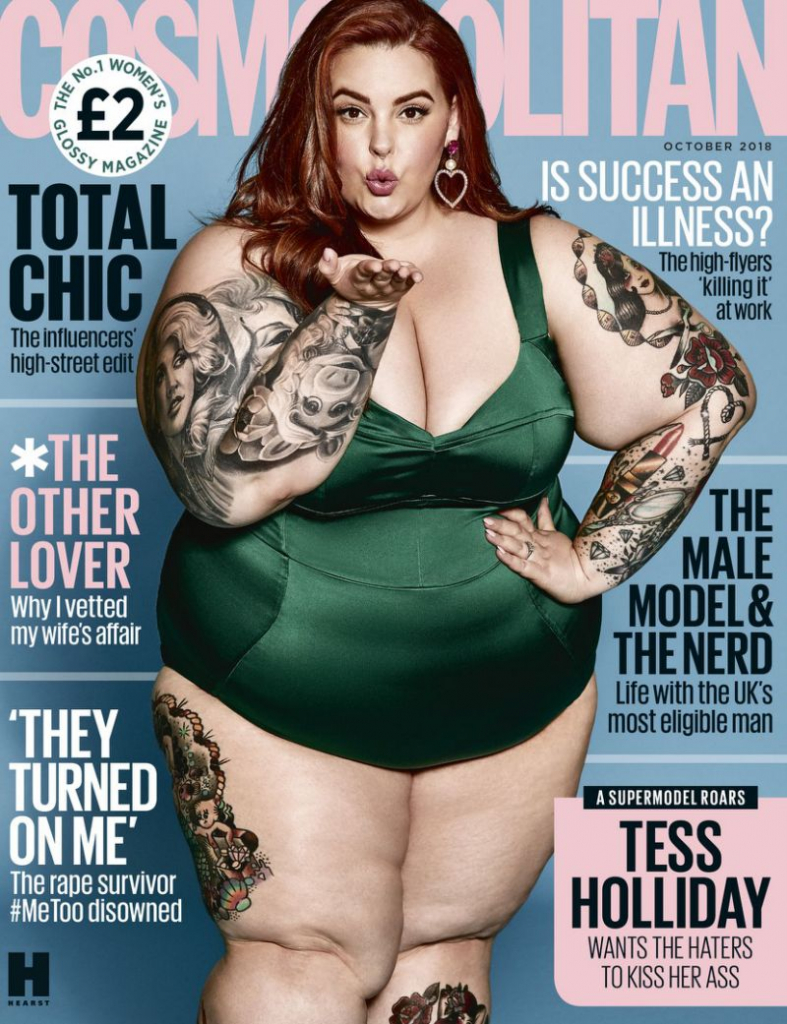 One prominent liberal was repulsed.

“As Britain battles an ever-worsening obesity crisis, this is the new cover of Cosmo,” talk show host Piers Morgan noted last week.  “Apparently we’re supposed to view it as a ‘huge step forward for body positivity.’  What a load of old baloney.  This cover is just as dangerous and misguided as celebrating size zero models.”

Holliday has her defenders, though.  Feminist Rebecca Reid viewed her appearance on the cover of Cosmo as uplifting to women – and slammed those criticizing Holliday as hypocrites.

“How many magazines (not Cosmo specifically) have featured teenage models?”she wrote. “Models with eating disorders?  Actresses who’ve taken drugs in the bathroom on the shoot?  And yet there was no outcry there.  That’s the pretty kind of unhealthy, so that’s okay.

“Having Tess Holliday on the cover of a magazine is not going to make any thin person try to deliberately gain weight,” Reid continued.  “What it might do is make a plus sized woman feel happy about herself.  Make her feel represented.  Make her feel that she deserves to be seen.  For some overweight people, feeling good about themselves might actually lead to the self love and confidence required to achieve weight loss.  Or it might not.  It might mean that they live a fat and happy life.  Which is also totally fine and totally not your business.”

Holliday is a successful model who – as she recently popped off to a critic – pays her own health care and “makes more in one day than you make in a year.”

Good for her.  Whatever you (or we) think of Holliday’s appearance, the marketplace has decided it has value.  That she has value. 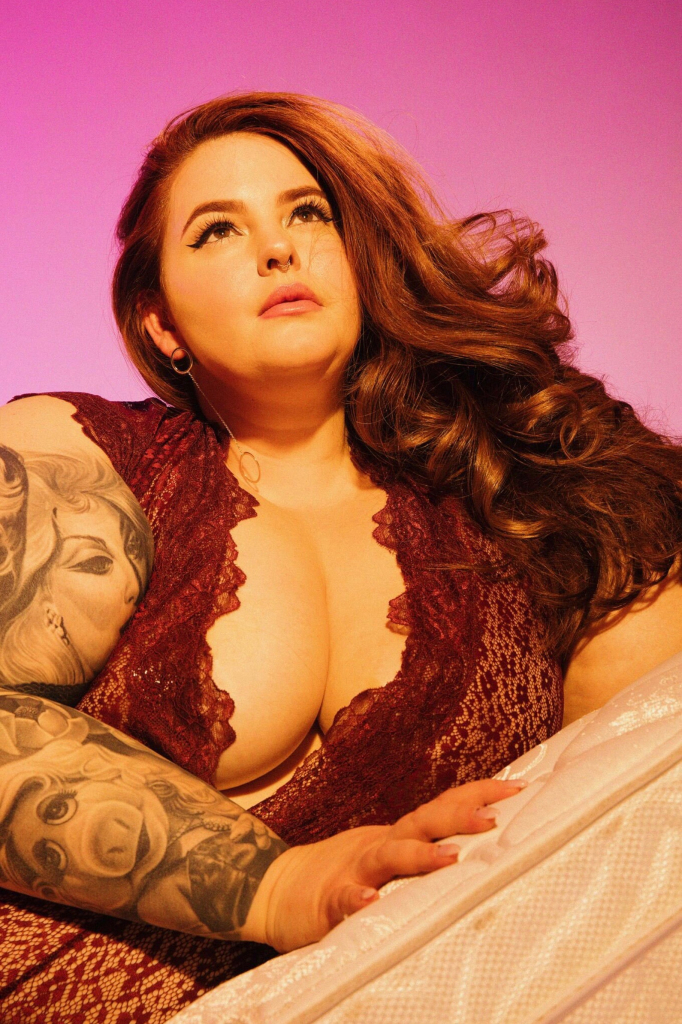 Holliday hasn’t always felt that way, though.  In fact as recently as this spring she was suffering from depression thanks in no small part to people making fun of her size.

“I remember very vividly driving in the car with Bowie [her two-year-old son] and I thought to myself, ‘I wish I could just disappear. I wish I could vanish,'” she told the publication.  “It felt at that point like I was causing everyone around me so much pain. It felt like a never-ending black hole. I was so tired of hurting … I just didn’t want to be here any more.”

With more than three million social media followers, Holliday has campaigned for years against “beauty standards” that she believes trap women in a vicious cycle of shame and binging.

“I was angry and sad that people kept commenting on my pictures saying, ‘You’re too fat to wear that!’ or ‘Cover up! No one wants to see that!'” she told Cosmo.  “And then one night I was lying in bed and thought, ‘F*ck that!’  So I posted an image with four photographs of myself wearing things that fat women are often told we ‘can’t wear’, and encouraged others to do the same.”

They did … by the hundreds of thousands.

Of course there is a flip side to all of this empowerment.  While Holliday indeed pays her own health care, tens of millions of obese Americans cannot say the same thing.

Think there is some overlap there?  We do …

Nationwide, estimated health care costs related to obesity range from $150 billion to $210 billion a year – with another $3 billion to $4.3 billion in annual revenue lost as a result of diminished productivity, according to data collected by StateOfObesity.org from various sources (including the U.S. Centers for Disease Control and Prevention).

Indeed it would, but … this is another vicious cycle from which it is difficult to escape.

For starters, eating healthy is more expensive than eating crap – and many low-income families simply cannot afford to pay the extra $2,000 to $3,000 a year at the grocery store.  Also, exercise is a time-consuming activity – and people who work two or three jobs just to make ends meet do not always have the luxury of carving out an hour (or even a half-hour) each day for physical activity.

What’s a country to do?

Clearly we are dealing with something much “bigger” here than just a plus-sized model’s personal journey.  And we will be the first to admit we don’t have all (or even a few) of the answers.  We plan on studying up on this issue, and would invite our readers to submit articles, studies, ideas and other thoughts as we do so.

In the meantime, here is a survey on Holliday’s Cosmopolitan cover …

Tess Holliday's Cosmopolitan cover should be ...

Got something you’d like to say in response to one of our stories? Please feel free to submit your own guest column or letter to the editor via-email HERE. Got a tip for us? CLICK HERE. Got a technical question or a glitch to report? CLICK HERE. Want to support what we’re doing? SUBSCRIBE HERE.
Banner: @Tess_Holliday