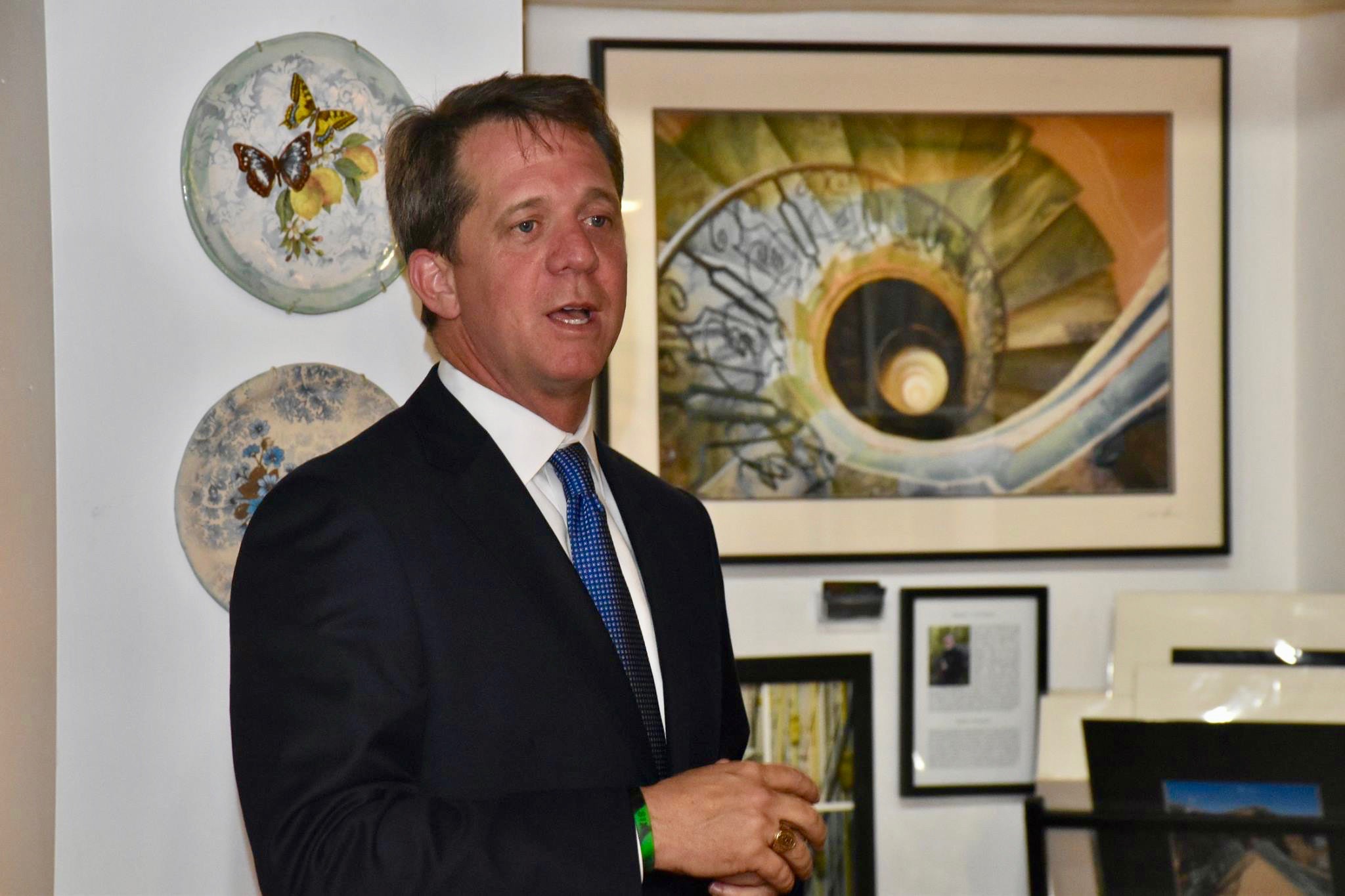 South Carolina Democratic gubernatorial nominee James Smith is going to have to fight for his spot on the November 2018 ballot after his attempt to run as a “fusion” candidate backfired spectacularly.

Smith attempted to run as the gubernatorial nominee of the Libertarian Party, the Green Party and the Working Families Party – which would have placed his name on the November ballot four times, had he been successful.

Is that legal?  Yes.

Candidates often run as the nominee of multiple parties in an effort to attract more votes.  In the most recent U.S. Senate race, for example, Democratic party nominee Thomas Dixon also appeared on the ballot as the Green Party nominee and the Working Families Party nominee.

There’s a catch, though.  You have to win all the other nominations for the plan to work.

South Carolina has a sore loser law – which has been upheld in federal court – barring any candidate who fails to capture a partisan nomination battle from appearing on the ballot in the general election.  In other words, Smith could conceivably be forced to forfeit the Democratic nomination as a result of his failed experiment with these smaller parties.

Both the Green Party and Working Families Party have endorsed Smith’s 2018 bid, but they did not choose Smith as their nominee – at his request.  Meanwhile the Libertarians held a vote on his nomination – and rejected him.

Now the Libertarian Party is asking the S.C. Election Commission (SCVotes.org) to decertify Smith as the Democratic nominee – something the agency appears disinclined to do.

“Considering the candidate withdrew on Friday, before the vote on Saturday, I would think it would be moot,” the agency’s spokesman Chris Whitmire recently told The (Columbia, S.C.) State newspaper.

That’s a generous interpretation of the law.

Meanwhile the campaign of “Republican” incumbent Henry McMaster has indicated it has no plans to file a lawsuit challenging Smith’s spot on the ballot.

This is a big deal, people …

We have spoken about the Smith fiasco with several election lawyers in recent days … “Republicans,” Democrats and a few unaffiliated with either party … and all of them believe he is technically in violation of the law.  Having said that, none of them see a scenario in which he loses his spot on the ballot.

“From a legal standpoint, it’s definitely problematic,” a veteran GOP election attorney told us.  “Once you ‘apply’ to be the nominee, it’s a strained argument to say that quitting your effort does not trigger the sore loser law.  Second, it’s almost unimaginable that the S.C. Supreme Court would throw a major party nominee off the ballot – even if that’s what the law required.  It would be easy to write a (disingenuous) opinion saying the sore loser law doesn’t apply on these facts.  My bet is that’s what the court would do.”

A Democratic lawyer agreed Smith would likely keep his place on the November ballot even though they acknowledged a “compelling case” could be made against him.

“You cannot disenfranchise the Democratic electorate over a technicality,” the attorney told us.  “James voluntarily ended his third party candidacies before any votes were taken.  He is the Democratic nominee, and no sore loser law applies to any of the other parties.”

One libertarian-leaning attorney – who votes “Republican” and is unaffiliated with the Libertarian Party – disagreed.

“They voted on his nomination,” the attorney said referring to the Libertarian Party.  “That is a sufficient trigger (for the sore loser law) in my mind.  The fact he withdrew prior to the vote is irrelevant.”

The attorney equated Smith’s decision to drop his bid for the Libertarian nomination to a basketball team forfeiting a game.

“It’s a loss not a draw when you fail to show up,” the lawyer said.  “You still lose the game.  He lost the other two ‘games’ (the Green and Working Families nominations) when he failed to show up, too.”

Of course the libertarian-leaning attorney agreed that there was “little chance” the S.C. Supreme Court would interpret the matter that way.

As we noted in our original treatment of this saga,  “we understand what Smith was trying to do.”

“Rather than letting other candidates run under the banner of traditionally liberal partisan labels (although we would argue the Libertarian brand is incompatible with the Democrats on fiscal issues), Smith wanted to secure these votes for himself by becoming their nominee,” we wrote.  “The goal was to essentially lock up all the far left votes and – assuming his Libertarian Party gambit had paid off – a few centrist votes, as well.”

The gambit is absolutely not paying off, though …

According to our sources at the election commission, the agency has yet to receive a request to decertify Smith from the ballot.  Based on its public comment, though, it seems highly unlikely to take such an action – meaning an “aggrieved” party would have to raise the issue in state court (likely naming the commission as a defendant).

Should the South Carolina Supreme Court boot James Smith off of the ballot?

Got something you’d like to say in response to one of our stories? Please feel free to submit your own guest column or letter to the editor via-email HERE. Got a tip for us? CLICK HERE. Got a technical question or a glitch to report? CLICK HERE. Want to support what we’re doing? SUBSCRIBE HERE.
Banner: James Smith for Gvoernor