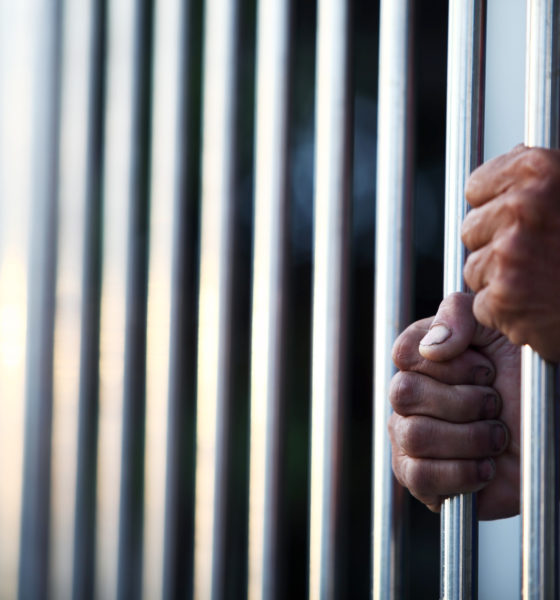 Nearly a month after he was accused of ritualistically sacrificing his mother’s dog (and proclaiming himself as the second coming of Jesus Christ), former South Carolina GOP executive director Todd Kincannon has finally been arrested.

Kincannon, 37, has been charged with “ill treatment of animals – torture.”

That’s the felony version of cruelty to animals … and if Kincannon is found guilty of this charge, he would be imprisoned for a mandatory minimum of 180 days (and could face up to five years behind bars).

Kincannon was booked on Friday at the Greenville County detention center.

In addition to his latest charge, Kincannon is also staring down felony kidnapping and criminal domestic violence charges following a 2015 incident involving his ex-wife, Ashely Griffith.  Those charges could ultimately land Kincannon in jail for a much longer stretch of time.

The self-styled “Honey Badger of American Politics,” Kincannon built up a small but loyal cult following on Twitter and Gab via his rabid ultra-right-wing musings.  He was eventually suspended by Twitter, however, and about three months ago his Gab account went dark.

As we exclusively reported two weeks ago, Kincannon’s custody situation in the aftermath of the incident at his parents’ home – where he has lived for the last few years – has been confusing.

Days after the incident South Carolina attorney general Alan Wilson informed officers of the Simpsonville, S.C. police department that his office would be requesting “no bond” in Kincannon’s animal cruelty case.  Despite this, the politico was released from an Upstate hospital the following Monday … to his parents.

For several hours after being discharged from Greenville Memorial Hospital, police had no idea where Kincannon was.

That strikes us as exceedingly negligent in light of the scene officers uncovered upon their arrival at Kincannon’s parents’ home in the early morning hours of July 26.

Upon entering the residence, officers located “a deceased medium sized brown and black dog” on the floor of the kitchen – an animal which “appeared to have suffered numerous stab wounds and was laying in a large pool of blood.”

“Several suspect puncture marks” were observed on the left side of the deceased dog, and two knives covered in “blood stains and dog hair” were discovered in the kitchen sink.

Kincannon reportedly told police that “every 1,000 years Jesus needs a sacrifice and blood must be spilt.”

He told them he had received a command from God to sacrifice the dog, and that his conduct was legal because South Carolina’s constitution recognizes God as a sovereign authority.

“The last time you saw me, you didn’t recognize me,” Kincannon told officers, according to the initial law enforcement narrative of events. “I’m Jesus.  I’m not making it up.  I have a sign.”

Stay tuned … we will continue to keep our readers in the loop regarding the latest on this unfolding drama.