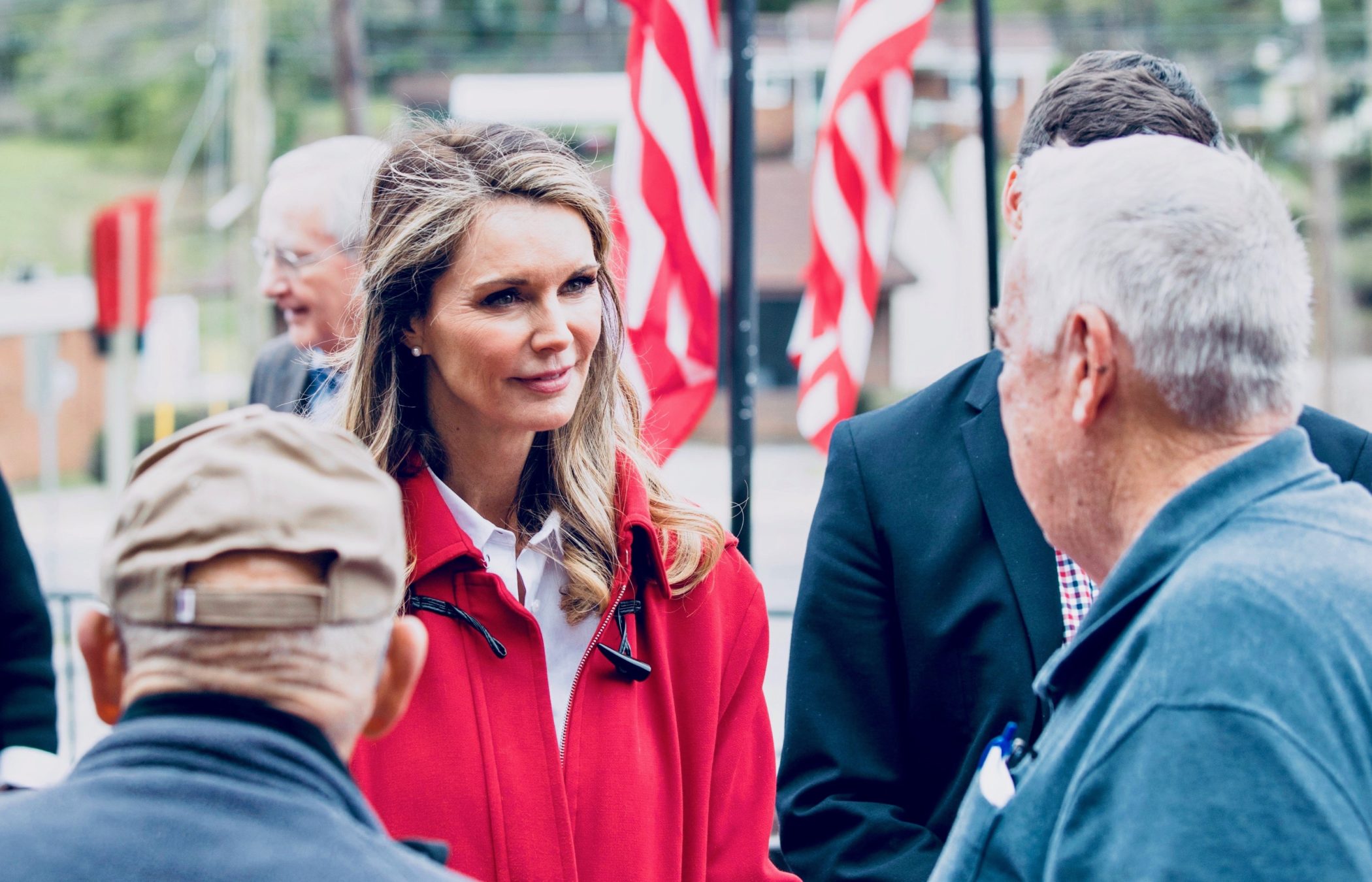 That’s the punch line of Pierce’s new 60-second television spot, which is airing hot and heavy across the Upstate as the crowded race to replace U.S. congressmen Trey Gowdy approaches the wire.  A dozen candidates are on the ballot this coming Tuesday (June 12), and Pierce is hoping she will be one of two to advance to a “Republican” runoff on June 26.

In partisan primary elections in the Palmetto State, if no candidate receives a majority of votes (fifty percent plus one) on the first ballot – a runoff election between the top two vote-getters takes place two weeks later.

Will Pierce make the cut?

She certainly knows who is standing in her way …

Pierce’s 60-second ad – entitled “The Swamp” – generally takes aim at “these guys,” her eleven male opponents.  However it does single out three of them in particular (albeit not by name).

“The man leading the polls wants to take us back to flying the Confederate flag over our State House,” Pierce says in the spot.

That’s an obvious reference to former state senator Lee Bright, who many believe is already a lock to claim one of the two #SC4 runoff spots.  Bright was one of three state senators who voted against removing the flag from the grounds of the S.C. State House back in the summer of 2015.  He has also frequently embraced the idea of South Carolina seceding from the United States.

(Secession really isn’t all that crazy the way things are going in Washington, D.C. … but that’s another story for another time).

“Then there’s the one who flip flops, who hasn’t finished his first term and wants to run for a different office,” Pierce says.

That’s a reference to William Timmons, the first-term state senator from Greenville, S.C. who has been accused of flip-flopping on a major debate related to the Greenville Health System (GHS).

“Or there’s this guy … his biggest qualifications are he’s been on TV and he paid for his own radio show in order to become our politician,” she says.

That’s a shot at Josh Kimbrell, the Spartanburg County “Republican” party chairman and radio host who is vying with Timmons and state representative Dan Hamilton for a spot in the runoff against Bright.

Here is her spot …

“Vote for the same and you’ll get more of the same,” Pierce says in the spot, summing up her rivals.

In a news release accompanying the ad, Pierce reiterated her concern over Bright’s support for the Confederate flag.

“A confederate flag back on our State House would be detrimental to the success of our workforce and our economy, improving race relations is paramount to the continued success of South Carolina and the fourth district – and yet, the candidate leading the polls not only wants it back up there, but has voiced numerous times he seeks secession,” Pierce said.  “One has to wonder at what point in history – the 1960s or the 1860s – that he would like to revert South Carolina back to.”

This news site was the first media outlet in the state to call for the flag to come down in the aftermath of the “Holy City Massacre.”

Unlike former governor Nikki Haley (a former flag supporter), we didn’t have to stick our finger in the wind to figure out which way it was blowing.

Having said that, we were thoroughly disgusted with how flag supporters were demonized during that process … as well as the disrespect demonstrated during the ceremony to remove the banner.

“Don’t get us wrong: The flag had to come down,” we wrote in June of 2015.  ” And we’re glad it is down.  And we expended plenty of our own political capital in the fight to bring it down – losing several friends (and probably several thousand loyal readers) in the process.  But there’s a right way and a wrong way to do something – even when you’re in a hurry to do it.  And while the national media is hailing South Carolina for doing something right for a change … the truth is we didn’t.”

Bright’s campaign was not immediately available to respond to Pierce’s ad.