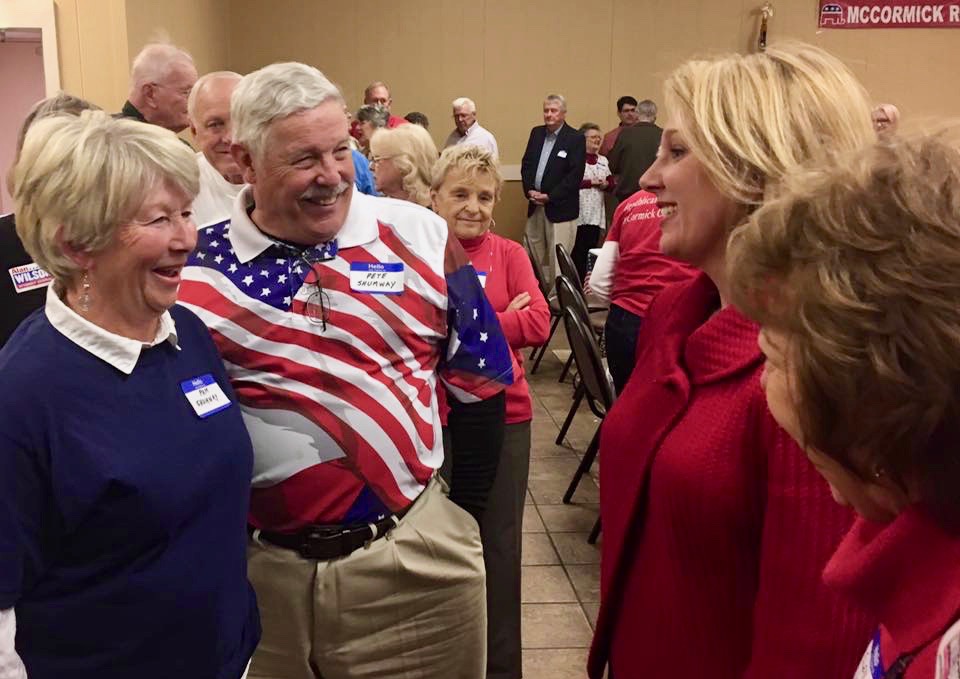 South Carolina gubernatorial candidate Catherine Templeton has issued cease and desist letters to television stations across South Carolina in response to a new television ad alleging that she was fired from three government jobs.

The 30-second spots –  run by a group calling itself The Palmetto PAC – claim Templeton was terminated as director of the S.C. Department of Health and Environmental Control (SCDHEC), as a consultant with the S.C. Department of Revenue (SCDOR) and finally as a legal and political advisor to the S.C. Ports Authority (SCPA).

The ad is riffing off of a recent dust-up in which The (Charleston. S.C.) Post and Courier used anonymous sources to allege that Templeton had been fired from her job at SCDHEC.  This allegation was debunked by former S.C. governor Nikki Haley and by former SCDHEC chairman Allen Amsler – but the paper ran the story anyway.

The ad comes just days after incumbent “Republican” governor Henry McMaster launched his own negative ad against Templeton – who along with Upstate businessman John Warren is giving the 71-year-old career politician a run for his money in this year’s GOP gubernatorial primary.

Clearly McMaster and his minions view Templeton as their biggest threat, a contention supported by most of the internal polling we’ve seen in this race.

According to a copy of the cease and desist letter obtained by this news site, the McMaster … err, Palmetto PAC ad “blatantly misrepresents Ms. Templeton’s job history and lies about her state employment to mislead South Carolina voters.”

“This advertisement’s claims are provably false,” the letter continued. “In fact, Ms. Templeton’s primary opponents have repeatedly failed in their attempts to spread this lie, and their only ‘success’ in this regard has been to convince the Post and Courier‘s staff to sacrifice their journalistic standards to contradict their own previous reporting on these issues.” 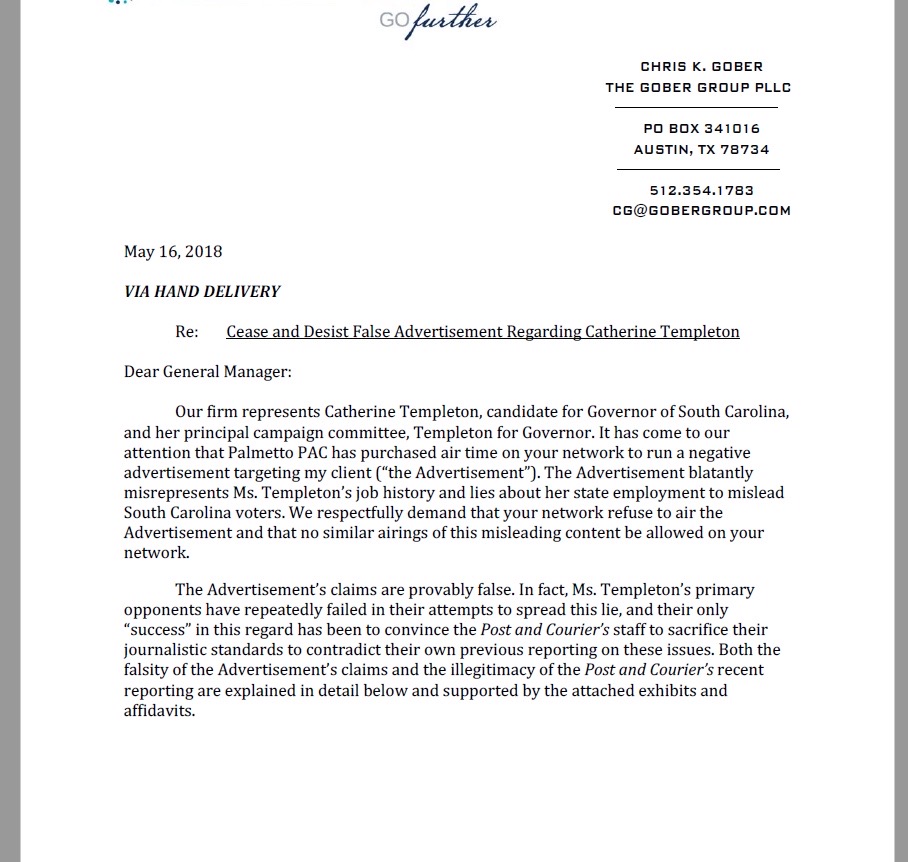 Accompany Templeton’s demand letter was a detailed packet of exhibits

Included among them?  An affidavit from Amsler in which he stated definitively that “Templeton was not fired” from SCDHEC, nor “pushed out of” SCDHEC and that he never “asked for, sought, requested nor encouraged” her to step down.

“In fact, I encouraged Templeton to remain at (SCDHEC),” Amsler stated in the affidavit. 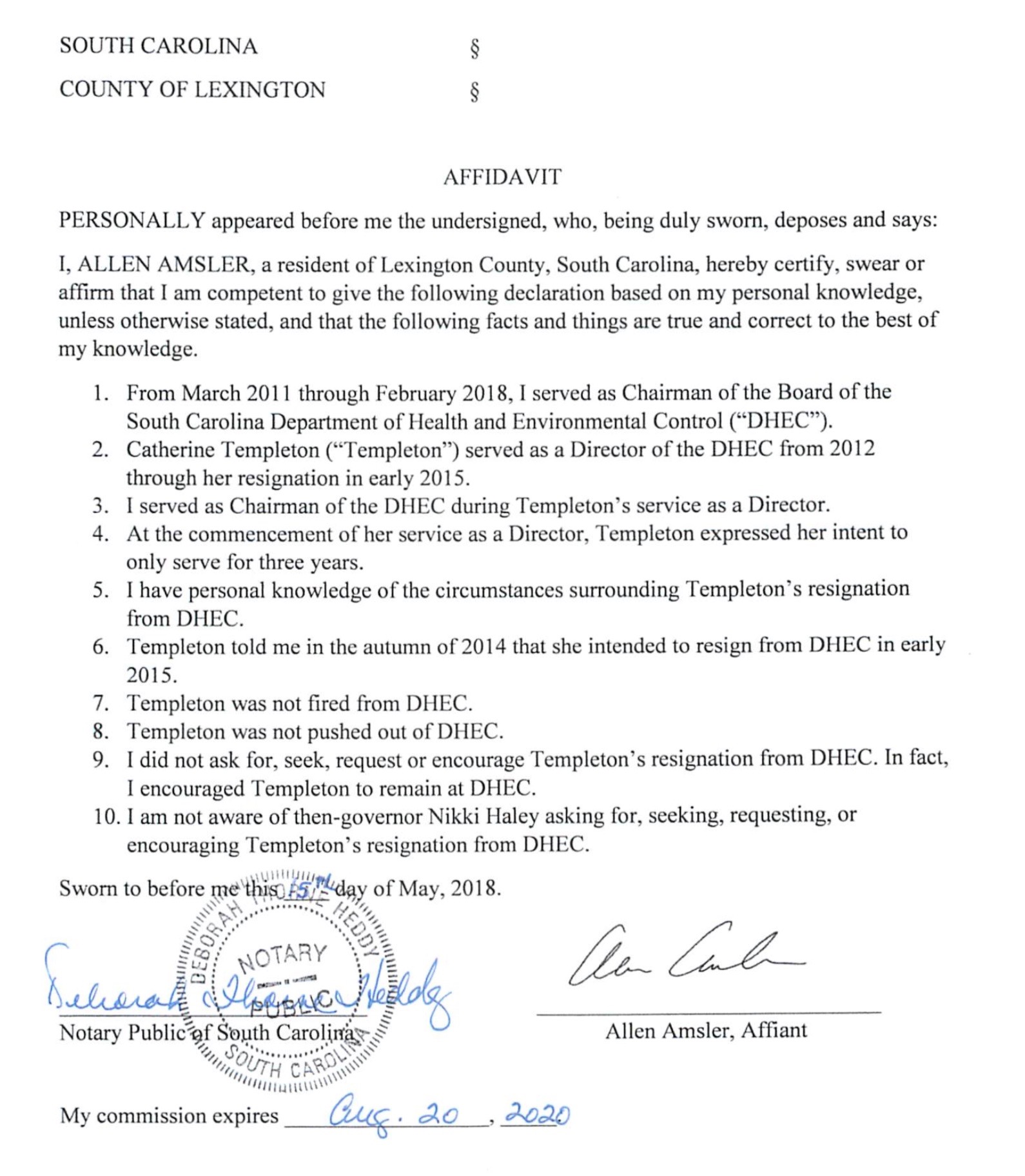