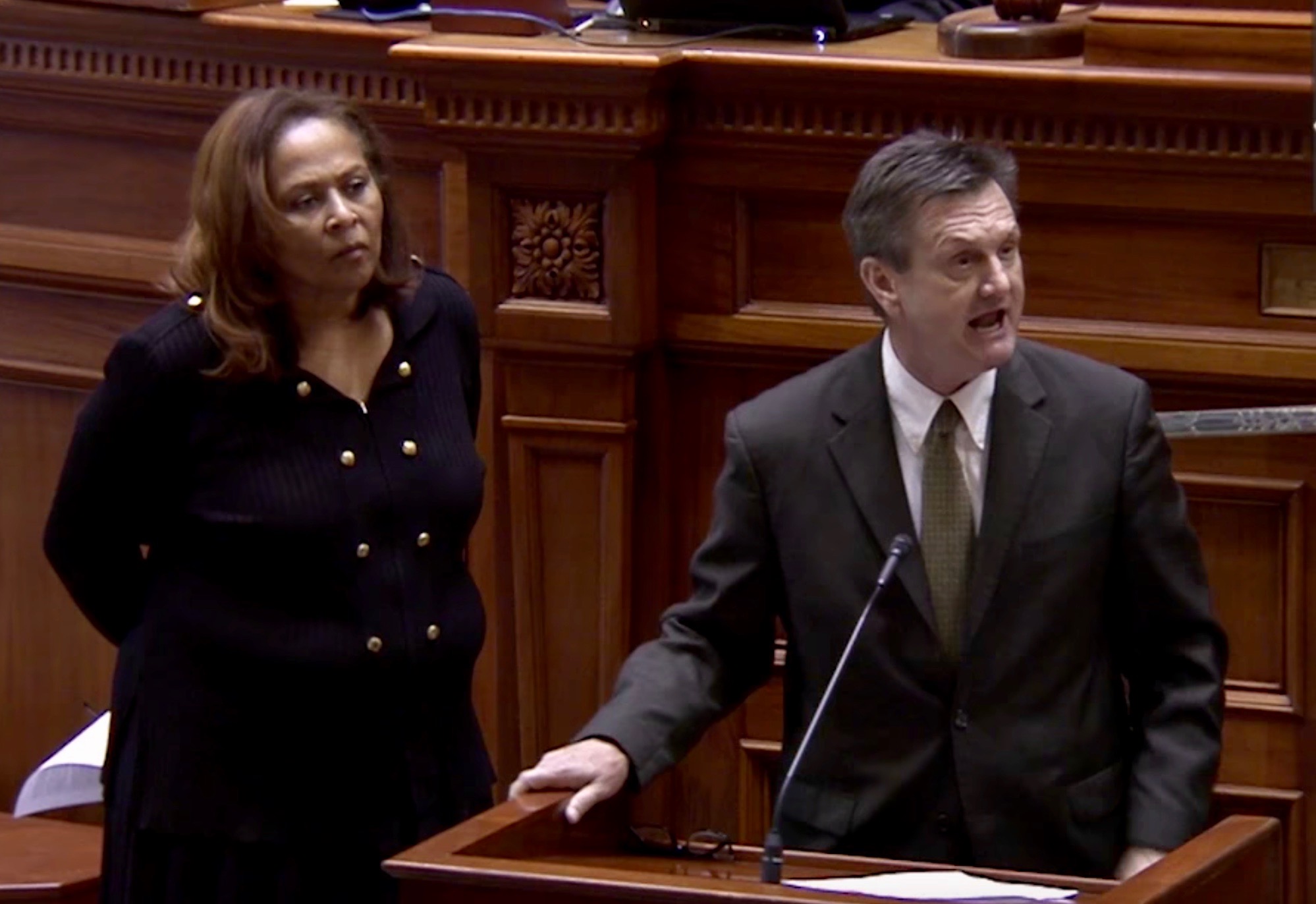 You’ve heard of dropping the mic?  One South Carolina senator has started a new trend … the #MicSlap.

It happened earlier this week during an intensely heated debate on the floor of the South Carolina Senate … and it represents the opening salvo in a battle to redefine how the Palmetto State approaches one of its most vital competitive assets.

The issue they were debating?  Whether to build a maritime port in Jasper County, S.C.

Davis has been pushing for more than a decade-and-a-half to build such a facility in Jasper – home of the last deepwater port location on the eastern seaboard.  This project was also advanced for years by the late S.C. senator Clementa Pinckney – and is currently being pushed by state senator Margie Bright Matthews, who was elected to fill Pinckney’s seat following his assassination in the 2015 “Holy City Massacre.”

A Jasper port would be a huge competitive advantage for our state, but due to regional rivalries it remains undeveloped.

At every step of the way, Jasper port backers have been stymied by the S.C. Ports Authority (SCPA) – even though the agency pledged thirteen years ago to devote the “full faith and credit” of the state toward building the facility.

Instead, the SCPA wants to cram every bit of port infrastructure it can into the Charleston area – even though locals have previously rejected one major expansion there and are leery of the potential traffic and tourism impacts of further port development.

The area just can’t support all of that new infrastructure … at least not if it wants to maintain its quality of life.

Jasper presents a clear alternative … but the SCPA refuses to move on it.

After years of paying lip service to Jasper, lawmakers were supposed to appropriate $5 million to begin permitting for the port in the fiscal year 2018-2019 state budget.  Unfortunately, at the behest of the SCPA, this money was taken away from Jasper and instead used to help subsidize a $525 million Charleston harbor dredging project.

The Charleston project is apparently experiencing “cash flow” problems – which is totally inexcusable seeing as state taxpayers shelled out $300 million in a direct appropriation for it six years ago and the remaining $225 million was supposed to come from future federal budgets.

These were clear cut promises made by our state and federal leaders, but like the SCPA’s promises on Jasper – they clearly aren’t worth a damn.

We’ve previously addressed the dubious economic benefit of the Charleston dredging project – which we reluctantly supported back in 2012 after former S.C. governor Nikki Haley sold our state’s ports (especially the proposed Jasper port) down the river.

Upon further review, however, the dredging project is not all it’s cracked up to be.

Charleston is getting crushed by the Port of Savannah because the latter has invested in infrastructure and operations (and again, because Haley sold us down the river).

It has nothing to do with harbor depth.

Also, no matter how deep the SCPA dredges Charleston harbor, its ability to handle the largest next-generation mega-ships will always be limited by the 186 feet of high water vertical clearance under the Arthur Ravenel Jr. bridge (another example of South Carolina’s short-sighted infrastructure planning). 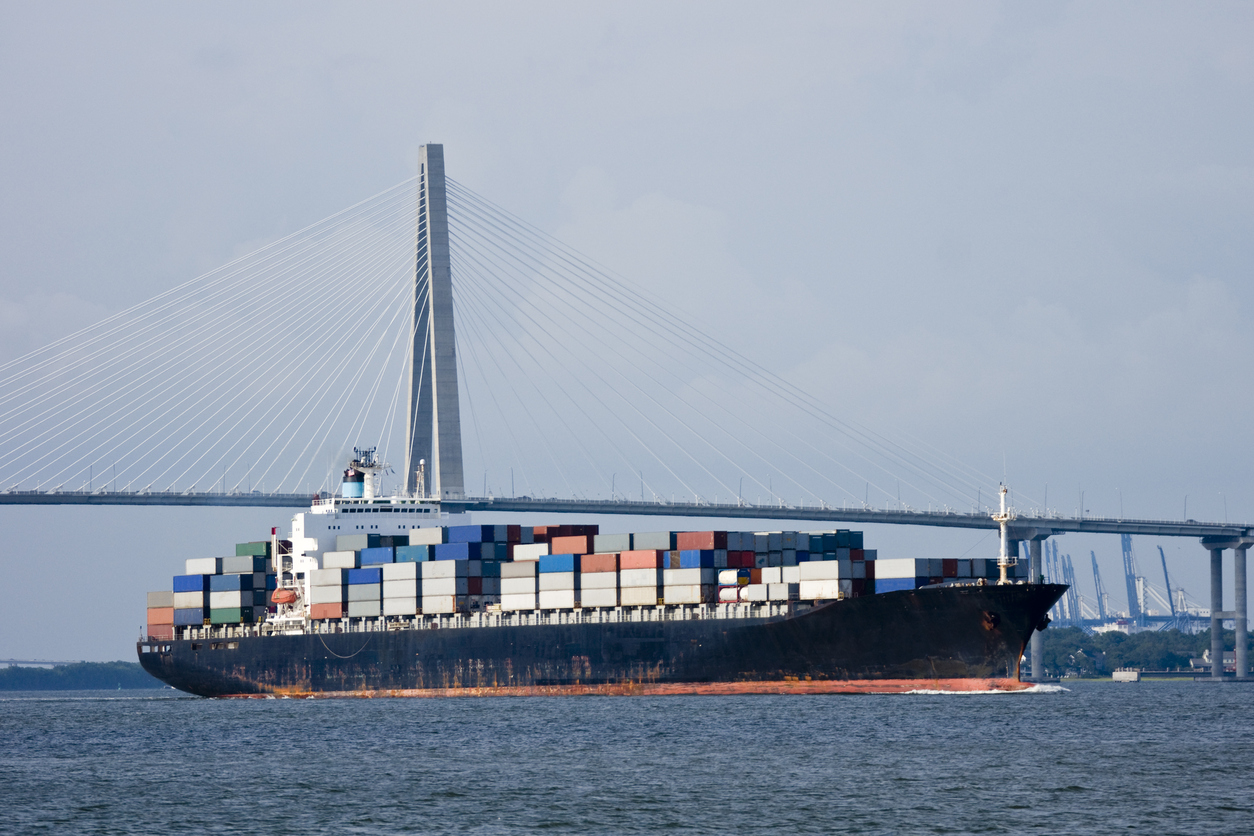 Despite all of this, Charleston’s maritime interests want to cram more cranes, cargo terminals and traffic in and around the historic peninsula – although they are facing growing opposition from residents who live and work in the Lowcountry.

Anyway, Grooms – the SCPA’s errand boy in the Senate – claimed the agency had nothing to do with this $5 million “theft” of Jasper’s permitting money.  According to House ways and means committee documents obtained by this news site, though – he is lying through his teeth.

Here’s the key excerpt from those ways and means communications …

The (SCPA) made us aware of the cash flow problem that would occur as a result of appropriation issues on the federal level for the Charleston harbor deepening and asked us for assistance in addressing that situation.  Particularly in light of the fact that we have invested considerable state funds into this project already, we and the Ports Authority agreed that it would be most prudent to use state funds to ensure the project would not be held up or end up costing more overall due to a delay.

Yeah … “we and the Ports Authority agreed.”

So once again, the SCPA is clearly devoting its “full faith and credit” toward making sure the port in Jasper is never built – which is the precise opposite of what the agency proclaims publicly.

Because believe us, if the state’s “full faith and credit” had been applied to this project when the SCPA said it was, the Jasper port would have been built already.

Not surprisingly, the theft of Jasper’s permitting money infuriated Davis – who erupted in righteous indignation on the Senate floor and laid the wood to Grooms in a most medieval manner.  Did Davis cross the line?

The full video of the confrontation can be found here, but one of the senator’s supporters has memorialized the moment of the #MicSlap …

“The slap of the microphone was about the poaching,” Davis told us. “We’ve already taken $300 million in state taxpayer money to pay for Charleston’s deepening and now they have to take Jasper’s $5 million, too?  It’s disgusting.”

Davis told us he’s sick of state leaders lying to citizens in this job-starved corner of our state.  And he’s clearly done with the SCPA and its decades of doublespeak.

“The SCPA is determined to jam more and more capacity into Charleston and kick the can down the road on the Jasper Port another ten years to 2035,” Davis added. “The people of Charleston already spoke against this increased capacity when they rose up against the Daniel Island ‘Global Gateway.’  I’m taking this argument directly to the residents of Charleston whose quality of life is being destroyed.”

Davis told us he will be submitting an opinion piece to our news site as well as The (Charleston, S.C.) Post and Courier detailing his views on the matter.  He then told us there are several other “plays” he’s looking at in an effort to “ramp this up” even further.

“It’s time to play offense,” he said. “I’m taking this into their backyard.”

This news site has consistently supported the development of a Jasper terminal – as well as the depoliticization of the SCPA, which continues to run one of our state’s most critical competitive assets into the ground.

A little over a decade ago, Charleston boasted America’s fourth-busiest port facility.  Today it’s not even in the top ten.

As we’ve said for years, one of the keys to restoring South Carolina’s competitive position is jettisoning the current port management (and management model) – and moving toward a landlord-tenant structure.  Under such a model, taxpayers would retain ownership of port infrastructure assets but private sector firms would be allowed to manage them. This would free up potentially hundreds of millions of dollars in public money for needed infrastructure enhancements – including the Jasper port.

Bottom line?  We’re glad Davis is back on the warpath on this critical issue … and we hope he’s successful in enlisting support for a long-overdue siege of the entrenched maritime bureaucracy in Charleston.

Got something you’d like to say in response to one of our stories? Please feel free to submit your own guest column or letter to the editor via-email HERE. Got a tip for us? CLICK HERE. Got a technical question or a glitch to report? CLICK HERE. Want to support what we’re doing? SUBSCRIBE HERE.
Banner: SCETV