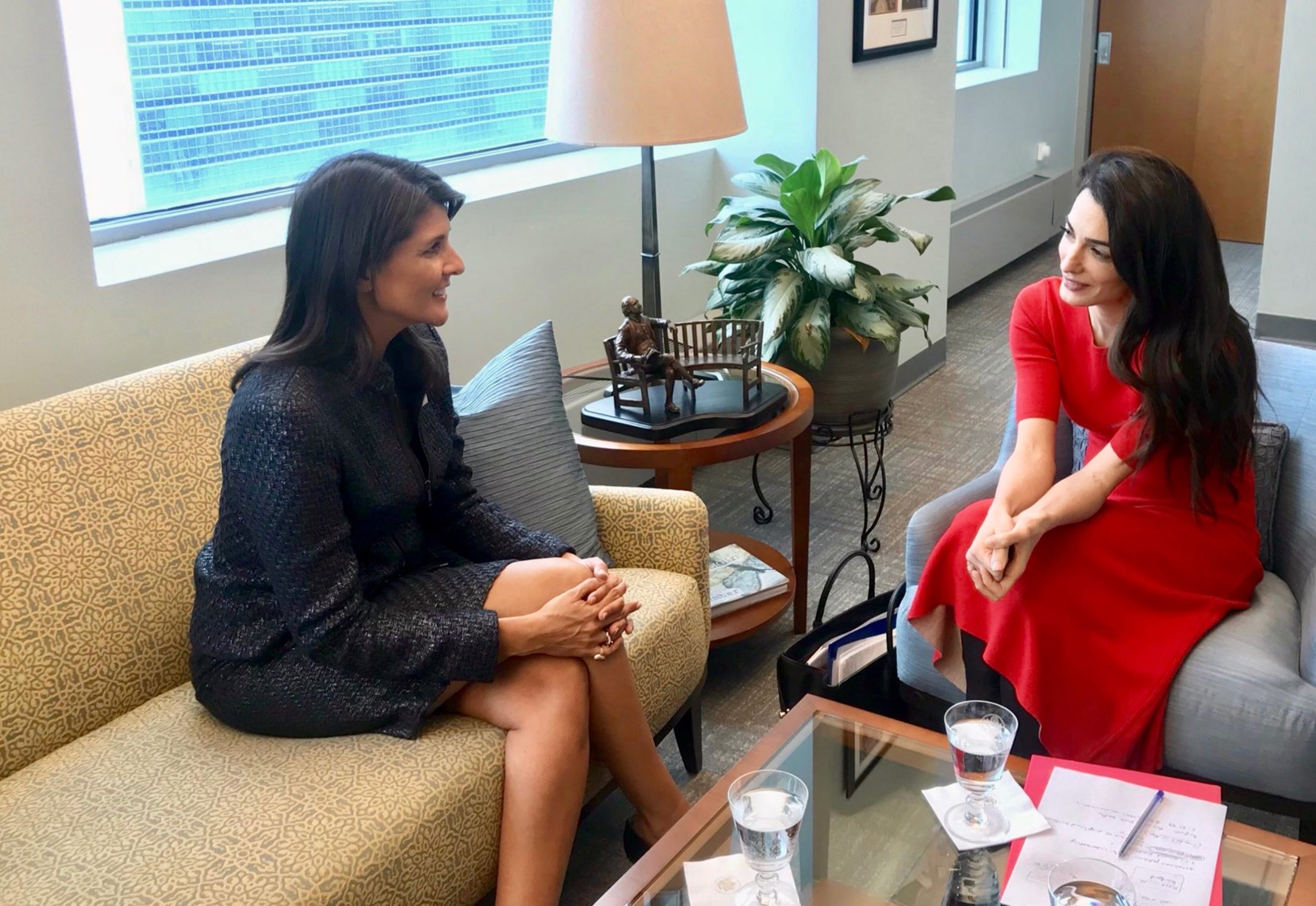 We wrote recently on U.S. president Donald Trump getting coopted by the American military-industrial complex and its allies in the so-called “neoconservative” national security establishment.

We’re not alone in being frustrated by this unfortunate development …

“President Trump will come to regret the day he let the neocons take over his foreign policy,” former U.S. congressman Ron Paul wrote.

So will American taxpayers … who were left without an ally after Trump caved to the Washington, D.C. swamp on a massive omnibus bill that included billions in new money for America’s war gods.

Playing a starring role in the “Swampification” of the Trump administration?  His own ambassador to the United Nations (UN), Nikki Haley, a neocon starlet who has been America’s most aggressive warmonger over the past year.

While Haley and her allies clearly got their way last week with Trump’s unauthorized, unjustified attack on sovereign Syria – this week should have been a bad one for Haley politically.  Her political Svengali – a #NeverTrump political strategist named Jon Lerner – was unceremoniously bounced from the role of national security advisor to U.S. vice president Mike Pence.

Why?  Trump wanted him gone …

Maybe that wasn’t the smart move, though …

Lerner’s ouster from the administration allows him to continue stage-managing Haley’s 2020 presidential bid – which continues to receive rave reviews inside the Beltway.

“I think Nikki Haley would beat Donald Trump,” MSNBC host Joe Scarborough said this week after Trump reversed Haley’s position regarding sanctions against Russia.  “I actually think if she ran in 2020 … she would have a very good chance of being the first woman president of the United States.”

Scarborough went on to say Haley was “standing up for American values” à la the late U.S. president Ronald Reagan – and that her personal narrative (or at least her heavily sanitized version of it) would provide a compelling contrast to Trump.

“What an extraordinary story,” Scarborough said. “An immigrant family coming to this country and actually proving Donald Trump wrong on all counts.”

Late last week we were having a conversation with a financial analyst – one of many who is projecting a recession for the American economy in late 2019/ early 2020.  In discussing the impact such a downturn could have on the presidential field, Haley’s name came up.

“I know you’ll love this, but I genuinely believe Haley would crush him,” the analyst told us, referring to Haley as “a pretty mainline Republican – someone who is viewed as a mainline conservative, but doesn’t terrify the chamber crowd.”

“She would mop the floor with him,” the analyst added.  “No contest.”

Do we agree with this assessment?  Yes.  Assuming the envisioned economic conditions apply, anyway.  Obviously we emphatically rebuke the neocon pablum Haley is peddling, but to pretend she hasn’t been peddling it well of late is to deny reality.

Will Lewis: The Hammer Falls