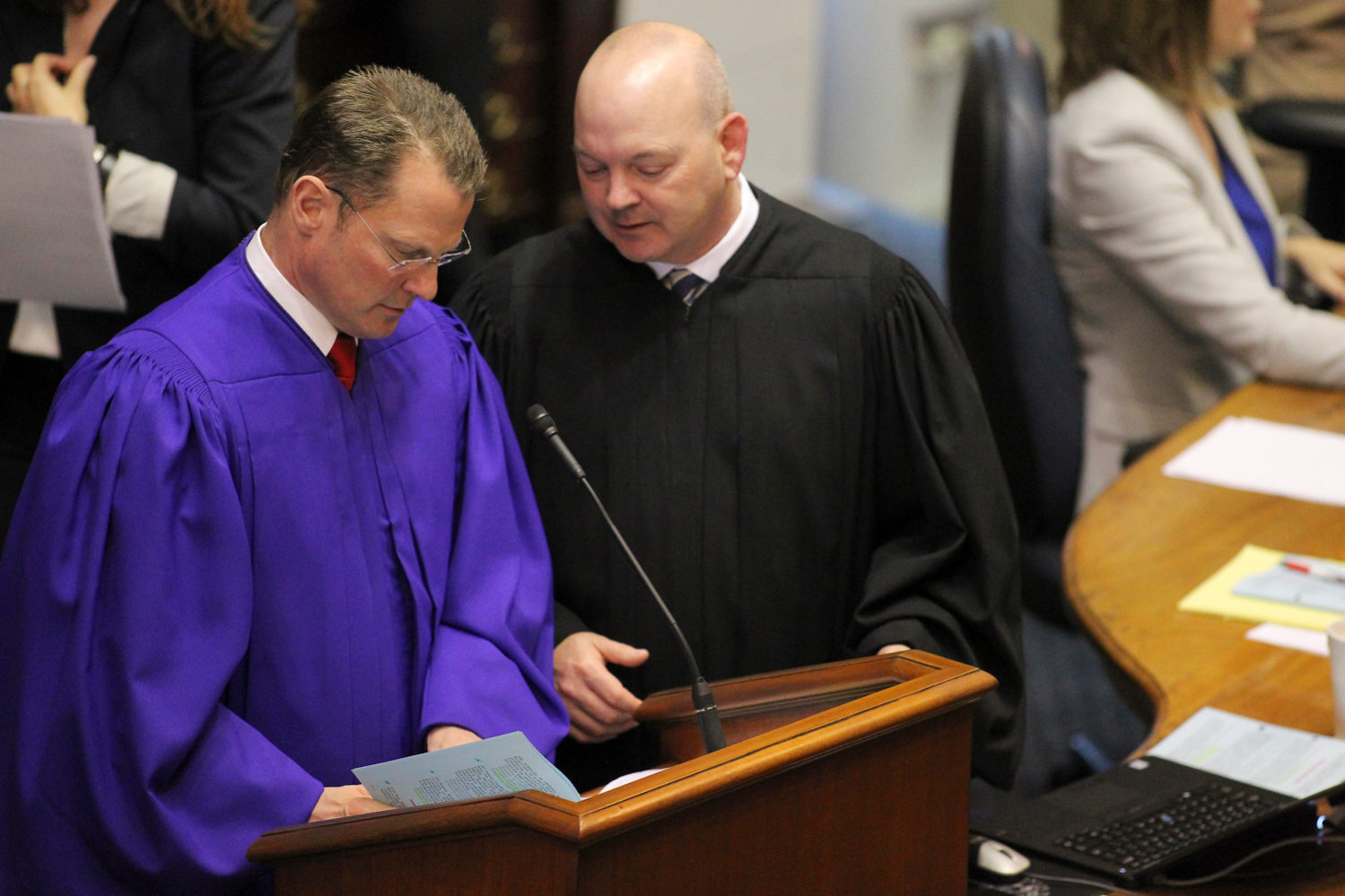 Bryant – one of four GOP candidates vying to unseat McMaster – blasted veteran consultant Richard Quinn and his son, former state representative Rick Quinn, during a speech in the vote-rich Palmetto Upstate.  Specifically, he called the elder Quinn “the Godfather” and referred to his political empire as an “organized crime” network that engaged in “mob-like activity.”

“For over two decades we have been infected by an organized effort to manipulate our government for the benefit of a small group of individuals led by someone known as the Godfather, and that’s Richard Quinn,” Bryant said during what was billed as a policy address in Greenville, S.C.  “The Godfather operates the most influential consulting shop in South Carolina, and his son, Rick, served for many years in the House, part of the time as majority leader and most recently on the powerful ways and means committee.”

Bryant said the Quinns’ empire – a.k.a. the “Quinndom” – began to unravel in 2013 when it was first referenced in the pages of an investigative report prepared by the S.C. State Law Enforcement Division (SLED).

“The Godfather also got paid millions of dollars by some of the state’s biggest companies and state agencies to manipulate government on their behalf and for his personal gain,” Bryant added. “The family business never was a real secret in Columbia, but when SLED finally got a chance to inspect their records, they found evidence of not just an organization, but of organized crime.”

Bryant also blasted the lenient sentence the younger Quinn received as part of a plea deal reached back in December with S.C. first circuit solicitor David Pascoe – who is handling the prosecutions associated with #ProbeGate, the ongoing investigation that ensnared the Quinns.

Pascoe has also vigorously protested this sentence.  In fact, he remains engaged in an acrimonious legal battle with S.C. circuit court judge Carmen Mullen – who sentenced Quinn to two years of probation back in February.

“The fact that the heir to the family business, Rick Quinn paid only a $1,000 fine tells us all we need to know about the weakness of our ethics laws,” Bryant said.

Quinn fired back at Bryant – accusing him of deliberately misstating facts and hinting that he might take the statewide official to court over the remarks.

“None of what Mr. Bryant says is true and he knows it,” Quinn told us.  “All charges against my father were dropped.  And I pled only to a misdemeanor reporting violation.  We are exploring our legal options to hold Mr. Bryant accountable for these lies.”

Bryant’s criticisms – clearly intended to damage McMaster – were accompanied by several policy proposals the lieutenant governor claimed would “stop what has been going on in Columbia for over twenty years.”

Specifically, he proposed a series of reforms collectively referred to as the S.C. Anti-Racketeering Act – proposals he said would be introduced in the legislature by state senator Shane Martin (below). 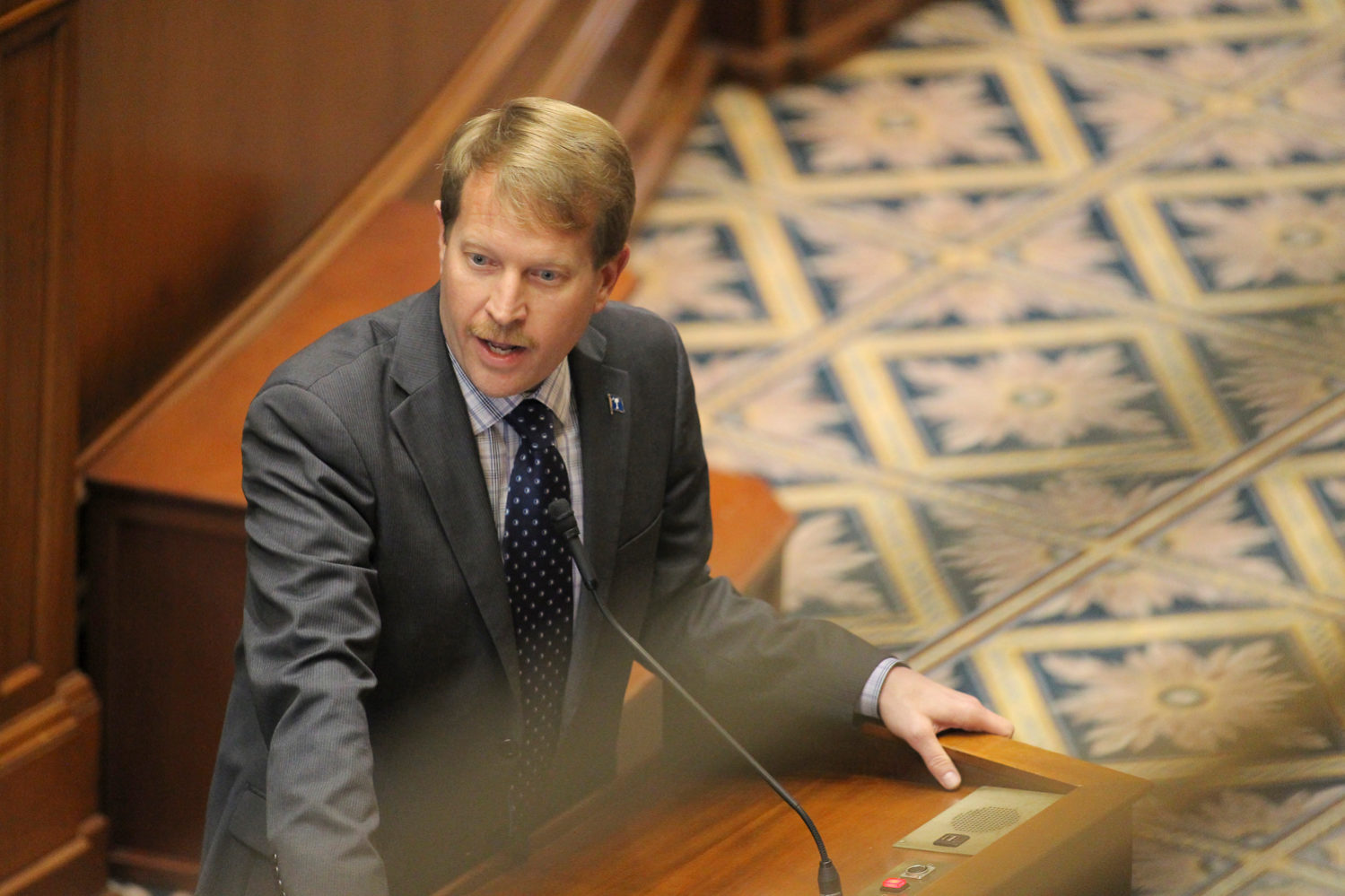 According to Bryant, his reform package would include the elimination of existing ethics loopholes while also allowing “for the prosecution of a pattern of behavior that is criminal in nature.”

Basically, Bryant wants prosecutors to be able to charge anyone suspected of violating multiple state ethics or lobbying laws with racketeering.

“It’s ultimate effect is to make coordination of crimes its own offense and a felony,” Bryant said.

His new proposals would also add “language to prevent a lobbyist or public official from working for a campaign in any capacity within two years of lobbying.”

Taxpayer-funded lobbying would also be banned, and no former public official would be allowed to serve as a lobbyist or “accept employment relating to their former appointed or elected position.”

Do we support these reforms?  Absolutely.  In fact many of them are ideas we’ve been championing for the better part of the past decade.

Is Bryant the ideal advocate for them, though?  That’s debatable …

Last fall, Democrats called for an ethics investigation into the lieutenant governor after it was revealed his pharmacy collected $15.7 million in Medicaid payments and roughly $3.8 million from the South Carolina state health plan over the previous decade.

Trav Robertson – chairman of the S.C. Democratic Party (SCDP) – assailed Bryant at the time for his hypocrisy.

“Mr. Bryant’s opinion on ethics in government should hardly be trusted,” he told us. “He’s profited from the State to the tune of $16 million dollars since becoming a state senator.  This is largely from Medicaid and the state health plan.  All the time not recusing himself on the Health and Human Services budget votes.  Perhaps senate ethics or SLED should investigate him for these violations. I may file a complaint myself.”

One McMaster donor informed of Bryant’s most recent comments echoed those sentiments.

“For more than a decade Kevin served in the South Carolina Senate where he made the laws and regulations governing the state-administered Medicaid program,” the donor told us.  “Over that same time period Kevin milked the state Medicaid program for more than $16 million to his private pharmacies in so-called reimbursements. In addition to personally enriching himself at the expense of the neediest among us, Kevin figured out another way to screw taxpayers and for nearly half of his tenure in elected office he along with his big government cronies created and mismanaged the (state pension fund).”

“(This fund) has lost some $18 billion in taxpayer funds while Kevin sat quietly in acquiescence supporting and helping author every single legislative measure needed to completely destroy taxpayer assets and retirees hopes and dreams,” the donor added.  “To say that Kevin should be the very last person to speak on ethics is, at the very least, a gross understatement.”

Of course the donor said McMaster’s campaign ultimately wasn’t worried about Bryant becoming a factor in the 2018 race.

Bryant has indeed lagged well behind McMaster and Lowcountry labor attorney Catherine Templeton in the GOP fundraising battle, meaning he faces an uphill battle to win the nomination.  In fact he will be lucky to finish among the top two vote getters in this five-way race, which also features Upstate businessman John Warren and former lieutenant governor Yancey McGill.