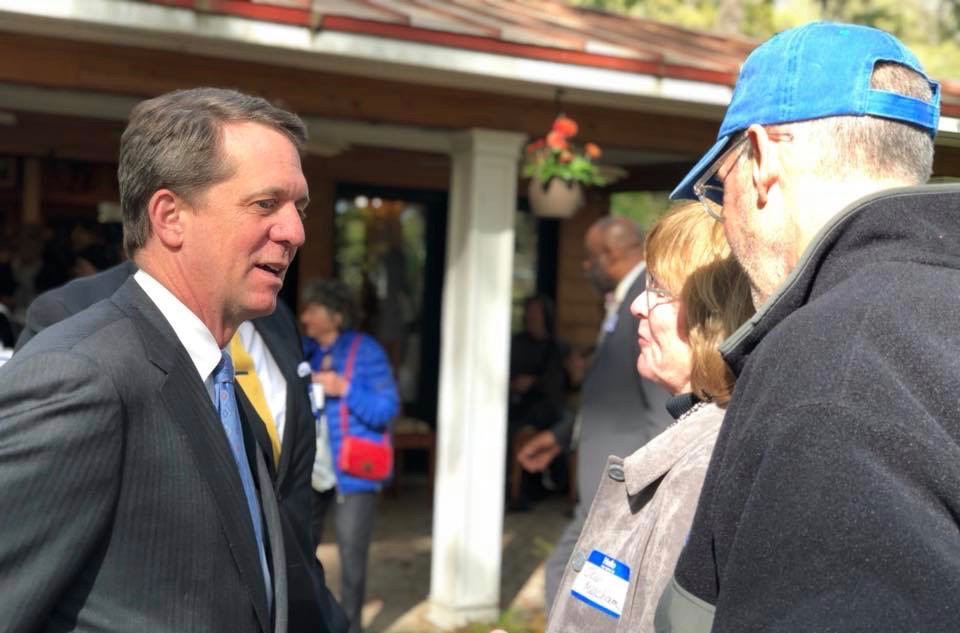 South Carolina state representative James Smith has found himself in a tighter-than-expected race for the Palmetto State’s Democratic gubernatorial nomination – with a pair of uber-liberal candidates doing their best to push him (and the party) further to the left.

As we’ve previously noted, national “Republicans” are giddy over that development – believing it will help keep the governor’s mansion even more firmly in their grasp come November.

Look: It’s hard enough for a Democrat to win a statewide race in South Carolina (in fact they haven’t done it since 2006 – and haven’t won a governor’s race since 1998).  But a perpetual minority party that’s hopelessly divided?  That’s an even higher hurdle to clear …

Frankly, that is pretty sad for a party that once controlled everything in state government … of course when you get down to it very little has changed except partisan labels.  Governing philosophies are no different.  Nor sadly, are outcomes.

Anyway, some in the Democratic party believe restored relevance is best achieved by staking out far left positions in the hopes of catching a blue wave this fall …

Charleston, S.C. businessman Phil Noble and Florence, S.C. attorney Marguerite Willis are both hoping to energize South Carolina’s progressive base – such as it is – while Smith has chosen to campaign as more of a centrist Democrat.  Of course the Afghan War veteran has received an endorsement from the Sierra Club, and has drawn early support from U.S. congressman Jim Clyburn – the only Democratic member of South Carolina’s congressional delegation.

Anyway, with the Democratic primary headed into its home stretch – money matters.

And while we don’t yet know who is winning the Democratic cash battle (Noble has yet to file his first quarterly report for 2018), we know from Smith’s latest filing that he has managed to pull off quite an impressive feat.

With a whopping 2,618 individual contributors, Smith had more first quarter donors than all of the other campaigns combined … in both parties.

In fact, even if Noble manages to double his donors from the fourth quarter of 2017, Smith would still be ahead of the entire 2018 field in terms of individual donors.

As of this writing, Smith’s average donor has given him $153.93 – roughly one-tenth the amount Willis’ average donor has contributed.  That “small” figure could actually pay big dividends for Smith’s grassroots performance – as a broad donor base is usually indicative of a candidate who has support from party regulars as opposed to just connected insiders and special interests.

This isn’t the first time Smith has pulled off such a feat, either.

“He lapped everyone the last quarter in terms of breadth and depth of support too, not a one time occurrence or desperate spin,” said his campaign manager, Mike McCauley. “These metrics indicate broad-based support of James Smith’s candidacy by grassroots South Carolinians, most of whom will have the ability to give again and again throughout the campaign cycle.”

Still, Smith is running neck-and-neck with Willis in terms of cash on hand … although her war chest has been amassed very differently.

Obviously we will reassess the Democratic money race once Noble files his report (he’s a day late as of this writing), but Smith has certainly equipped himself well for the the stretch run.

Frankly, he’s the Democrats only shot at winning this thing … at it’s a long shot at that.

If Smith wins the Democratic nod and incumbent “Republican” governor Henry McMaster somehow manages to emerge with the GOP nomination, we could have a real race on our hands in November.  If not, though, expect the GOP stranglehold on the state’s top executive office to remain as firm as ever.