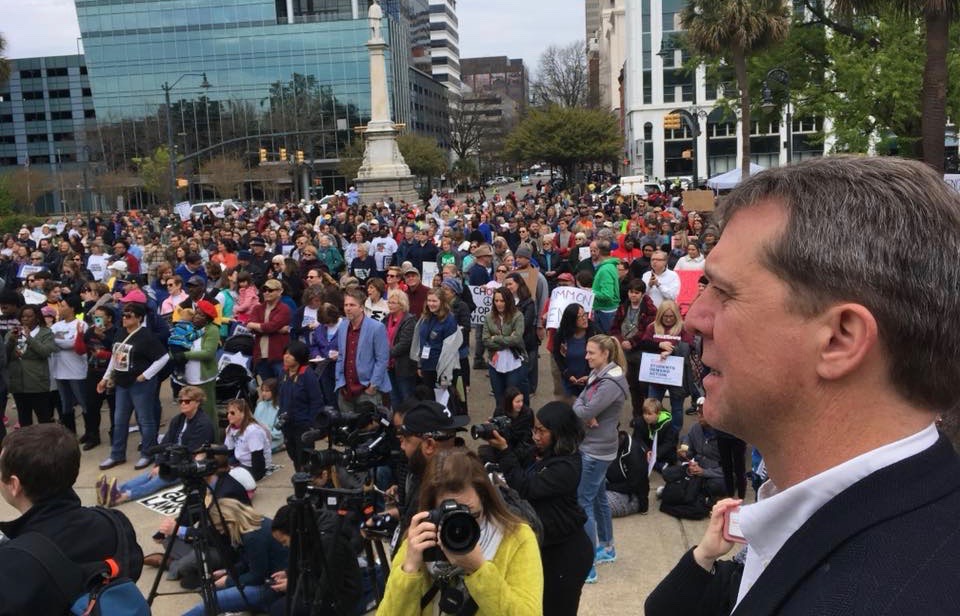 U.S. congressman Jim Clyburn will join Columbia, S.C. attorney and Democratic gubernatorial candidate James Smith on a series of stops across South Carolina on Good Friday, according to a release from Smith’s campaign.

Clyburn and Smith will attend events in Kingstree, Sumter and Orangeburg, S.C., according to the release.

“I am proud Congressman Clyburn will be joining me on the trail as I meet with voters across our great state this Good Friday,” Smith said.

According to Smith’s campaign, there is “no announcement (regarding) an endorsement” from Clyburn.  Well … not “at this time,” anyway.

Still, Clyburn’s show of support for Smith is a good sign for the latter’s candidacy … at least during the Democratic gubernatorial primary.

As the primary season unfolds, Smith is being pushed to the left by a pair of “progressive” candidates – Florence, S.C. attorney Marguerite Willis and Charleston, S.C. businesswoman Phil Noble.  In fact the resulting schism threatens to further marginalize Democrats at the statewide level (to the extent that’s possible).

The Palmetto State’s perpetual minority party hasn’t won a statewide race since 2006 and hasn’t won a governor’s election since 1998.  Smith is probably the Dems best bet to break that streak, but his odds are long even if a perfect storm develops (i.e. an indicted GOP nominee and the entry into the race of multiple third party candidates who splinter the state’s monolithic “Republican” straight ticket).