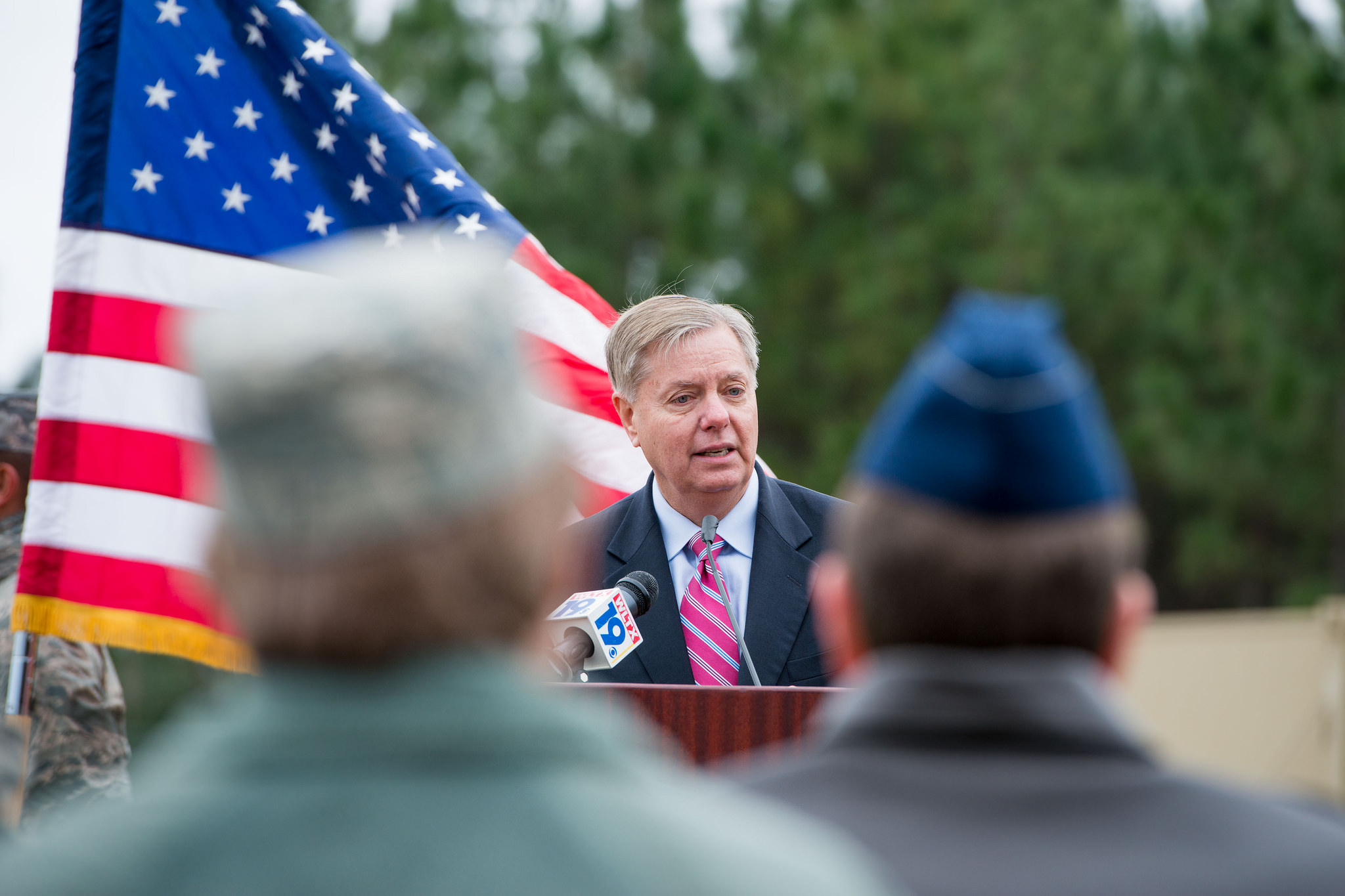 U.S. senator Lindsey Graham’s biggest flip-flop ever was when he spent most of 2017 running into the willing arms of U.S. president Donald Trump.

Of course the servile pandering on the part of South Carolina’s liberal “Republican” failed to win him any of the influential positions he was aiming for … meaning he will have to face Palmetto State GOP primary voters again in 2020.

Which is, to put it charitably, a dicey proposition …

This news site has made no secret of our contempt for Graham.  A fiscally liberal warmonger, he was exposed by Wikileaks in 2016 as former U.S. president Barack Obama’s “best GOP ally.”  He’s also a longtime amnesty pimp.  And a tax-hiker.  Not to mention a key driver of the progressive narrative in Washington, D.C.

So when we heard Graham had joined the chorus of liberal opposition in Washington, D.C. against Scott Pruitt – Trump’s embattled director of the Environmental Protection Agency (EPA) – we weren’t remotely surprised.

Of course Graham’s attack against Pruitt has some deeper history associated with it.

Longtime readers of this news site will recall how Graham was the beneficiary of some sketchy support nearly a decade ago when he first stepped out on the eco-radical ledge – embracing a massive energy tax hike put forward by the Obama administration during its first year in office.

In 2009, Graham was the only GOP member of the entire U.S. Congress to endorse Obama’s proposed energy tax hike.  When he started taking heat for it back home, far left groups with ties to liberal financier George Soros created a front group to prop him up (albeit clumsily).

It certainly appears as though Graham is still in their pocket …

“He is nothing more than a serf for the Soros environmental cabal of treason,” one veteran Beltway conservative activist told us.  “If they are using Lindsey – which they always have the option to do – you know how desperate they are to stop Pruitt’s work of dismantling the weaponized EPA.  Lindsay is nothing but a pathetic stooge, doing the bidding of Soros and the Green Nazis.”

Hard to argue with that assessment … in fact it’s been true for nearly a decade.

Anyway, while Pruitt is getting bashed by liberals (including Graham), limited government advocates clearly appreciate the work he’s doing in Washington.

“Scott Pruitt’s tenure as Administrator of the EPA is one of the best examples of a successful cabinet level pick by President Donald Trump,” noted Rick Manning, president of Americans for Limited Government (GetLiberty.org).  ” It is normal that those who are attempting to defend the Obama EPA’s radical stranglehold on our economy would subject Pruitt to a constant barrage of complaints to hamper the deregulatory agenda that is ending the war on coal.  Reports from the agency that Pruitt has been subjected to a dramatic increase in threats to his and his family’s safety demonstrates the kind of courage and commitment it takes to unwind the radical environmentalist agenda.”

Manning added that Trump “has been right in the past when he regularly and openly praised Pruitt for his dedication, hard work and commitment to restoring balance to America’s environmental regulations.”

Trump must have been watching …

Not long after Manning’s comments were published, the president put out a tweet praising Pruitt for “doing a great job.”

Libertarian-leaning lawmakers are also supportive of Pruitt.  Last week, U.S. senator Rand Paul of Kentucky tweeted that Pruitt was “likely the bravest and most conservative member of Trump’s cabinet” and that his continued presence at the EPA was needed to help “drain the regulatory swamp” in Washington.