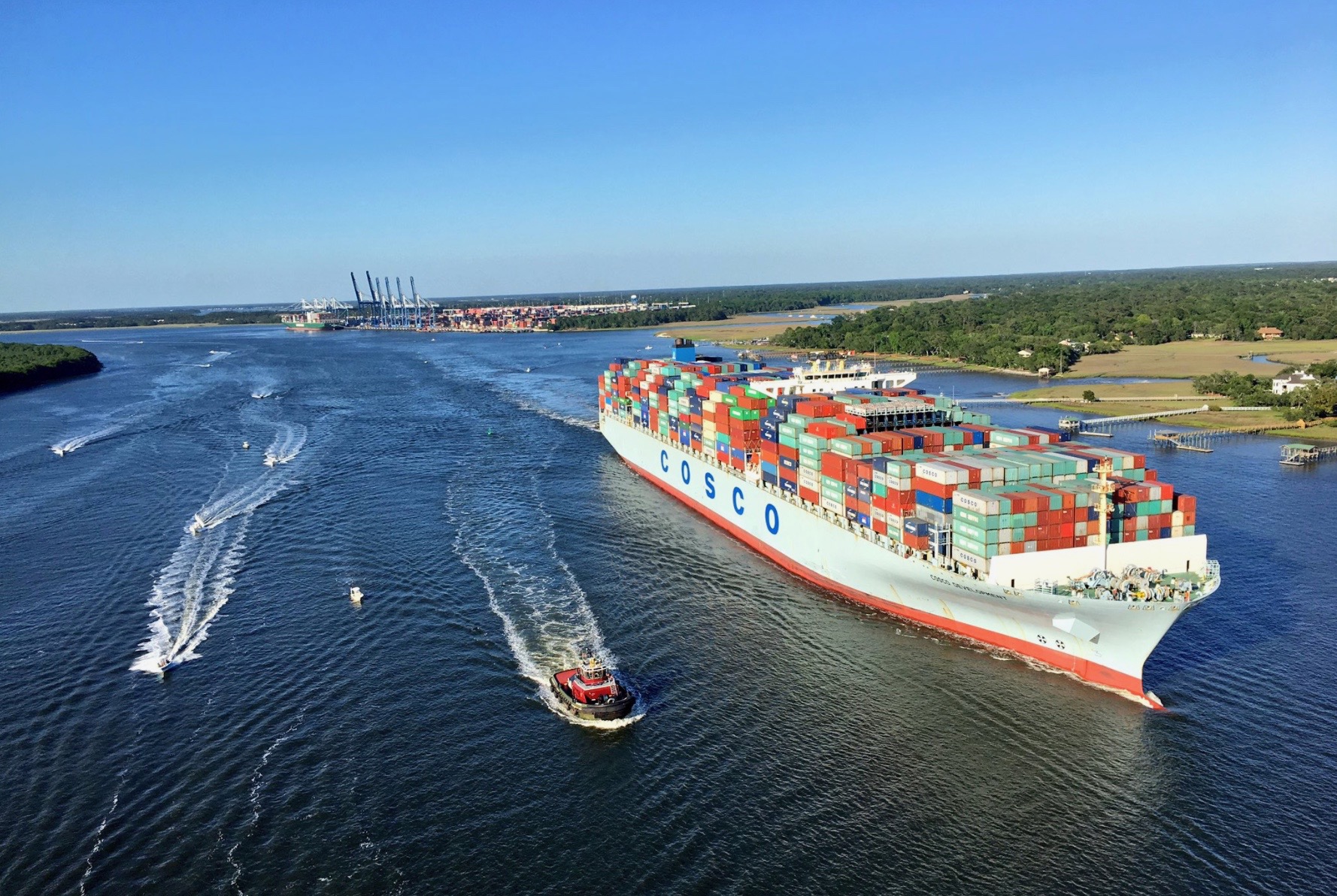 The port of Charleston, S.C. received “monumental news” this week when the U.S. Army Corps of Engineers (USACE) appropriated $17.5 million in federal construction funding for its harbor deepening project.

The funding was one of six “new starts” contained in the Corps’ Fiscal Year 2017 Work Plan – meaning the dredging associated with this project can begin in the fall.  Upon completion, this project will make Charleston’s harbor the deepest on the east coast by the end of the decade.

State taxpayers have already shelled out $300 million toward the dredging (five years ago), while another $225 million will come from future federal budgets.

In addition to the $17.5 million in construction costs, the USACE also appropriated $16.1 million worth of “operations and maintenance dollars,” according to a statement released by the S.C. Ports Authority (SCPA).

These federal funds allow for “routine maintenance dredging of the harbor necessary for construction (to) begin.”

“The significance of this funding for the timeline of our deepening project cannot be overstated – it is tremendous news for Charleston,” SCPA president and CEO Jim Newsome said. “By the end of the decade, we will achieve 52 feet of depth and be the deepest harbor on the East Coast, a depth advantage that will add significant capability in the Southeast, the fastest growing port region in the country.”

We’ve previously addressed the dubious economic benefit of this project in the past, but added harbor depth will allow the SCPA to send larger cargo ships like the Cosco Development out to sea fully loaded.

A massive 1,200 vessel capable of transporting up to 13,092 twenty-foot equivalent (TEU) containers – the Cosco Development called on the SCPA’s Wando terminal earlier this month after successful calls in Virginia and Georgia.

She is the largest ship ever to pass through the recently widened Panama canal – and her arrival on the east coast this month heralds a new era in global shipping.

Charleston’s harbor – where shipping lanes currently have a depth of 47 feet – was able to accommodate the Cosco Development, although the boat wasn’t fully loaded when she left the Holy City.

“(You) have to dredge to send her out heavy with exports,” one shipping industry source told us. 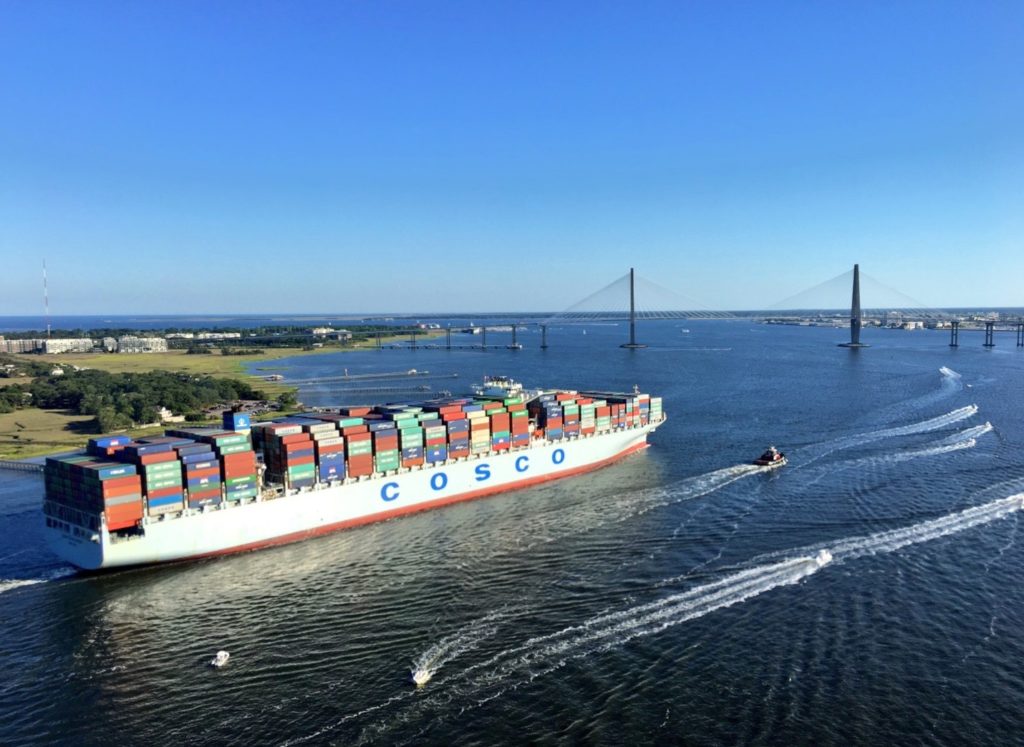 According to shipping records filed with U.S. Customs and Border Enforcement officials, the boat drafted at 42 feet upon its departure from Charleston.  She was roughly eighty percent loaded at the time, we’re told.

Here’s the question, though: Are mega-ships like the Cosco Development leaving U.S. ports “light-loaded” because of issues with harbor depth?  Or is there simply not enough cargo to load on them?

“Overcapacity, not channel depth constraints, is the main reason ships are sailing light-loaded,” this source told us.  “And government entities and ports contribute to overcapacity by absorbing the costs of dredging and maintaining channels that are deeper than needed and are often redundant.”

Critics of dredging have also pointed out that most of the major shipping lines have created shallow draft, wide-body container ships – sometimes called “U Bottom” or “minimum ballast” vessels.  These ships fall in the more manageable 8,000 to 10,000 TEU range – and have been designed specifically to fit through the wider locks of the expanded Panama Canal, under the Arthur J. Ravenel bridge and through a host of sub-47 foot east coast and gulf coast ports (Charleston, Savannah, Jacksonville, Port Canaveral, Port Everglades, Tampa, Port Manatee, Mobile, Singing River Island, and New Orleans).

We’ll be digging into this data extensively in the weeks and months to come but at this point the Charleston harbor dredging is obviously a “done deal” – the question is how to maximize the value of this infrastructure asset moving forward.

As we’ve repeatedly stated, we believe one of the keys to restoring South Carolina’s competitive position is getting rid of its current management model – in which a bunch of bickering government appointees run the port – and moving to a landlord-tenant arrangement.