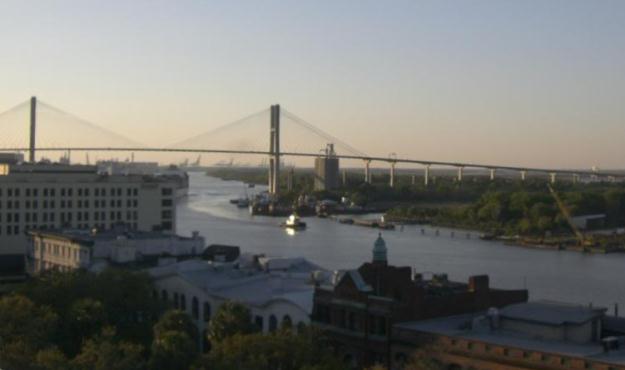 BUT CAN THE DAMAGE NIKKI HALEY HAS DONE TO SOUTH CAROLINA EVER BE FIXED?

The “Savannah River Sellout” – S.C. Gov. Nikki Haley’s most flagrant betrayal of our state’s economic competitiveness – was overturned late last week by the South Carolina Supreme Court, although it may be too late for the damage to be undone.

Last November, Haley convinced her appointees on the S.C. Department of Health and Environmental Control (SCDHEC) board of directors to overturn the agency’s prior rejection of a water quality permit for the State of Georgia’s federally funded port expansion plans.  In exchange for this flip-flop, Haley received financial support from Georgia donors as well as a prime time speaking slot at the 2012 Republican National Convention.

Why?  Because allowing the Savannah River to be dredged this far inland gift wraps a major competitive advantage for Georgia – at South Carolina’s expense.  Not only that, it’s terrible policy from a taxpayer’s perspective – paving the way for a government-subsidized port in another state while effectively killing the creation of a private sector port in the Palmetto State.  In fact under the terms of the “sellout” toxic sludge would be dumped on South Carolina’s port site for the next fifty years.

Now that the court has declared the sellout null and void, though, what happens?

The U.S. Army Corps of Engineers has already asked the federal government to disregard the South Carolina case – arguing that the deliberations represented an “inappropriate delay” of the Georgia project.  And they may have the firepower needed to bulldoze any opposition.

“The Feds don’t care what we do or say in South Carolina,” one source intimately familiar with the legal maneuverings in this case tells FITS. “They will dredge regardless – and now – with no opportunity for South Carolina to hold it up in court.  They win.”

In other words, the damage really is done (as we noted back in June).

Still … this is a time for South Carolina’s leaders to be fighting tooth and nail on behalf of our state’s interests, not watching as those interests are sold down the river (again).  Unfortunately Haley – who loves to talk tough against the big bad federal government (and against Georgia) – is sitting this fight out, having already taken her thirty pieces of silver from Peach State port interests.

“Georgia has had their way with us for way too long, and I don’t have the patience to let it happen anymore,” Haley said in November 2010 shortly after she was elected governor.

Apparently Haley’s definition of not letting Georgia “have its way with us” means our state bending over and taking it squarely up the ass.