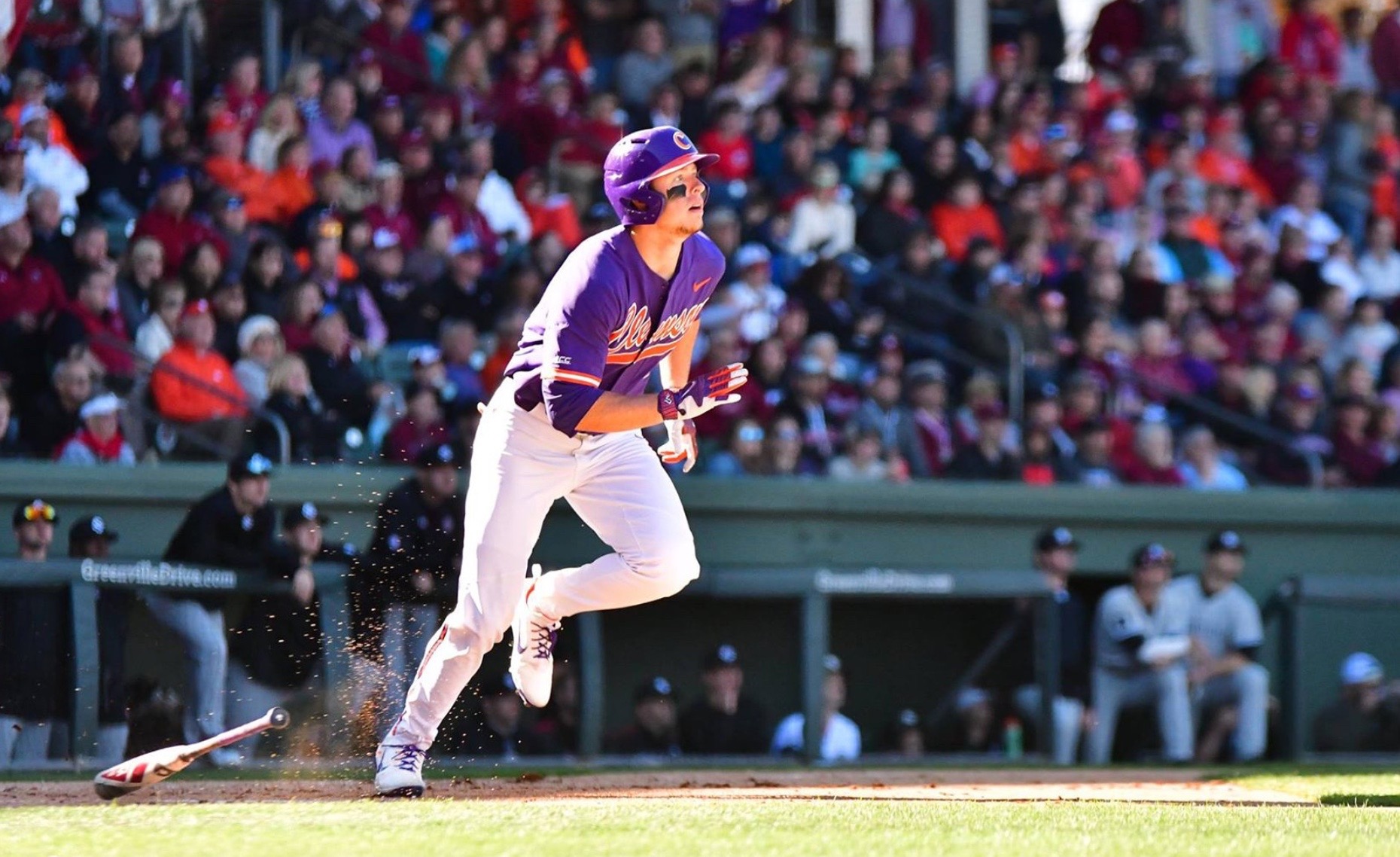 The rubber match between the two teams will take place on Sunday at 2:00 p.m. EST at Doug Kinsmore Stadium in Clemson.

South Carolina starter Cody Morris – who gave up six free passes – managed to work his way out of jams in the first and second innings but was chased in the fourth and tagged with three earned runs on the afternoon.  The sophomore from Laurel, Maryland took his first loss on the young season, dropping his record to 2-1.

Senior shortstop Madison Stokes of Columbia, S.C. stayed hot for the Gamecocks, stroking a game-tying solo home run over the left centerfield wall in the top of the fourth inning.  Stokes finished with three of his team’s seven hits.  Freshman pitcher TJ Shook of Columbia, S.C. was also a bright spot for South Carolina in the losing effort, striking out three batters during 3.1 innings of scoreless relief.

As we noted in our coverage of Friday’s 3-2 Gamecock victory, South Carolina is looking to reestablish itself as a national contender under first year head coach Mark Kingston.  The Gamecocks began last year ranked as high as No. 4 in the nation but they fell apart down the stretch – dropping eight consecutive SEC series to close out the year and missing the NCAA tournament for the second time in three seasons.  Prior to 2015, South Carolina hadn’t missed the NCAA tournament since 1999 – a sixteen-year run that included four trips to the College World Series (CWS) final and back-to-back national championships in 2010 and 2011.

Clemson is in its third season under head coach Monte Lee – a native of Lugoff, S.C.  Lee has guided the Tigers to back-to-back NCAA regional appearances and has now coached teams to the postseason in four straight seasons (he led the College of Charleston to the NCAA regional in 2015 and the super regional in 2014).

Clemson hasn’t advanced past the regional round since 2010 – which is also the last time it qualified for the CWS.