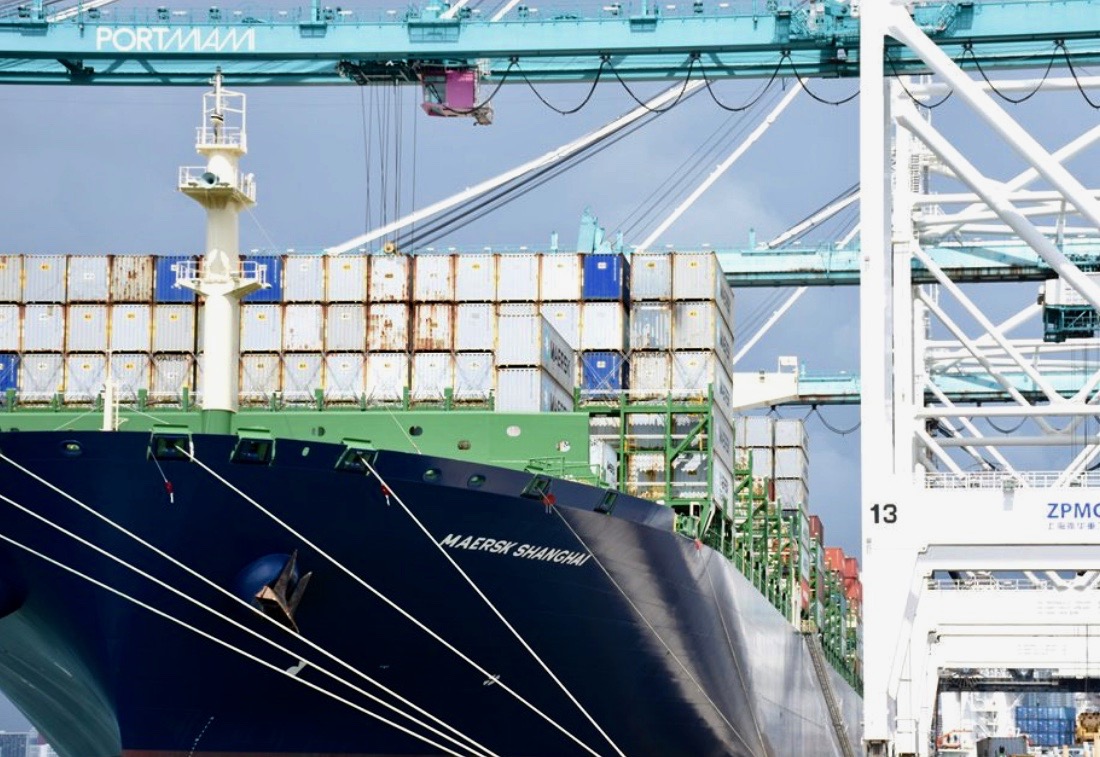 A container ship bound for Charleston, South Carolina will arrive in the Palmetto State a bit lighter than expected after losing 73 containers in the waters off of North Carolina’s Outer Banks on Saturday night.

The Maersk Shanghai – a 1,062-foot, Liberian-flagged vessel traveling from Norfolk, Virginia – lost the containers about seventeen miles east of Oregon Inlet, N.C. due to high winds and stormy seas.

“There has been no word on the contents of the containers,” reporter Sam Walker of The Outer Banks Voice noted.  “Items lost at sea have washed ashore on the Outer Banks for centuries, and at times residents have been able to take full advantage of the bounty.”

According to Walker, “on Nov. 30, 2006, a container full of Doritos washed up off Frisco, scattering nacho cheese and cool ranch varieties near the National Park Service bathhouse.”

Nice … assuming you like monosodium glutamate in your food.

Anyway, the Maersk Shanghai is due to arrive in Charleston sometime early Monday morning – which reminds us we need to do another piece updating just how non-competitive the Palmetto State’s government-run port system has become in recent years.

Got something you’d like to say in response to one of our stories? Please feel free to submit your own guest column or letter to the editor via-email HERE. Got a tip for us? CLICK HERE. Got a technical question or a glitch to report? CLICK HERE. Want to support what we’re doing? SUBSCRIBE HERE.
Banner: Port of Miami