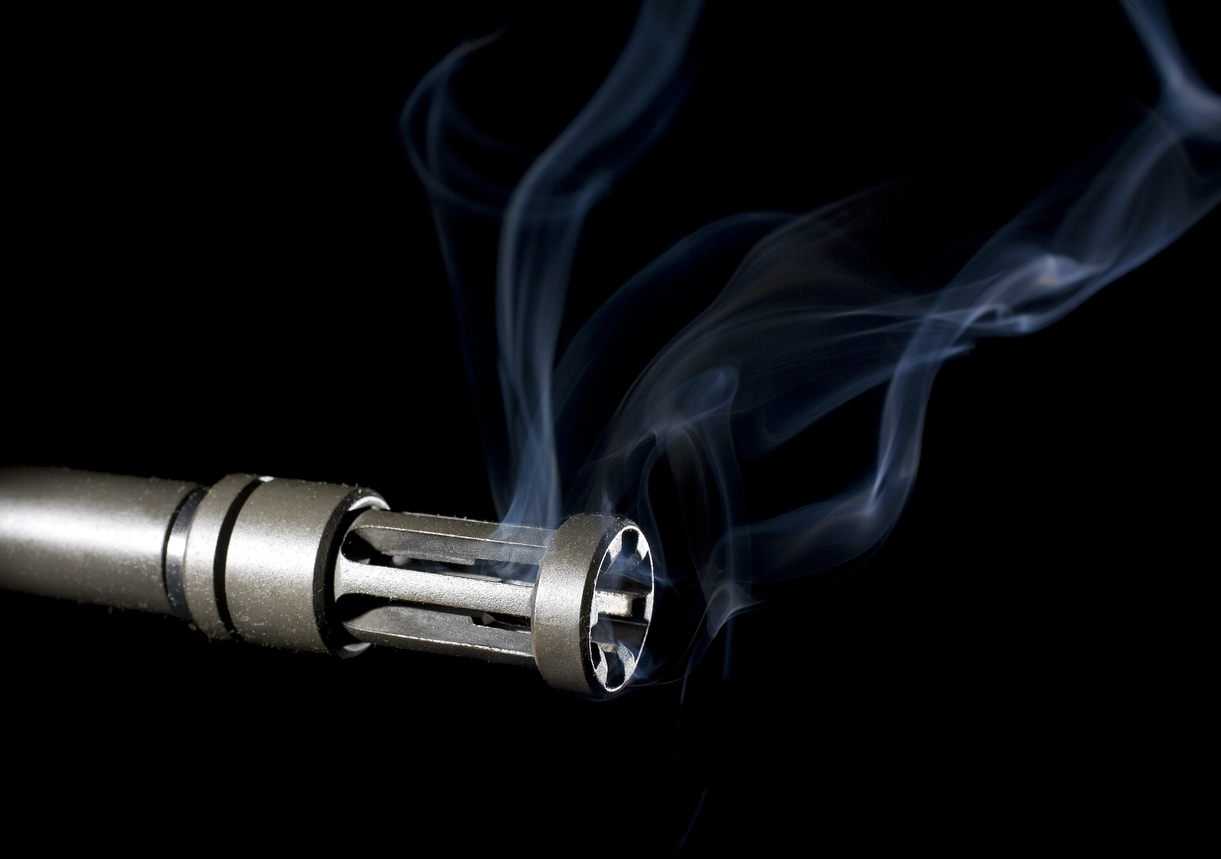 Nothing fires up America’s “all in” polarization quite like a mass shooting … especially one at a school.

By the tens of millions, American citizens of divergent ideological persuasions respond to these tragedies by taking leave of their senses – foaming at the mouth either in support or opposition to the latest proposed gun grabs.  On the one hand, self-proclaimed “progressives” howl rabidly at American politicians – insisting they restrict gun ownership so as to stop similar tragedies from taking place in the future (as if that would do it).  On the other hand, Charlton Heston-quoting conservatives growl every bit as rabidly at the same politicians – daring them to take their guns.

It’s all hyperbolic white noise – especially on Facebook and Twitter.  Seriously, people are just yelling at each other on these platforms.

Well guess what, you don’t have to listen to the noise anymore …

Why not?  Because it’s all purely an academic exercise.

Thanks to the U.S. Supreme Court’s 2008 District of Columbia vs. Heller ruling, the vitriolic back-and-forth we’re witnessing right now on the issue of gun control is the very definition of “sound and fury.”

In this landmark case, the late justice Antonin Scalia affirmed for the majority of the court that the Second Amendment to the U.S. Constitution did in fact “guarantee the individual right to possess and carry weapons.”  Not only that, Scalia pointed out that this constitutional guarantee “codified a pre-existing right.”

“The very text of the Second Amendment implicitly recognizes the pre-existence of the right and declares only that it ‘shall not be infringed,'” Scalia wrote.

In other words, the Second Amendment is a codification of natural law (not unlike the First and Fourth Amendments).

Do you agree with that premise?  Disagree?  Guess what … it doesn’t matter.

Thanks to the Heller ruling, the only way to outlaw gun ownership in America is to repeal the Second Amendment.

Is that possible?  Theoretically, yes …

America’s founding fathers recognized that their efforts to form “a more perfect union” would invariably need to be modified in response to changing times.  In 1816, Thomas Jefferson articulated the rationale for such changes in a letter to his friend Samuel Kercheval.

“I am not an advocate for frequent changes in laws and constitutions, but laws and institutions must go hand in hand with the progress of the human mind,” Jefferson wrote to Kercheval.  “As that becomes more developed, more enlightened, as new discoveries are made, new truths discovered and manners and opinions change, with the change of circumstances, institutions must advance also to keep pace with the times. We might as well require a man to wear still the coat which fitted him when a boy as civilized society to remain ever under the regimen of their barbarous ancestors.”

Inherent goodness or badness notwithstanding … change is explicitly provided for as it relates to our constitutional liberties.

Specifically, Article V of the U.S. Constitution provides two methods for amending our nation’s founding document (and any of its previously approved amendments).

“The Congress, whenever two thirds of both Houses shall deem it necessary, shall propose Amendments to this Constitution, or, on the Application of the Legislatures of two thirds of the several States, shall call a Convention for proposing Amendments, which, in either Case, shall be valid to all Intents and Purposes, as Part of this Constitution, when ratified by the Legislatures of three fourths of the several States, or by Conventions in three fourths thereof, as the one or the other Mode of Ratification may be proposed by the Congress,” it stated.

So far, thirty-three amendments have been approved by congress and sent to the states – of which twenty-seven have been ratified.  The convention of states method has never been used to submit a proposed constitutional amendment.

Only one amendment – the eighteenth amendment prohibiting the manufacture and sale of alcoholic beverages – has ever been repealed.

Will the Second Amendment be next?

We don’t see that ever happening … nor would we ever support such an effort.

From our perspective, removing guns from the hands of law-abiding citizens is not going to make our society safer.  All it’s going to do is empower those seeking to kill innocents – expanding their list of potential targets and escalating the body count when they do decide to strike.

But the purpose of this column isn’t to reiterate our rabidly pro-gun views … it is to point out that most of the cacophonous noise on both sides of the American gun debate is utterly pointless.

Whatever your views are on the subject, there is only one debate that matters: To repeal or not to repeal.

Those are the people to pay attention to …

“We need to repeal the Second Amendment because most gun-control legislation is ineffective when most Americans have a guaranteed constitutional right to purchase deadly weaponry in nearly unlimited quantities,” liberal columnist Bret Stephens noted in this column published by The New York Times.

We disagree with Stephens on the issue of repeal (emphatically) … however we respect him for recognizing the sanctity of the Second Amendment as a constitutional liberty.  We also respect him for being honest about what he thinks should be done with it.

In fact, his column – derided by many “conservatives” – strikes us as a rare honest, principled perspective in a debate being driven on nearly every side by uninformed regurgitation of increasingly tribal talking points.

Agree or disagree, these are the discussions we need to be having in response to tragedies like the one that occurred last week at Marjory Stoneman Douglas High School.