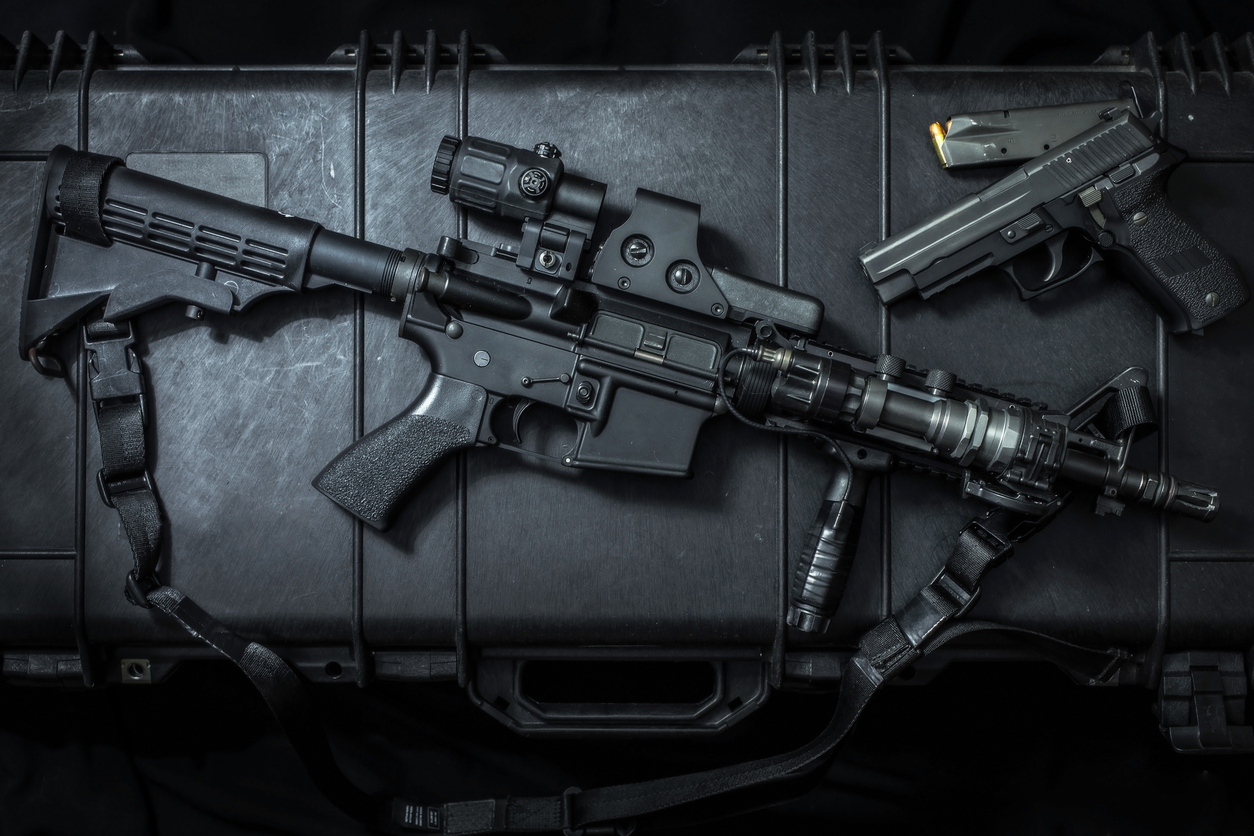 We wanted to wade into the politics of gun control yesterday … but we just couldn’t bring ourselves to do it.

It didn’t seem right. Check that … it wouldn’t have been right.

Of course that didn’t stop millions of “all in” Americans from trolling Sunday night’s horrific Las Vegas shooting anyway – callously exploiting this mass tragedy as a means of advancing their reflexively held ideological beliefs.

Inspiring and egging them on?  Hundreds of politicians and celebrities eager to leverage the vitriol of these trolls (and the escalating body count on the Vegas strip) to maximum political advantage.

Former Democratic presidential nominee Hillary Clinton was by far the worst (and most hypocritical) of the grandstanders – simultaneously politicizing this tragedy while instructing the rest of us to “put politics aside.”

“Our grief isn’t enough,” Clinton tweeted. “We can and must put politics aside, stand up to the NRA, and work together to try to stop this from happening again.”

Then there was Lady Gaga, who suggested the blood flowing on the streets in Paradise, Nevada was on the hands of U.S. president Donald Trump and “Republicans” in Congress.

Finally, there was Hayley Geftman-Gold – a lawyer for CBS – who had the audacity to say she felt no sympathy for the victims of the attack because “country music fans often are Republican gun toters.”

Obviously it wasn’t just the far left acting the fool.

Over at InfoWars, right wing provocateur Alex Jones bragged not only about having predicted the Las Vegas attack – but that it would be blamed on a right wing “patsy.”

At a time when our nation should have been united against violence and terror, it seemed everyone was in point-scoring mode.

Seriously, America.  Is it too much to ask that we collectively give it a rest for, say, 24 hours following the deadliest mass shooting in our nation’s history? Can we honestly not wait until dozens of bodies grow cold (and a few basic facts about what happened to them are established) before completely showing our asses?

Of course the United States didn’t just show its ass yesterday.  It showed its mass ignorance.  And it’s crass insensitivity. 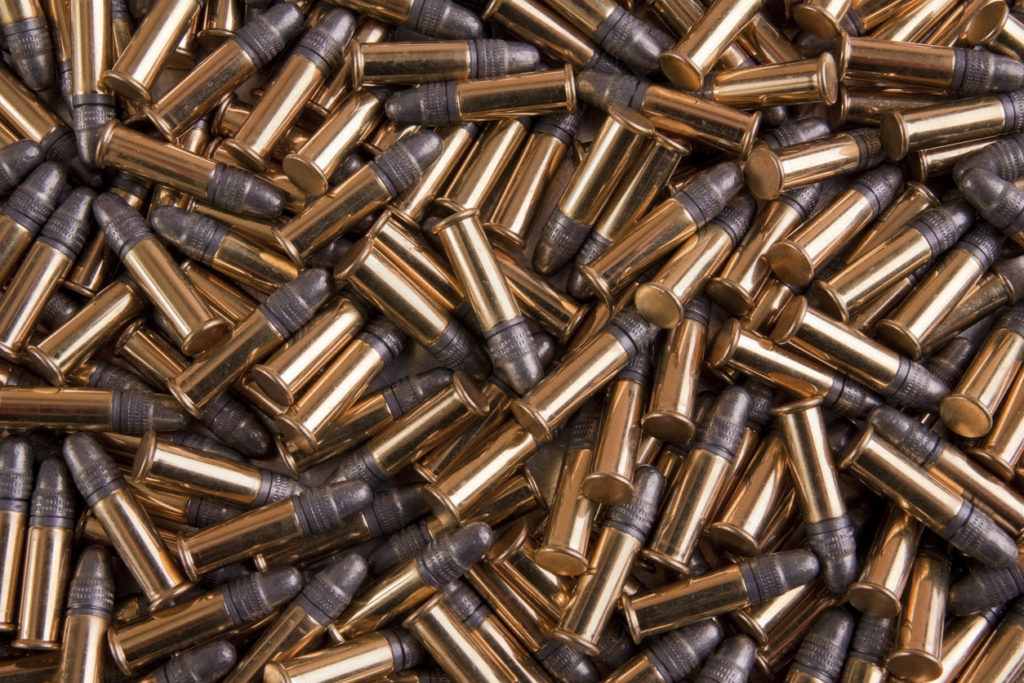 At this early stage of the investigation into what happened in Las Vegas, we aren’t in possession of all the facts.

According to local law enforcement, there is only one suspect in the shooting – 64-year-old Stephen Paddock, who reportedly shot himself as a SWAT team was bearing down on his hotel room on the 32nd floor of the Mandalay Bay casino resort.

Inside that room, police say they found 23 different guns – including high-powered rifles capable of piercing body armor – along with multiple loaded high-capacity magazines.  Some of the weapons were reportedly modified to fire automatically, meaning multiple projectiles could be launched with a single pull of the trigger.

Another 19 guns were found inside Paddock’s home in Mesquite, Nevada.

There is no indication yet that any of the guns owned by Paddock were purchased illegally, although he – or someone acting on his instructions – may have illegally modified these weapons.

Again, we don’t know all the facts yet …

What do we know?  That those insisting the federal government “ban automatic weapons” in the aftermath of this tragedy neglect to mention that such weapons are already effectively outlawed in America.

According to this law, it is illegal to own any fully automatic weapon manufactured after May 18, 1986.

“There is no exception allowing for the lawful production, transfer, possession, or use of a post-May 18, 1986 machine gun receiver as a replacement receiver on a weapon produced prior to May 19, 1986,” the law states.

Assuming you can locate and afford one of these weapons (they run around $20,000), purchasing one is “a lengthy and burdensome process that requires extensive investigation by ATF,” according to Davis.

Here’s more from his piece …

Federal law requires extensive background checks of anyone wishing to own a (pre-1986 fully automatic weapon) such as a machine gun.  If you wanted to purchase a machine gun today, it would take close to a year, and you would be required to submit fingerprints and a photo to accompany your background check. Each (automatic weapon) also requires its own tax stamp, which costs $200. Once the ATF decides that an individual is permitted by law to own (such a gun), it adds that individual’s name, address, and biographical information to a federal gun registry and matches it to the serial number of the licensed (weapon). This goes for every item listed in the NFA, not just machine guns. Individuals with NFA items are then required to notify the ATF when they move and any time they plan to travel outside their state of residence with the NFA item.

“Fully automatic weapons are highly regulated under both federal and state law,” Davis concluded.  “Only licensed entities are permitted to manufacture, sell, or own them. Private civilian ownership of machine guns is illegal unless the individual has been explicitly permitted by the federal ATF to own them. All fully automatic weapons must be registered with the federal government in a central registry with no exceptions.”

Did Stephen Paddock jump through all of those hoops?

It seems far more likely that he (or someone acting on his instructions) modified the weapons used in this shooting … but again, we’ll wait for the investigation to take its course before we dive into that aspect of the debate.

What about the broader issue of gun control?  Does the Las Vegas massacre fundamentally erode this news site’s staunch support for the Second Amendment?

Stay tuned for our next installment, “Let’s Talk About Gun Control (Part II)” for the answer to that question …