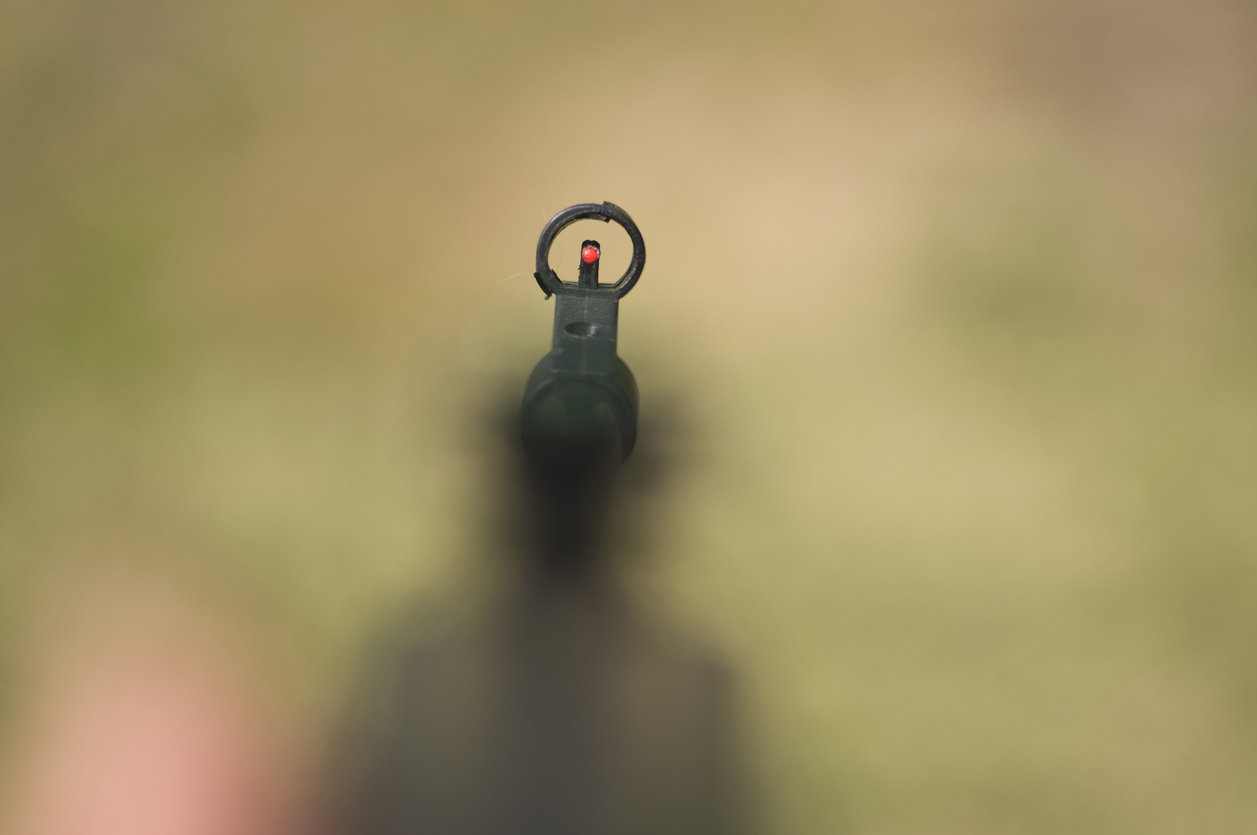 South Carolina is one of thirty-two states which (like the federal government) allows for capital punishment in response to certain offenses – however it no longer carry out death sentences.

In fact it hasn’t for years …

There’s a death row in the Palmetto State – it was recently relocated as a matter of fact – but executions have been effectively discontinued.  None have taken place since 2011, and several condemned inmates who were scheduled to meet their maker in recent years have seen their sentences commuted to life in prison.

Like many other state prison systems, the S.C. Department of Corrections (SCDC) has been unable to purchase one of the drugs needed to perform lethal injections.  No American companies manufacture the substance, and the European companies that produce it refuse to sell it in America.  Why?  Because they oppose capital punishment.

One prominent Palmetto State prosecutor has had enough of the impasse …

“I think we should bring back the firing squad,” S.C. first circuit solicitor David Pascoe told The (Charleston, S.C.) Post and Courier this week.

We agree wholeheartedly – although our long-standing support for firing squads has nothing to do with the method’s “humanity” – and everything to do with ushering in a new era of capital punishment in the United States.

“Capital punishment has become an absolute joke in the United States,” we wrote three years ago.

Actually, it’s always been a joke …

From 1976 through 2016, only 1,442 inmates were put to death in the United States – the vast majority of them by lethal injection.  That averages out to only around 37 executions per year.  By contrast, 17,250 people were murdered in the United States in 2016, according to the Federal Bureau of Investigation (FBI).

In other words it’s pointless having a debate over whether capital punishment is a deterrent to aggravated murder because it simply isn’t carried out with anything resembling sufficient frequency.

Pascoe (above) has gained statewide notoriety for his leadership of #ProbeGate, an ongoing investigation into corruption in state government.  The Democratic prosecutor has won high marks for his handling of the case up to this point – although he has staked the entire investigation (and his own political future) on a high-stakes plea deal involving two of the top targets of the probe.

If that deal unravels – and there are rumors it is unraveling – then all bets are off.

In the meantime, though, Pascoe’s position on the issue is already prompting legislative action.

State representative Joshua Putnam – a candidate for secretary of state this spring – introduced a bill several years ago to bring back firing squads.  Unfortunately, the measure didn’t receive the support of his colleagues.  Undeterred, Putnam said he will refile the bill this session – citing Pascoe’s comments as the impetus.

Good … we support Putnam in his efforts.  And we would encourage his colleagues in the S.C. General Assembly to get on board with his bill this time.  Furthermore, we would encourage all officeholders and candidates for state and legislative elections to make their views known on this subject.

As we’ve previously noted, this isn’t just about providing a deterrent to violent crime on our streets – it’s a key component of stemming out-of-control violence within our state’s prison system.  And saving taxpayers’ money in the process.

As we wrote last November in an expansive piece detailing our solutions for the epidemic of prison violence, bringing back the death penalty is a key component of our definition of “sentencing reform.”

“Some may disagree with us, but we don’t believe convicted murderers should get ‘three hots and a cot’ for life courtesy of state taxpayers,” wrote at the time.  “That’s especially true in regards to individuals who continue to kill people behind bars.”

“If you murder someone with malice aforethought and there is incontrovertible evidence of your guilt, we believe you should be put to death ” we wrote.  “Period.”

Unfortunately, that’s not happening now … nor has it ever really been the law of the land.

South Carolina’s leaders have become soft on crime – lulled into the politically correct embrace of America’s liberal zeitgeist – and the results speak for themselves.

It’s time for them to toughen up …