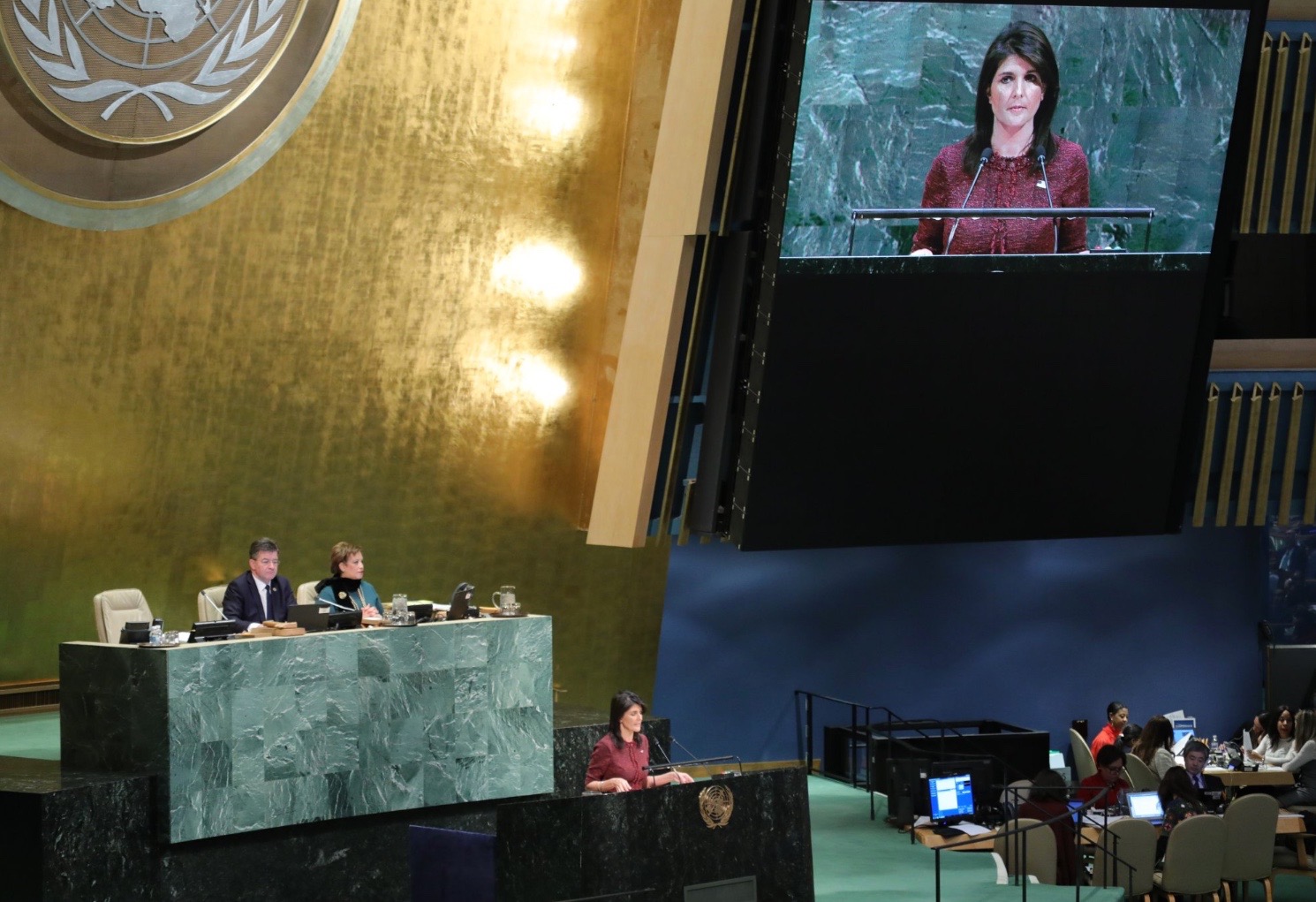 The United Nations voted overwhelmingly on Thursday to rebuke U.S. president Donald Trump’s decision to move the American embassy in Israel from Tel Aviv to Jerusalem.

All told, 128 nations voted against America, compared to only nine nations who supported Trump’s move.  Thirty-five nations abstained from voting while 21 were not present at the time of the vote.

The resolution was symbolic, but its overwhelming passage infuriated UN ambassador Nikki Haley.

“The United States will remember this day in which it was singled out for attack in this assembly,” Haley said. “We will remember it when we are called upon to once again make the world’s largest contribution (to the UN).”

Good for her … let’s hope she and Trump live up to that rhetoric.

American taxpayers shouldn’t be contributing a dime to this globalist government in the first place, as we’ve repeatedly opined.

In December 2015, the UN General Assembly approved a regular operating budget of $5.4 billion for 2016-17.  Of that total, roughly 22 percent – or $1.1 billion – came from U.S. taxpayers.  Additionally, Americans shelled out a whopping $2.4 billion (or 29 percent) of an $8.27 billion UN peacekeeping package approved that same year.

Those amounts are insane for any country … let alone one more than $20 trillion in debt.  And considering the nonsense global wealth redistribution the UN is always engaging in – what do we honestly think all that money is funding?

To be clear, unlike some politicians our rebuke of the UN has nothing to do with its apparent hostility toward Israel.  This news site is also hostile to Israel … or at least hostile to its ongoing insistence on subsidizing its military muscle with our tax dollars.

Anyway, we doubt Haley and Trump will make good on their threats to cut funding from the UN (or to cut foreign aid to those nations which voted against us) … but they should.  American taxpayers cannot afford to continue subsidizing an entity that serves no purpose other than to take our money and redistribute it around the globe to people who hate us.

Nor can our taxpayers continue to subsidize multi-billion foreign aid budgets and multi-trillion dollar military interventions all over the globe.

That era is over … whether our nation realizes it or not.