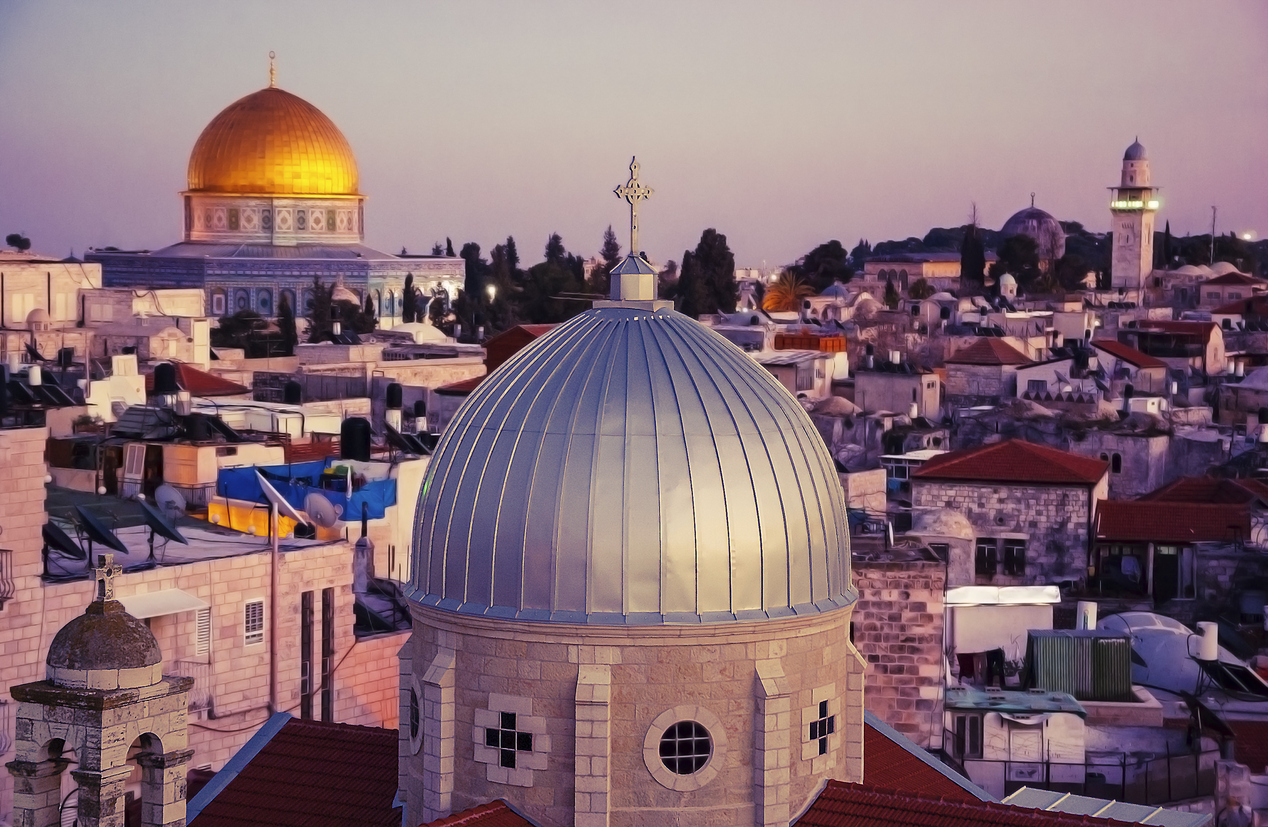 U.S. president Donald Trump formally recognized Jerusalem – not Tel Aviv – as the capital of Israel on Wednesday, and instructed his department of state to prepare plans to relocate the American embassy there.

“It is time to officially recognize Jerusalem as the capital of Israel,” Trump said from the White House. “This is a long overdue step to advance the peace process and to work towards a lasting (Middle Eastern) agreement.”

In fulfilling a 2016 campaign promise, Trump said he “judged this course of action to be in the best interests of the United States of America, and the pursuit of peace between Israel and the Palestinians”.

“Thank you for today’s historic decision to recognize Jerusalem as Israel’s capital,” Netanyahu said. “The Jewish people and the Jewish state will be forever grateful.”

Netanyahu called on “all countries that seek peace to join the United States in recognizing Jerusalem as Israel’s capital and to move their embassies here.”

He also said that he shared “Trump’s commitment to advancing peace between Israel and all of our neighbors, including the Palestinians.”

“This has been our goal from Israel’s first day,” he said.  “And we will continue to work with the President and his team to make that dream of peace come true.”

Not surprisingly, Palestinians rebuked the move – and blasted the ongoing Israeli occupation of their homelands.

“This decision is an uncalculated gamble that will know no limit to the Palestinian, Arab and Muslim reaction,” Hamas leader Ismail Haniya told Al-Jazeera.

The militant group also called for three “days of rage” in response to Trump’s announcement.

“The youth and the Palestinian resistance in the West Bank need to respond with all means available to the U.S. decision that harms our Jerusalem,” a statement from Hamas noted.  “Jerusalem is a red line and the resistance will not allow any desecration of it.”

From 1516 to 1917, the city was ruled by the Ottoman Empire.  After that, it was part of the British Empire until the establishment of the Jewish state in 1948.

As for Jerusalem, it has been under effective Israeli control since 1967 – and was declared the “complete and united” capital of Israel in July of 1980, a move that was rebuked by the United Nations the following month.

The city is the spiritual capital of three of the world’s major religions – Christianity, Islam and Judaism.  It is where Jesus Christ was crucified around 30 A.D., and where Mohammed died and was said to have ascended to heaven in 632 A.D.

As noted on numerous prior occasions (most recently here), this news site does not follow the lead of most American politicians/ media outlets in reflexively endorsing a pro-Israel foreign policy.  We have nothing against the country, we just don’t believe it – or any other foreign nation – should be propped up with American tax dollars.

As it stands now, though, Israel’s war machine is subsidized to the tune of several billions of dollars a year by the United States. Just last fall, the U.S. Congress approved another $38 billion in military aid for Israel – on top of tens of billions of dollars previously sunk into its national defense.  Also, Israel was the only nation to escape recommended foreign aid cuts in the budget proposed by Trump earlier this year.

To be clear: We don’t care where Israel’s capital is, nor do we care upon whom Israel chooses to make war.