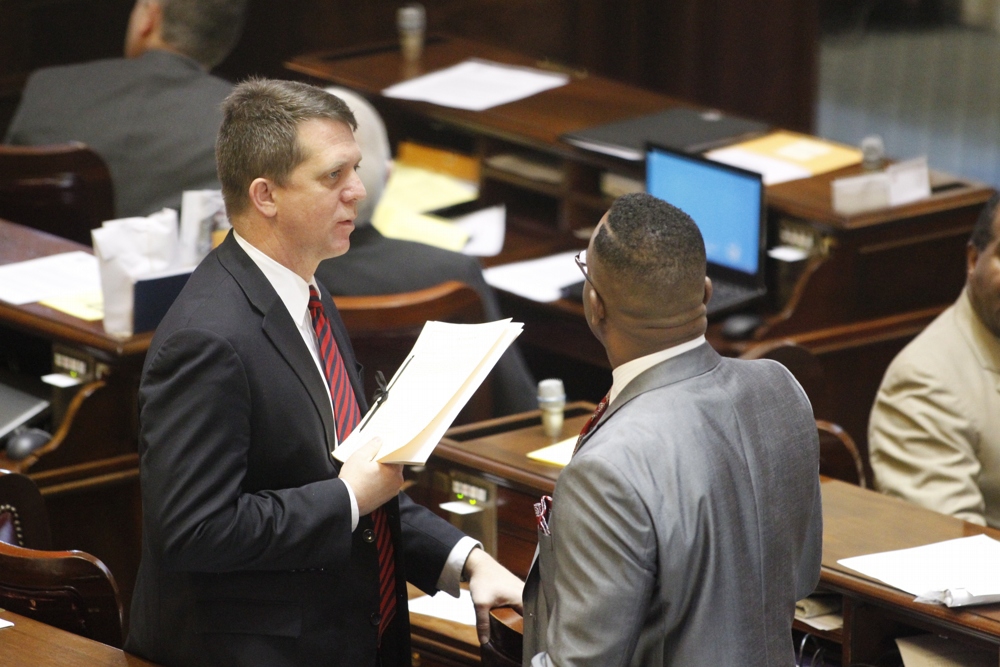 We like James Smith.  We respect his military service.  And we believe the overwhelming frontrunner for the Democratic gubernatorial nomination has the potential to exploit gaping vulnerabilities in the South Carolina “Republican” party.

In a media advisory released by his campaign this week, Smith touts his forthcoming endorsement from former South Carolina governor Richard Riley of Greenville, S.C. – who championed tax hikes and spending increases during his eight years as governor from 1979-1987.

One of those hikes – the 1984 “Education Improvement Act” – raised the state’s sales tax to pump more money into the state’s failing school system.

Riley claims Smith would be an “Education Governor.”

Wait … where have we heard that label before?

Well for starters, that’s how Riley referred to himself.   And a little over a decade after he left office, Democrat Jim Hodges was elected governor using that very same label.  Hodges – another “Education Governor” – successfully championed an “Education Lottery,” which was also intended to route resources toward the state’s still-failing schools.

Did any of this new money work?  Nope.

What about the billions upon billions in new taxpayer money “Republicans” have pumped into our state’s failed government-run school system over the past decade-and-a-half?  Nope.

Things got even worse.

Former governor Nikki Haley – who gave herself the label of “Jobs Governor” (ahem) – also embraced the failed status quo with respect to education.

And her regime produced predictable results …

“Spending fails to provide students with the opportunity to obtain a minimally adequate education,” Toal’s court found.  “Rather, the evidence demonstrates that there is a clear disconnect between spending and results.”

A clear disconnect between spending and results … that’s South Carolina government in a nutshell (and not just on the education issue).

In the current fiscal year, South Carolina taxpayers are shelling out a whopping $16,211 per child on the worst “public education” system in the entire nation.  That’s $11.7 billion.  Going to guaranteed failure.  Meanwhile state leaders refuse to expand a modest $12 million parental choice program, arguing that to do so would “hurt public education.”

“Public education” is hurting our children.  It is failing them generationally.  It is leaving them totally unequipped to fill good jobs.

And despite this, it is being rewarded with guaranteed funding increases and reflexive political support.

For once, we need a governor and legislative leaders whose loyalties lie with the individual children of our state – not the failed system trapping them in a vicious cycle of poverty and dependency.

Only then will South Carolina begin to see real progress in academic outcomes … and experience all the good that flows from it.