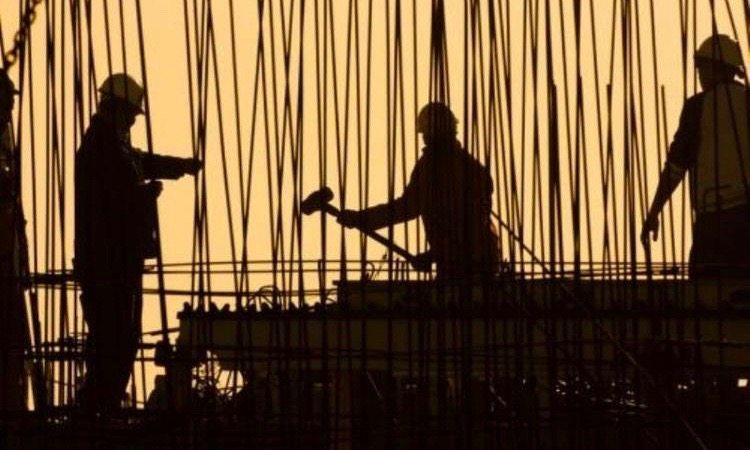 We’ve devoted a lot of ink to the fact that South Carolina’s workforce is smaller than most other states.  And poorer.  And dumber.

Astoundingly, though, a recent report from the S.C. Department of Employment and Workforce (SCDEW) suggests the Palmetto State’s workforce may be too smart for its own good.

According to the report (.pdf), South Carolina suffers from an “oversupply” of qualified laborers – at least with regard to positions “on the upper half of the educational spectrum.”

In other words, 62 percent of the state’s workforce is competing for 30 percent of its jobs.

Ready for the flip side of the coin?

Forty-one percent of South Carolina jobs require a high school diploma (or equivalent) – whereas another 29 percent of positions don’t even require that.

Combined, that’s seventy percent of Palmetto State jobs requiring either high school equivalency or less.  According to SCDEW data, though, only 38 percent of the workforce is correspondingly limited in its academic advancement. 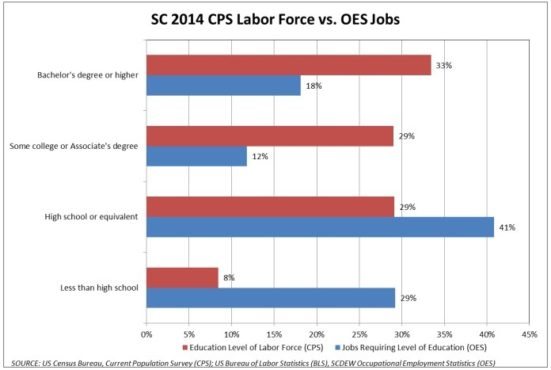 The end result of this mismatched labor force?  Workers on the top half of the spectrum wind up performing jobs that are ostensibly “beneath them.”

First of all, the numbers make it abundantly clear that South Carolina’s bloated, government-run system of higher education – in which taxpayers support nearly three dozen institutions of “higher learning” (at more than eighty campus locations) – is even more unnecessary than we thought.

More to the point, job quality in South Carolina is atrocious.

SCDEW has its own explanation for the numbers.

“This simplification of the actual workforce through representative data illustrates the difficulty in quantifying a potential skills gap when countervailing trends are present in the data,” the agency noted in its report.

Ummm … what in the hell does that mean?

Clearly our state’s efforts at “higher education” in pursuit of “economic development” is missing the mark … badly.