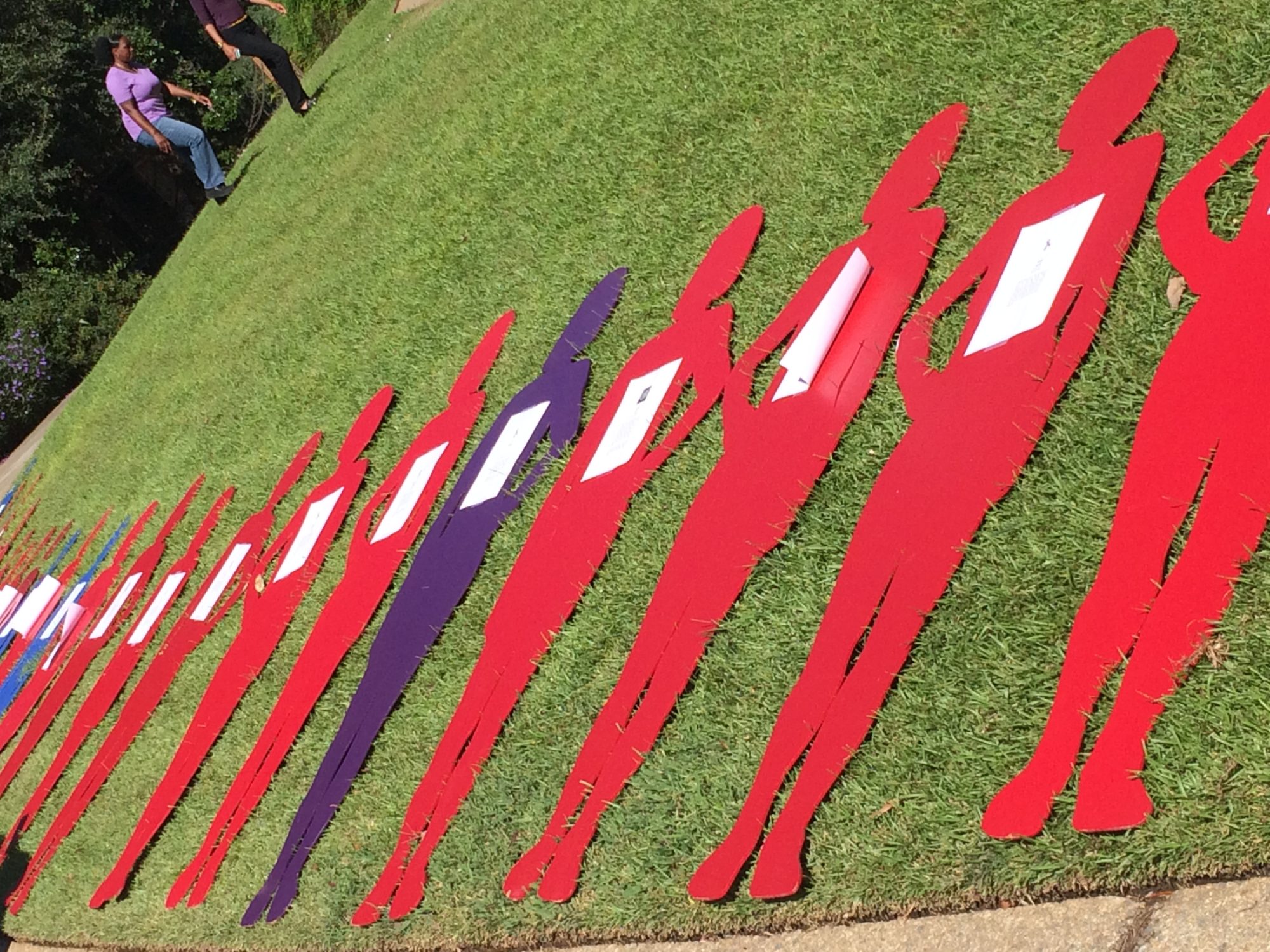 As it has for the past twenty years, the South Carolina attorney general’s office organized a silent witness ceremony on the grounds of the State House in downtown Columbia, S.C. this week to remember those who lost their lives due to domestic violence in the Palmetto State.

During the ceremony, S.C. attorney general Alan Wilson called the names of 34 women and five men from across the state who lost their lives as the result of domestic violence in the previous calendar year.

Victims’ family members, friends and volunteers carried life-sized silhouettes representing these thirty-nine individuals to the south steps of the State House as a bell was rung for each victim.  An additional 40th silhouette represented potential unknown victims of deadly domestic violence.

“The effects of domestic violence are felt by families and loved ones for generations,” Wilson said.

South Carolina has the nation’s fifth-highest rate of deadly violence by men against women, according to 2015 data (.pdf) compiled by the Violence Policy Center.  That ranking is unchanged from the previous year.

SCVAN’s event was sponsored by numerous local defense attorneys (including this news site’s lead counsel Pete Strom).  The event was also sponsored by the S.C. Department of Probation Parole and Pardon Services (SCDPPPS), prompting some of our sources to question whether state resources were being spent on the reception.