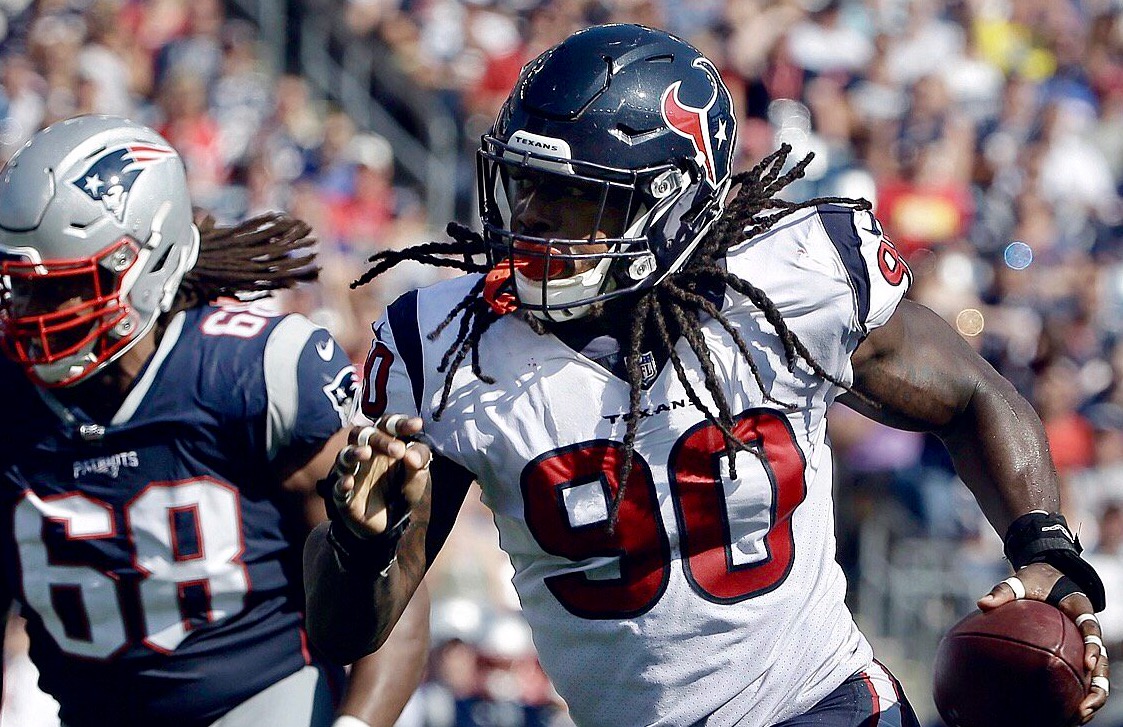 Are you boycotting the National Football League (NFL) this year?  We wouldn’t blame you if so …

The ongoing player protests of the national anthem are turning fans off in droves … meanwhile black nationalists are conducting a separate boycott of the league in support of former San Francisco 49ers quarterback Colin Kaepernick, whom they believe is being discriminated against for initiating the wave of anthem protests last preseason.

It’s a mess … and that was before U.S. president Donald Trump waded into the drama.

The league’s one saving grace lately?  As much as we hate to say it, it’s been the New England Patriots – who put on one of the most amazing comebacks in sports history to win last season’s Super Bowl LI.

That game could have single-handedly restored the NFL’s sagging fortunes … but some of its players had other ideas.

Undeterred, future Hall-of-Famer Tom Brady and his teammates were at it again this weekend – notching a thrilling 36-33 victory over the Houston Texans.  Brady completed yet another fourth quarter comeback (the 40th of his career) by leading his team on an eight-play, 75-yard drive.  The game-winning march was capped by one of the best throws of his career, a back shoulder strike to wide receiver Brandin Cooks with just 23 seconds left on the clock.

Brady’s march spoiled a career day for Houston’s young quarterback, former Clemson University star Deshaun Watson.  Making only his second professional start, Watson completed 22 of 33 passes for 301 yards with a pair of touchdowns and two interceptions (one of which occurred on a failed Hail Mary on the final play of the game).  He also ran for 41 yards on eight carries.

Perhaps the most impressive performance of the game, though, came courtesy of former South Carolina star Jadeveon Clowney.  The Rock Hill, S.C. native – whose first two seasons were marred by injuries – has become the overpowering defensive force everyone was expecting when the Texans took him with the No. 1 overall pick three years ago.

Clowney registered two sacks and three tackles for losses against the Patriots.  He also recovered a Brady fumble and sprinted 22 yards for a touchdown.

Unfortunately for Clowney and his teammates, these big plays aren’t drawing the big audiences they used to … and those audiences could dwindle even further depending on the outcome of the ongoing protests/ boycotts.

Sports really should be something that unites Americans, but in today’s “all in” discourse they have become ground zero for our nation’s ongoing division.