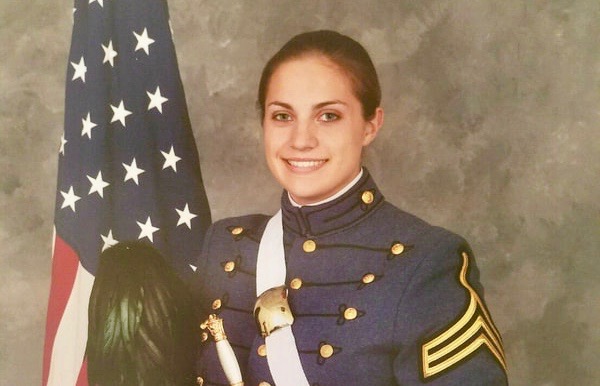 Graduates of The Citadel – South Carolina’s government-run military college – are rallying behind one of their own who appears to have been the victim of a savage domestic violence incident.

A GoFundMe page has been established to help Mandie Brillhart, the victim of the alleged assault.

“Mandie is facing serious challenges from domestic abuse,” the page noted.  “She needs our support.”

Details of the assault were first posted on Friday by Columbia, S.C. real estate agent (and Citadel graduate), Doug Bridges.

According to Bridges, Brillhart was “viciously beaten and abused by a man who was her boyfriend and the father of her child.”

“That was the mild part of the report,” Bridges continued.  “As if brutally beating her was not enough the man poured gasoline on the mother of his child and lit a match to her.  Flames covered her body and did severe damage to her feet and legs up to her knees.  Egregious is not a strong enough word to describe this heinous act which appears to have been premeditated.  The ‘Man’ as he self-described himself, accused the mother of his child of cheating on him … that was excuse for nearly killing the precious woman.”

Brillhart graduated from The Citadel in 2012.   After graduation, she was deployed to Afghanistan with the U.S. Army’s military police force.

“I have known since her junior year at a local high school where she had been an outstanding cadet in the school’s ROTC program,” Bridges wrote.

He and other Citadel alumni supporter Brillhart financially in her bid to attend the school as “her father had left the home and the family was of very humble means.”

Brillhart and her alleged assailant have a fourteen-month-old child together.