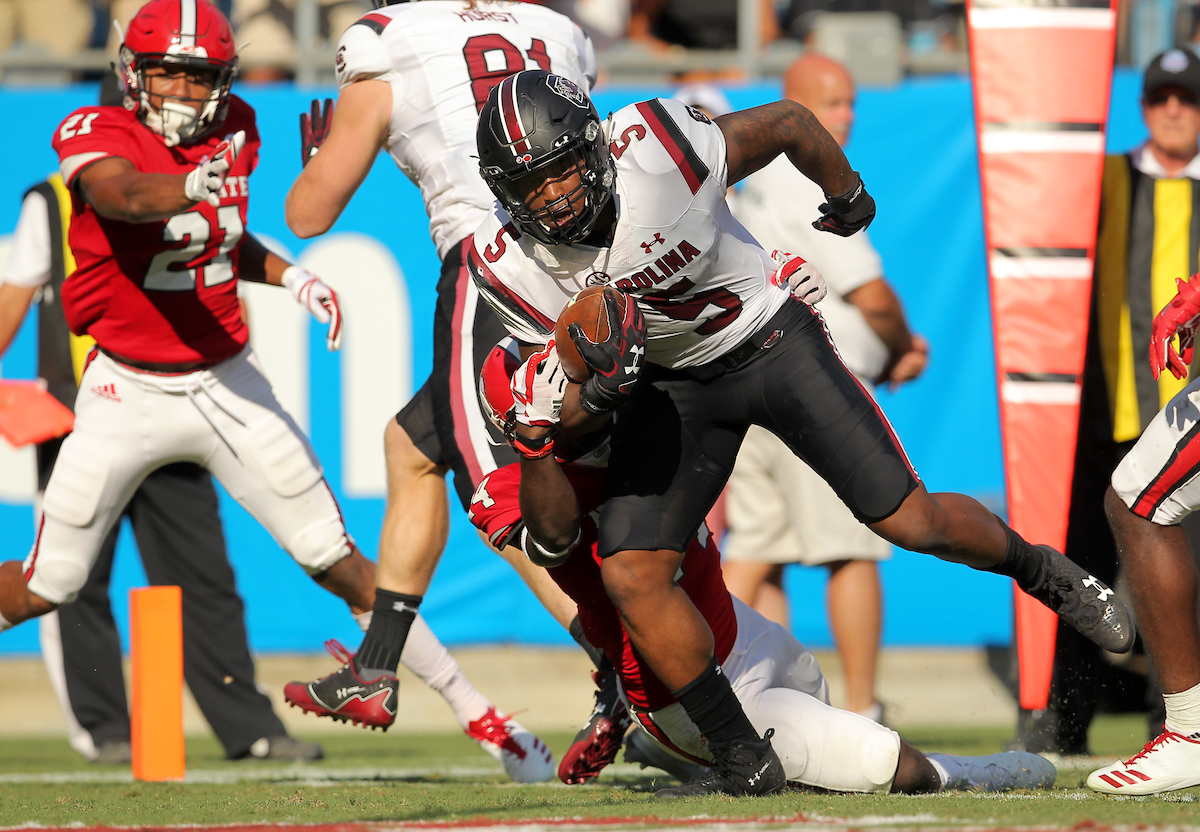 A year ago at this time, the University of South Carolina football team had the worst offense in America.  Literally … the worst.

Things aren’t quite as bad this season, but the Gamecocks abject failure to run the football is putting far too much pressure on young quarterback Jake Bentley – allowing opposing defenses to zero in on him and the South Carolina passing game.

What happens to one-dimensional teams in the Southeastern Conference (SEC)?  Yeah: They lose …

Through three games, the offense run by coordinators Kurt Roper and Bryan McClendon has amassed just 257 yards on the ground – ranking No. 118 nationally (out of 129 NCAA Division I programs).  That’s an average of only 85.7 yards per game.

Making matters worse, 25 of those yards come courtesy of Bentley – the quarterback – while another 30 were contributed by wide receiver Deebo Samuel, who broke his leg during the Gamecocks’ loss to Kentucky last weekend and is out for an undetermined period of time.

Samuel also has one of the Gamecocks three rushing scores on the season.  Tight end Hayden Hurst has another – a two-yard touchdown run in South Carolina’s win over Missouri two weeks ago.

Ready for the truly depressing data?

South Carolina’s three tailbacks with carries this year – sophomores Rico Dowdle, Ty’Son Williams and A.J. Turner – have combined for an anemic 206 yards on 59 carries.   That’s an average of only 68.6 yards per game.

Oh, and the trio has just one touchdown between them.

As expected, South Carolina’s failure to run the ball has had a ripple effect on the offense as a whole.  Not only has it put the team in unmanageable third down situations, it has resulted in the Gamecocks coming up short on critical fourth down situations, too – including a potentially game-changing fourth down play on Kentucky’s goal line last week.

“We need to run the ball better,” Gamecock head coach Will Muschamp told reporters after enduring the program’s fourth straight loss to the Wildcats.

Unfortunately, things aren’t getting easier.  South Carolina’s top offensive lineman, junior Zack Bailey, is out for an unspecified number of games with a high-ankle sprain – further complicating matters for the Gamecock ground game.

Bottom line?  If South Carolina can’t figure this out, we could be looking at a team that takes a step backward from last year’s 6-7 season.