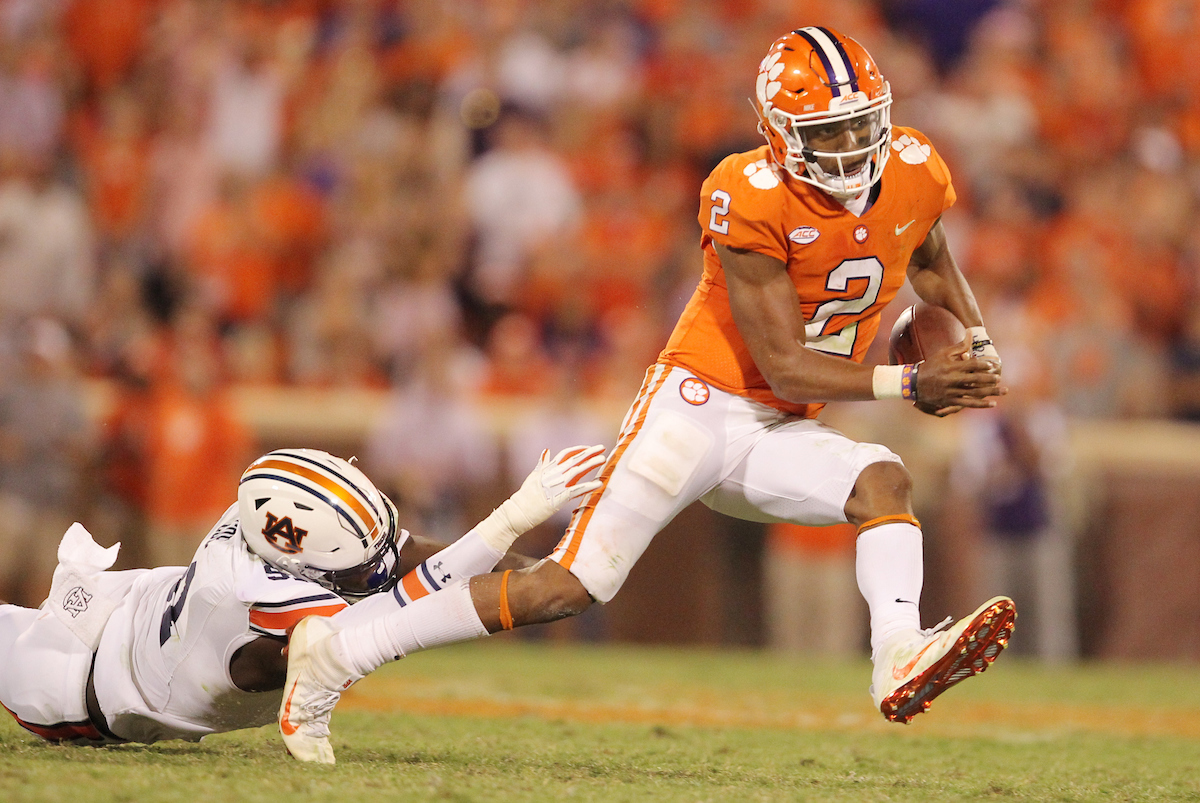 Welcome to the fourth installment of #FITSPicks …

Each weekend of the 2017 college football season, our panel of experts has been offering up their predictions for both of the Palmetto State’s major college in-state matchups as well as three of the best Top 25 tilts on tap.  They’re graded twice: Whether they pick the correct outcome, and whether they win against the spread.

How have they fared so far?  Let’s take a look …

This week we welcome back our intrepid and drop dead gorgeous ex-columnist Liz Reardon – who picked with us during Week 2.  We’re also joined for a third week in a row by the author of our favorite college football Twitter account, Woody Whitehurst, who gets bonus points for working a Martin Scorsese reference into his Clemson pick this week.

Liz and Woody are joined, as always, by our founding editor Will Folks and Pee Dee prognosticator Brant Branham.  Currently Branham has a one-game lead over Folks in picking against the spread, while Folks has a one-game advantage in overall record.

To the Week 4 matchups … 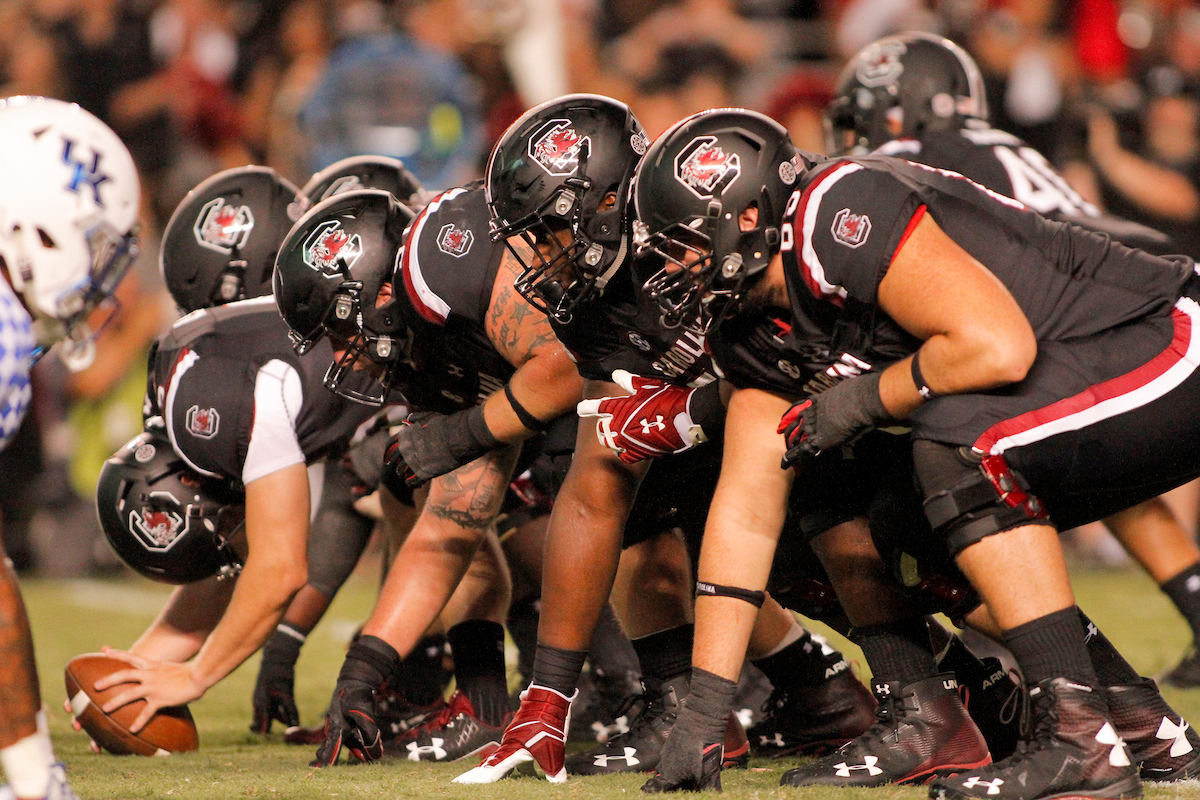 The Gamecocks are coming off a disappointing loss at home last week, and a major loss in the injury to their best player Deebo Samuel.  Still, they should should bounce back this week.  USC has got to establish a run game with only 257 yards total on the ground through three games.  They also need vast improvement on third down conversions – probably the result of being behind the chains due to their poor running game.  Cocks need to win the turnover battle, but should win ugly.

I’m taking the Cocks only because I could never bet against my own team. That’s really all I can say after last week.  For what it’s worth though, I think the spread is generous.  Hope I’m dead wrong.

I had hoped that picking South Carolina last week would result in a jinx, but I didn’t realize it would summon the Chicken Curse.  The Gamecocks should get back on track against Skip Holtz’s Bulldogs this week, but they’re going to need to replace Deebo Samuel’s offensive production quickly to survive the rest of the year.

Everyone is talking about the injury to Deebo Samuel – and with good reason – but the loss of star offensive lineman Zack Bailey is another huge blow to the struggling Gamecock offense.  Also let’s not forget Louisiana Tech head coach Skip Holtz is coming to Williams-Brice stadium with a chip on his shoulder.  So close to picking the upset in this one, but I think soon-to-be-embattled Gamecock head coach Will Muschamp ekes out a win. 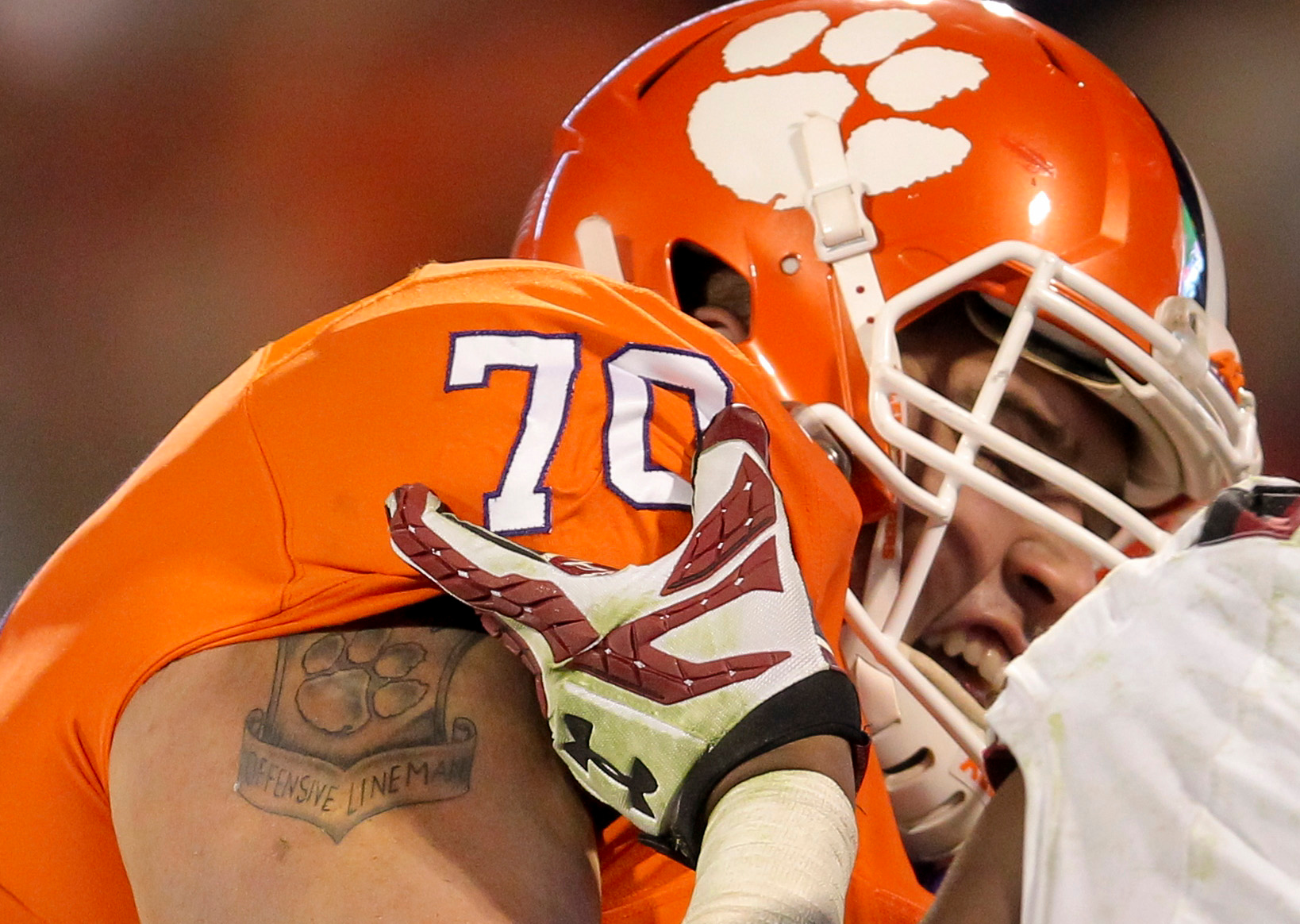 Boston College has lost four straight against Clemson, but the Eagles 3-1 against the spread against the Tigers in those games.  After big wins against Auburn and Louisville – and a Top 25 matchup on the road in Blacksburg next week – it could be easy for the Tigers to take their foot off the gas a little.  But, Clemson doesn’t lose at home in September – winning eighteen straight.  Too much tiger O and D.

Maybe it’s wishful thinking, but I’m taking Boston College and the points.  Clemson has a real game (sort of) next week and they might want to save up.

I think this game ends up like the last 30 minutes of The Departed: everyone from Boston dies. I guess that makes Dabo Swinney Mark Wahlberg?  Tigers roll.

I went against the grain back in week one and predicted the Tigers then-unproven offense would cover a ridiculously large point spread against Kent State.  They did.  Watch them do it again at home against the hapless Eagles.  There will be no let-down at Death Valley this weekend, but watch out for Virginia Tech next week.  Beamerball is back in Blacksburg and Clemson could be in real trouble against the Hokies. 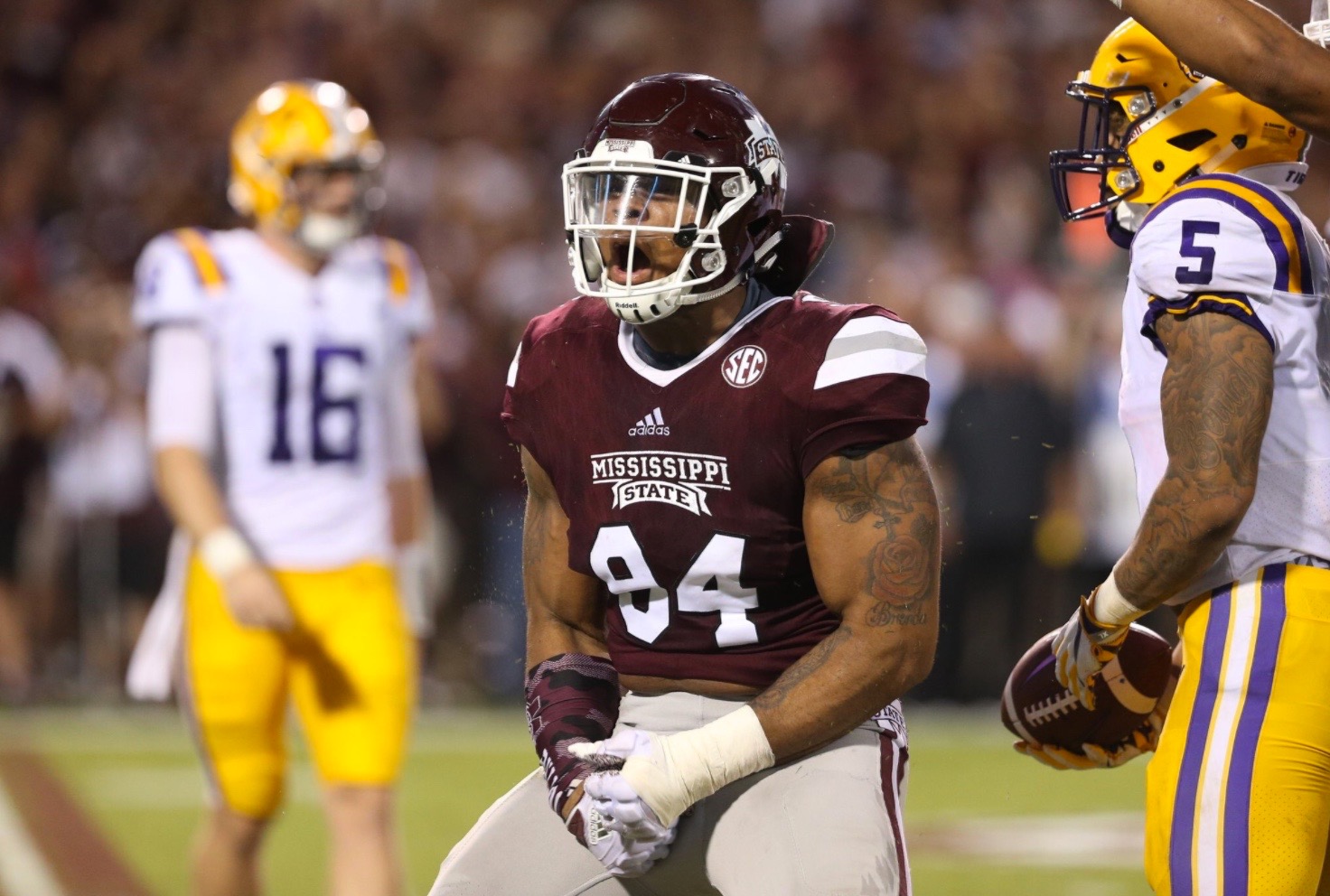 These Bulldog teams don’t play each other often, but Georgia has won five of the last six straight up.  However, Mississippi State is 3-1 against the spread.  MSU’s Nick Fitzgerald is a solid, dual-threat quarterback who has accounted for 25 touchdowns over his last six games, and will be tough for Georgia’s defense to stop.  Still, I think the home Bulldogs get it done, and win and cover.

This is really a must win game for UGA.  I don’t like to pull for the Dawgs – but I think they’ll pull it out and beat the spread.

After bludgeoning LSU to death last week, I really like Mississippi State.  Starkville is a terrible town and those fans deserve something good to happen to them.  Also if Georgia keeps winning, their fans will be (even more) insufferable and no one wants that.

Nick Fitzgerald is the most underrated quarterback in the country.  His gaudy offensive numbers from last season – his first year as a starter – compare favorably to numbers put up by Heisman Trophy winners Cam Newton and Tim Tebow.  I think his playmaking and a stout MSU defense get it done between the hedges. 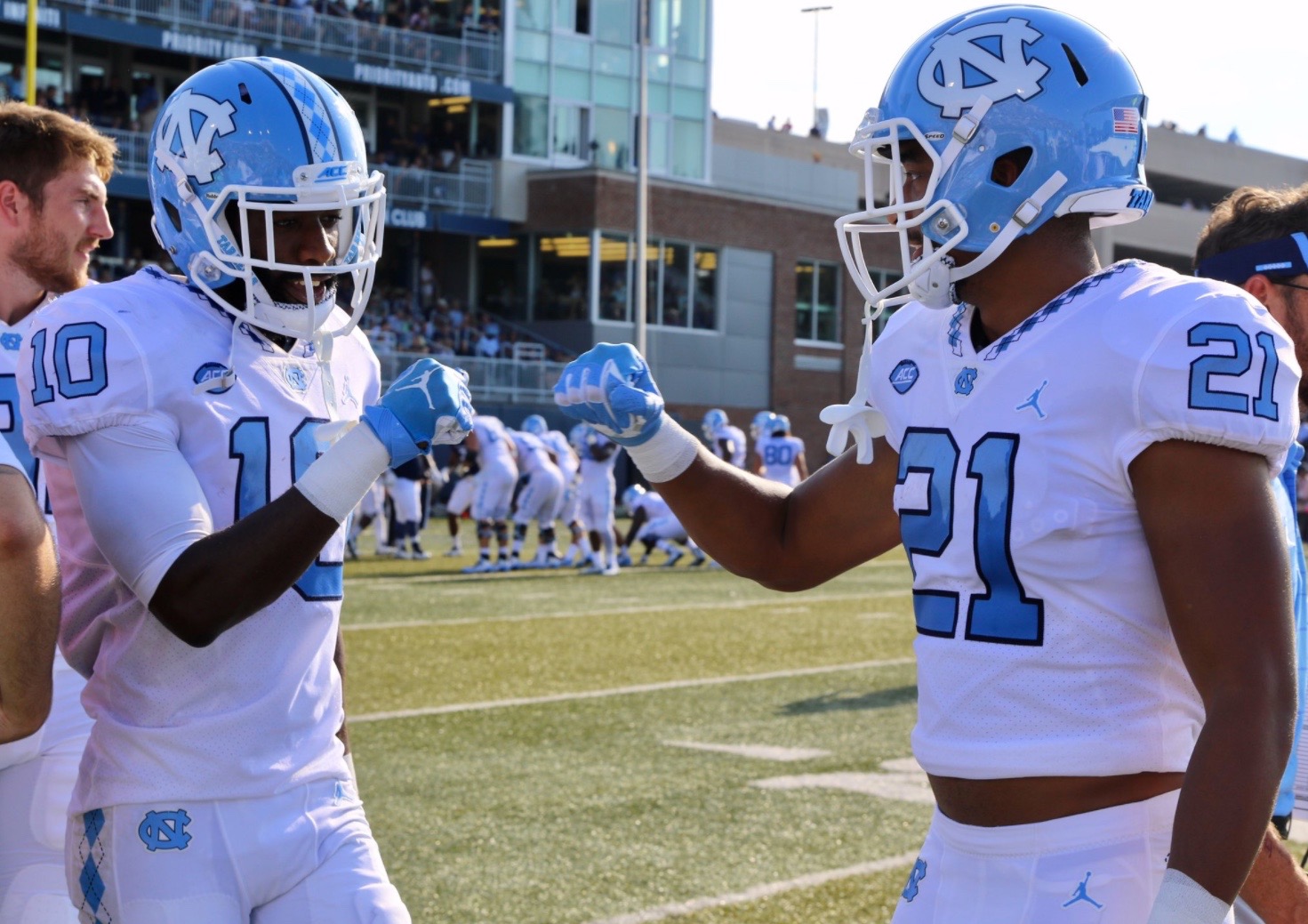 The Tar Heels defense is sketchy at best, giving up almost 1,200 yards in losses to California and Louisville. Duke is 3-0 against the spread so far this season, but I’ll still take the blue bellies.

I’m so glad I’ll be at Williams-Brice Stadium in Columbia, S.C. just so I don’t have to watch this one. I’ll take Duke because there’s only room for one Carolina in my life.  And honestly, who cares about this game?

Duke actually looks like a pretty good team this year and UNC couldn’t stop a runny nose. Not that it matters who wins, because there won’t be anyone at the game to witness it.

Why are we picking this game?  I think Brant knows something the rest of us don’t – or maybe he’s just a sucker for those spiffy Air Jordan uniforms worn by North Carolina.  Either way, I think freshman quarterback Chazz Surratt has a big game for UNC against the team he originally committed to – but I doubt it will be enough thanks to that terrible Tar Heel defense. 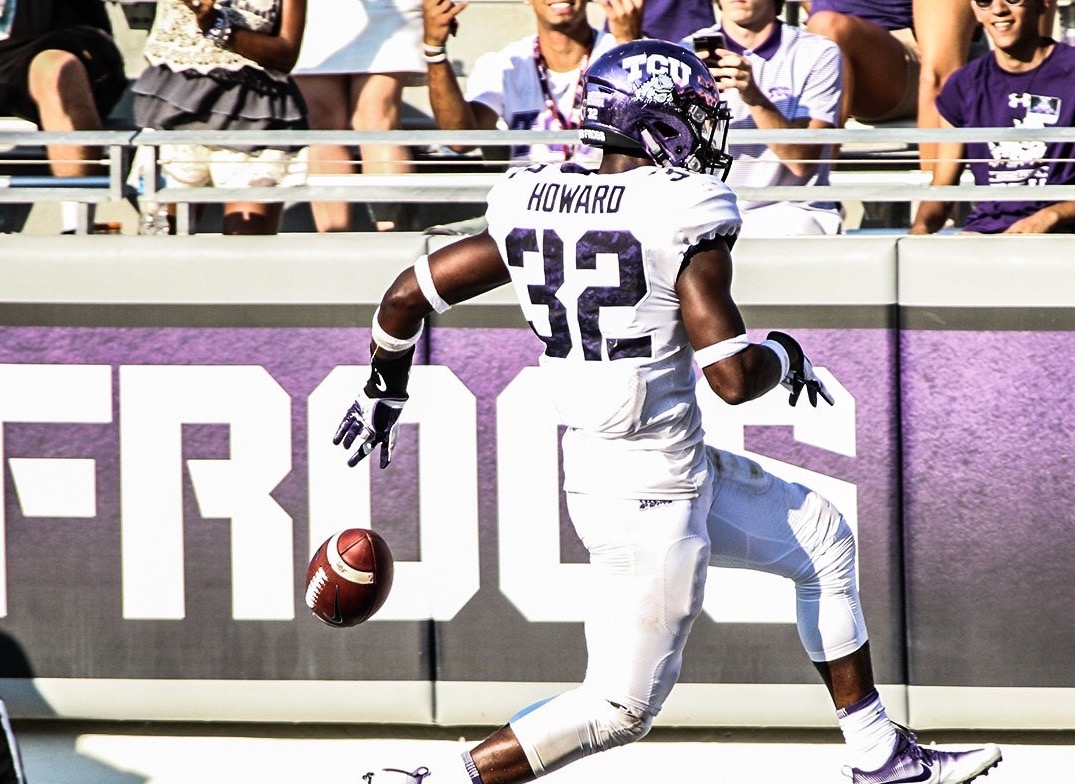 Cowboys have beaten the frogs four of last five.  Mason Rudolph is one of the best quarterbacks in the country and Oklahoma state is second in the nation in both scoring offense and yards per game.  Although TCU is 13-1 straight up during its last fourteen September games, I don’t think they have enough firepower to keep up.  Cowpokes win and cover.

I’ve always randomly pulled for TCU. I love their mascot (the Horned Frog) and back in the early 2000s they had a quarterback named Tye Gunn (no relation.)  So, go Frogs!

If the University of South Carolina had recruited Rock Hill native Mason Rudolph, their program may not be the dumpster fire it is today.  I’m forever ever grateful to Steve Spurrier and his staff for laying down on the job the last three years they were there. OSU wins big.

I really want to be contrarian and pick the Horned Frogs here, but OSU’s offense is simply too good.  It’s not just stud quarterback Mason Rudolph, either – the Cowboys’ wide receiver corps is loaded with talent and they boast a balanced rushing attack, too.  Just too much firepower.