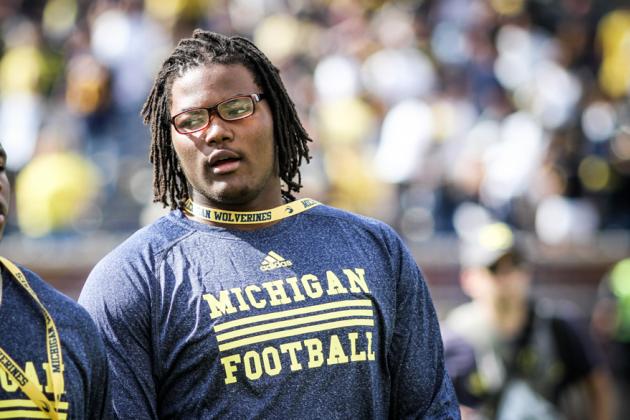 Yesterday, we made the case that No. 1 national high school football recruit Rashan Gary should choose Clemson University’s football team over the University of Michigan.

(Our founding editor is a lifelong fan of the University of South Carolina, Clemson’s in-state arch-rival on the gridiron).

The 6-foot-4, 287-pound defensive tackle from Paramus Catholic school in New Jersey chose the Wolverines over the Tigers in a nationally-televised announcement on ESPN.

“God sent me a signal,” Gary said regarding his Lebron James-esque decision.

And didn’t S.C. governor Nikki Haley basically give Clemson access to the state’s taxpayer-funded plane to recruit as needed?

Obviously Clemson still had one hell of a recruiting class.  In fact they scored yet another Top Ten class, according to ESPN’s rankings.

So clearly there’s going to be no drop-off in talent this coming season – even with the Tigers sending several players to the NFL.

South Carolina finished with the nation’s No. 29 class, according to ESPN – trailing SEC East rivals Georgia, Florida and Tennessee.

Best of luck to Rashan.

you are way too kind, i say “fuck him”

Hey, we finished with a top 10 (or top 5 depending on the rating service) class without him. Hard not to be happy today.

Clemson is still a superior team, unlike Ohio State.

Still behind my FSU, the only team in the ACC to win a National Title since 1991. Actually win one and I will worry about what Clemson does. This year we will have our starting QB in and you wont get out with the W. No divisional title, no conference, no playoffs for you this year girls. See you again in another 35 years I guess. Go Noles!

Pay off any other rape victims this week?

Hey don’t piss him off, he may be able to get us some free crab legs.

Or, maybe some pharmaceutical pills while driving high on campus like Smoking Sammy Potkins?

nice try, at least our kicker didnt get busted with coke (twice)! Seriously win a national title again for the 1st time in more years than any players you have (and some of their parents too) were actually alive, then come back! Until then you are posers that blew your one chance. By the way we only joined the ACC in 1991 and have more titles than any other school in it, including you as a charter member. you ain’t elite, you only pretend to be. Hope it was fun, because with our recruiting class better again this year, it wont happen for a while if it ever does. Go Noles!

You are comparing possession of cocaine to rape? That explains a lot.

Oh, and SCOREBOARD. See you in October.

I’m pretty sure there was no conviction, so actually he didn’t rape anyone, I guess kind of like your receiver never threw a girl down a flight of stairs or the other one that beat up his girl with a shower rod, but good try. By the way did that scoreboard get you a National Title? Nope, but ours did! it actually did it 3 times but twice while in the ACC. We also have 3 Heisman winners to your none, and more overall bowl wins too. You might win one here and there, but you will always be our little bitch!!! Stick to debating with the dirtpeckers, you are out of your league here Go Noles!

Again….You might win one here and there, but you will always be our little bitch!! Go Noles!

And, again, there is not much more to say than…

And again and again and again ALL I have to remind you of is you might win one here and there, but you will always be our little bitch!! But let me add to it as you cant understand. We own Conference, we own the series (20-9 or 69%),so we own you! I guess those 6 years the shitty dirtpeckers kept beating your ass when all you did was reply we have the overall records makes you hypocrites huh? 1 win with our back up QB and you think you did something? The ACC will be ours again as it has 15 times in just 23 years which is more than you have done in total since it was founded. What is that like only 1950 something? 65 years or so? Good job this year, enjoy your once in a blue moon thing, it wont happen again. Lil’ Bitch!!! Go Noles

http://michigan.247sports.com/Bolt/Jim-Hackett-Rashan-Gary-offered-incentives-during-recruitment-43471333. I hope they aren’t referring to Clemson. Something is suspect. It doesn’t matter though, like I keep telling you, You might win one here and there, but you will always be our little bitch!! Go Noles!.

The scoreboard would indicate otherwise.

20-9 says this, You might win one here and there, but you will always be our little bitch!! Go Noles!.

Its funny it says rivalry but its way one sided. it shows 20-9 with an 11 game win streak in there as well as the largest margin of victor. 57 points. I’ve said it once I’ll say it every time. You might win one here and there, but you will always be our little bitch!! Go Noles!. current streak sits at 1 and will switch next year. Bye bye Lil’ Bitches

And yet, none of that helped you in the last meeting. Win the next one, then talk smack, dear.
23-13

You could win them all until 2027 and still not have the edge, so get that then talk smack sweetheart. Never ever forget the truth, You might win one here and there, but you will always be our little bitch!!

But we won the most recent one. Which is all that matters. Enjoy polishing that recruiting trophy.

Yeah because you always said that “only the most recent one matters” to the Dirtpeckers when they beat your ass 6 years in a row. No, you are changing the story because during that run all you said was history and series, now all of a sudden that doesn’t matter? What ever lets you sleep at night. By the way the trophy I will polish is our recent NCAA champion trophy while you wish there was one for a participant. One day you might catch up to us but we both know you wont. 15 in 23 years ACC champs, 20-9 record over you. 11 wins in a row during that span (that had to hurt) a 57-0 ass whooping (that hurt too), and an epic beat down at your own home on national TV that coined the phrase Clemsoning (nuff said). Face it we own you. You might win one here and there, but you will always be our little bitch!!

That poor girl had it stuck to her twice. First from the lobster stealing dummy and then the lawyers put in a shot.

Yep. Have you seen the documentary that she is featured in? Disgusting. As the mother of a college aged daughter, it was hard to watch.

No I haven’t, do you have a title or link?

For all the love I have for College Football, something like this makes me sick. You see this and then Rolling Stone does what it did and you just wish people would STOP, and let the truth and evidence take a front seat in the search for true justice. Thank You for sharing and again best wishes for your daughter.

Clemson is going to be ranked way high next season. You won’t be celebrating that.

How ’bout an article on the C0ck’s top 30 recruiting class? Look on the bright side, the C0ck’s class is 10th in the mighty SEC, that must make you proud.

On the heels of a bad season and a coaching change, I am pretty darn pleased with what Muschamp was able to pull off from a recruiting standpoint. There is still one more out there that may join the fold.

you don’t know about our secrets weapons

not surprised. a little disappointed i guess, but we still have a stacked defensive line. We picked up another 5* dline recruit, just keep building. Mullens was really a good get for clemson though, we needed that CB to take over for alexander

I’m just guessing but Harbaugh’s unique ability to shape him for the NFL must of been a tipping factor. That or the kid just wanted to stay in the North. Clemson still has it going on, especially for a ACC team.

Not for lame ass sports articles. I come here for the witty repartee and divergent point of views from all the loser, racist, homophobic, redneck mental midgits that troll this site, appearantly day after day. The level of discourse on this site is truly disgusting.

I will leave you to rot among yourselves and your filth and 18th century thinking.

And you just described yourself!

The consequence of riding a high horse is an inevitable and long fall.

i’m sure he’ll be a gentleman and a scholar

He’s overrated, will never qualify academically, and will probably spend more time in jail than on the playing field. Clemson dodged a bullet with this loser, thank God. GO TIGERS!

And here I thought that Folks’ frat boys had finally grown up. But I see they haven’t. Get your own screen name.

He looks like someone just told him that the University of Michigan is in the state of Michigan and he’s not sure if the guy is serious or kidding.

Love to see you tell him that in person :)

Those Tyvek(?) shirts — makes it look like he’s wearing a slave collar — perhaps that’s why he has a perplexed expression

True….but in Michigan, you better bring your snivel (sic) gear. As I type this…its 36 F in Ann Arbor…and 60 F in Clemson.

The water is better in Clemson

so what does that say if they would have been 4th in the ACC?