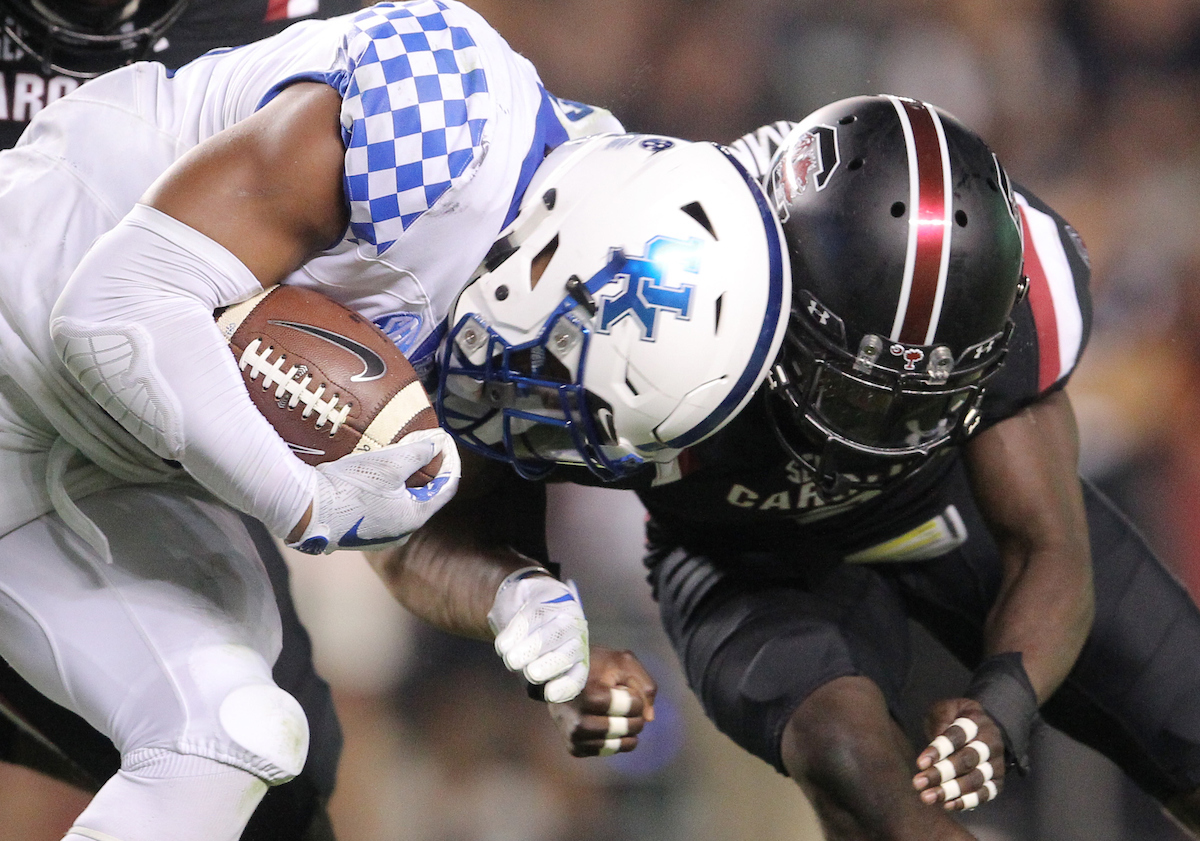 The University of South Carolina football team had everything going for it on Saturday night … a pair of impressive road wins under its belt, a raucous home crowd at its back and a favorable matchup against an ostensibly inferior conference opponent.

Things started off according to script, too.  South Carolina’s offense scored a touchdown on the first play of the game and its defense forced a turnover on its second play from scrimmage.

Everything went downhill from there, though, as the Kentucky Wildcats reeled off their fourth consecutive victory over South Carolina with a 23-13 win in front of a sellout crowd at Williams-Brice Stadium in Columbia, S.C.

Well, it was a sellout crowd until late in the third quarter – when thousands of Gamecock fans dressed in black for this “blackout” game headed for the exits, frustrated with a new “gameday experience” that produced a familiar result.

A loss … to a basketball school.

South Carolina’s dream season?  All of a sudden it’s looking like a nightmare … 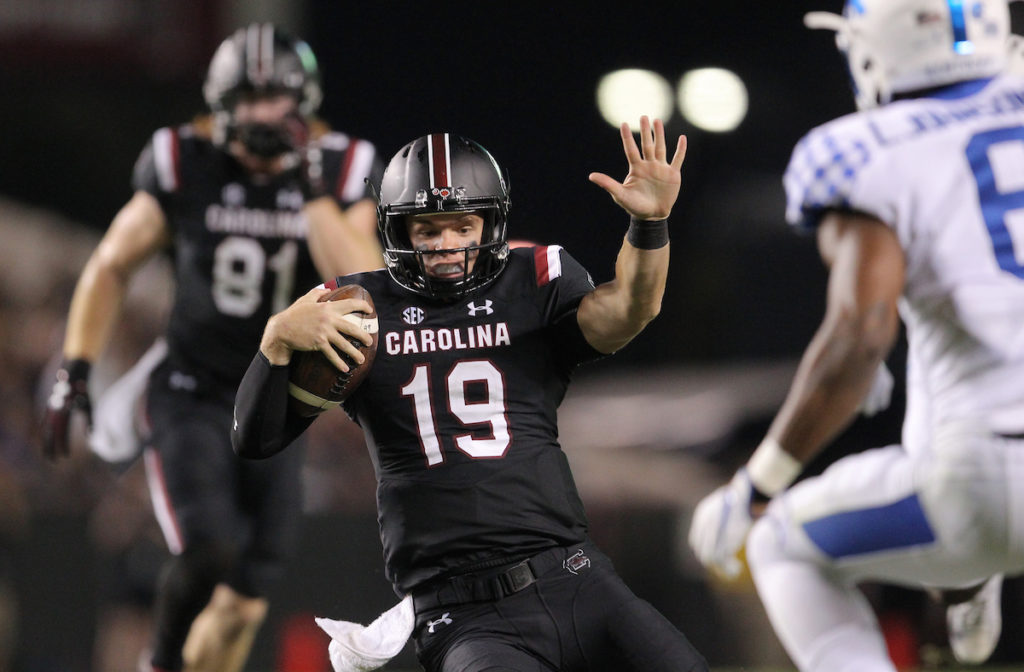 The Gamecocks (2-1, 1-1 SEC) certainly had every opportunity to pull off a victory that could have landed them back in the national rankings for the first time in three years.  Not to mention given them a huge early-season advantage in the battle for the SEC Eastern division championship.

But once again, they simply couldn’t stop Kentucky’s running game – or keep the Wildcats (3-0, 1-0 SEC) from converting on third down.

The dagger?  A 54-yard run by Wildcat quarterback Stephen Johnson on a third-and-eight from the Kentucky 36-yard-line – a critical conversion that came just five plays after the Gamecocks had pulled within seven points late in the fourth quarter.

Among the mistakes: Three missed field goals, two interceptions from star quarterback Jake Bentley, a pair of failed fourth down conversions (including one from the Kentucky two-yard line in the fourth quarter) and seven penalties for a total of 45 lost yards.

South Carolina also converted on only three of twelve third down plays.

Up next for South Carolina?  Louisiana Tech – which edged Western Kentucky on Saturday in its conference opener.   The Bulldogs (2-1, 1-0 C-USA) will come to Columbia on Saturday as a heavy underdog.  Kickoff for that game is scheduled for 3:30 p.m. EDT with the SEC Network providing national coverage.