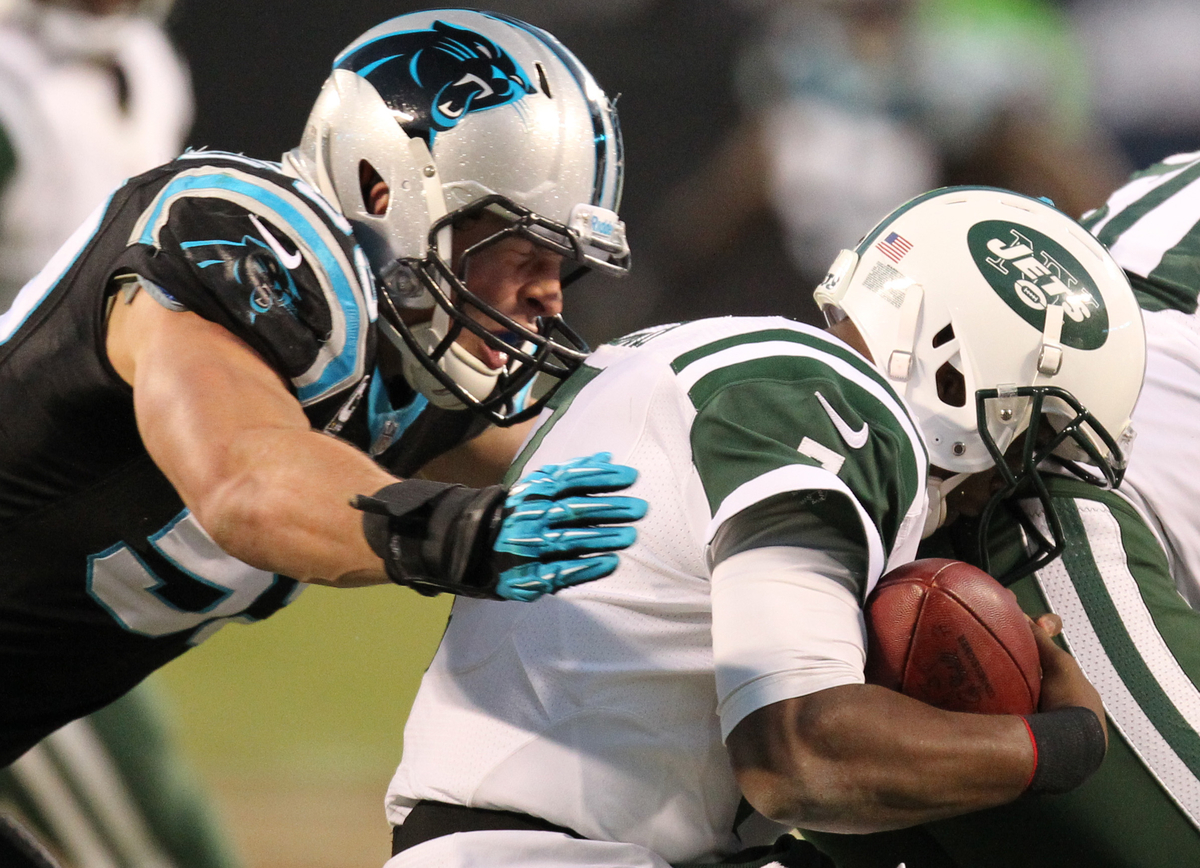 By FITSNEWS  ||  This website has never disguised its contempt for the NFL’s Charlotte Panthers.  They play on natural grass, but they’re as contrived and artificial a franchise as you’re ever going to see in professional sports.  That’s why roughly a third of the fans who show up at their bailout bank stadium on any given Sunday are rooting for the other team.

Our disdain for the Panthers soared when they chose Auburn quarterback Cam Newton with the first overall pick of the 2011 draft.

At the time the team’s owner, Jerry Richardson, told Newton he shouldn’t get any tattoos or body piercings – as that wasn’t consistent with his vision for the team’s new franchise quarterback.  Allegations of “pay-to-play” scheming involving Newton and his father, Cecil Newton?  Those were apparently no big deal …

Anyway, this week the Panthers became only the second team in NFL history (after the 2010 Seattle Seahawks) to qualify for the NFL playoffs with a losing record.

Head coach Ron Rivera‘s team finished the 2014 season with a 7-8-1 mark – good enough to bypass the 7-9 New Orleans Saints and the 6-10 Atlanta Falcons to capture the NFC South division.

He’s right … the Panthers’ record doesn’t  matter.   According to NFL rules, each conference’s fourth playoff seed goes to “the division champion with the fourth-best record.”

That means the lowly Panthers are in the playoffs.  Not only that, they are actually hosting a playoff game on January 3 against the 11-5 Arizona Cardinals.  It also means the 10-6 Philadelphia Eagles – who beat the ever-living crap out of Charlotte last month – will have to watch the playoffs on television with the rest of us.

In fact one Denver Broncos’ fan described it as “complete bullsh*t.”

But those are the rules …

Despite their lowly record, football prognosticators can’t get enough of the Panthers.  They love Newton – and they especially love the Charlotte defense, which held its final four opponents to an average of 10.8 points per game.

“You don’t want to be facing the Carolina Panthers this weekend,” we’ve heard countless NFL talking heads say, referring to the so-called dominant unit that catapulted a 3-8-1 squad into the post-season.

As Rivera said, though, none of that matters.  Nor will it matter until the NFL changes its rules – which is something it clearly needs to do.

No team with a losing record should ever be allowed to participate in the playoffs – let alone host a playoff game.  The six best teams in each conference – regardless of their divisional affiliation – should be seeded according to their records.  Hell, we wouldn’t even use a team’s divisional affiliation as a tiebreaker.

If two teams finish with the same record, we believe the tie should be broken based on head-to-head results and strength of schedule (which incidentally is how the NFL determines its draft order).  If those metrics fail to yield a result, flip a coin.

The Panthers may get lucky and win a playoff game.  Or two.  Or lightning could strike and they could actually win the Super Bowl (100-1 odds, according to the early Las Vegas predictions).  But that doesn’t change the fact more deserving players and coaches are being robbed of their chance to compete – while fans are being robbed of the best possible match-ups.

It’s a fundamentally unfair arrangement, but until the NFL changes it there can be no argument: The Panthers belong in the playoffs.

@DianneG @fitsnews They hate us 'cause they ain't us.

@fitsnews @DianneG You're a bitter man, Will… But I love that about you. Don't change. Never change. #ColtsSuckBro

@fitsnews Will, the Panthers do belong because they won their division. Sorry Eagles fan. Trying winning your division rather hating on us.