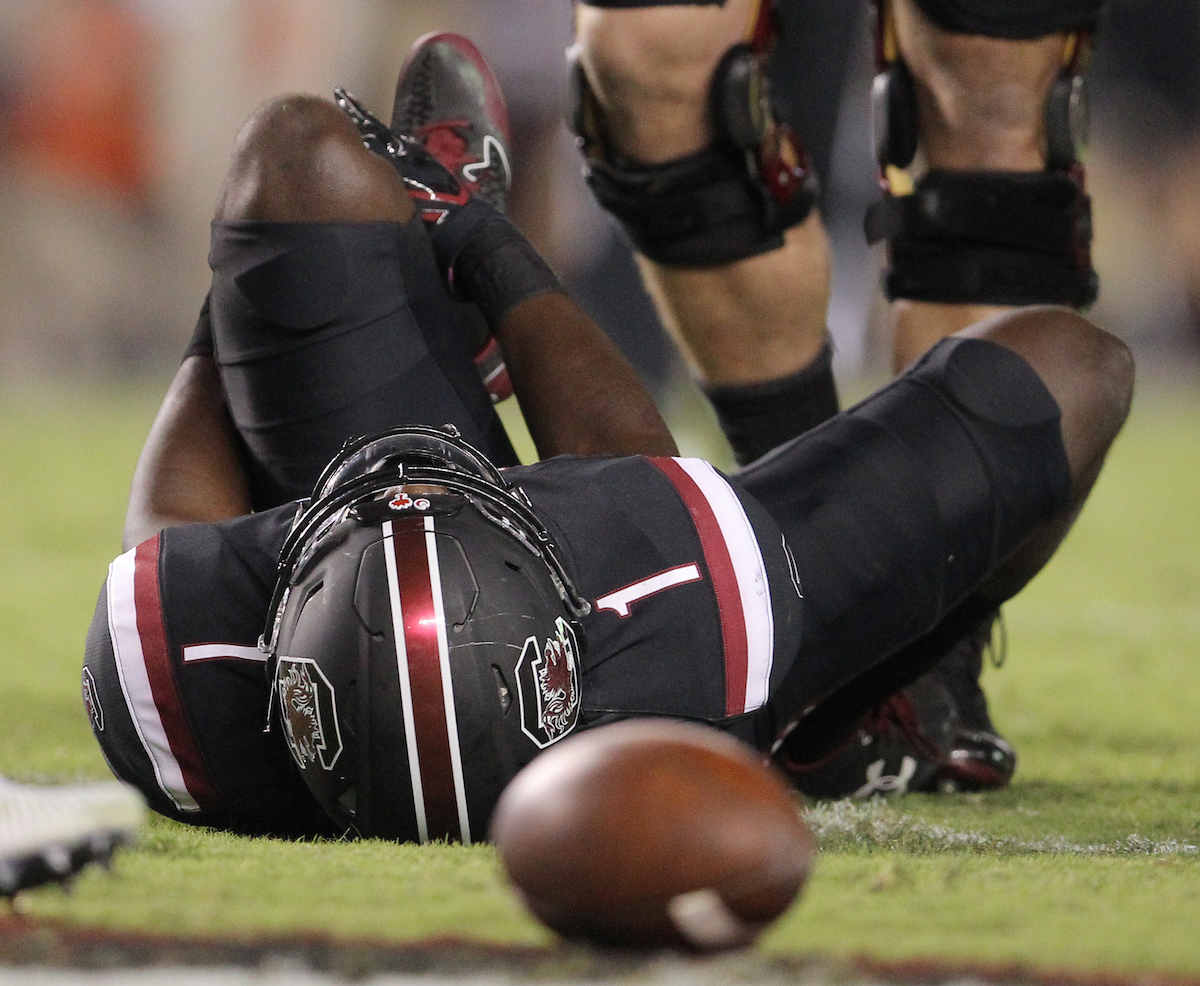 “It is right above his ankle,” Samuel’s head coach, Will Muschamp, said. “Surgery went extremely well.”

Samuel sustained the injury during the third quarter of the Gamecocks’ 23-13 loss to Kentucky at Williams-Brice Stadium on Saturday evening.  The 6-foot-0, 210-pound native of Inman, S.C. was rolled over by a Wildcat defender after catching a pass from quarterback Jake Bentley.

Prior to getting hurt, Samuel was leading the Gamecocks (2-1, 1-1 SEC) in receiving yards, receiving touchdowns and was tied for the team lead in catches.  He also won Southeastern Conference (SEC) special teams player of the week honors twice after returning kickoffs for scores against NC State and Missouri.

Samuel’s status is up in the air moving forward …

Muschamp told reporters following the game that his featured offensive weapon had a “broken leg” and was out for the rest of the season.  Samuel had other notions, though, tweeting that he had sustained a hairline fracture of his ankle and that he expected to be back in five to six weeks.

That could conceivably put him back in the South Carolina lineup for the final four games of the season – a road game against SEC East rival Georgia and home games against Wofford, Florida and Clemson.

For now, Muschamp is saying Samuel will be out “for an extended period of time.”