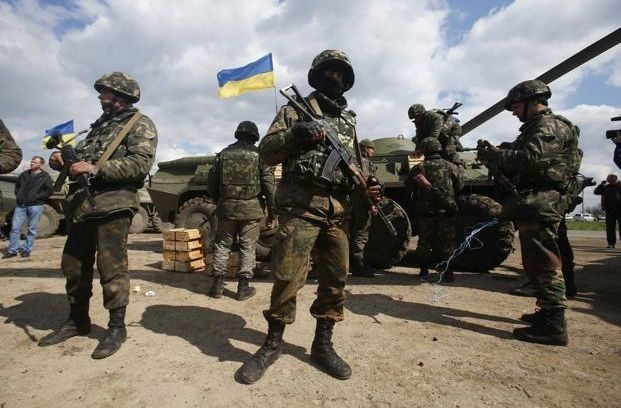 By Ron Paul  ||  President Barack Obama announced last week that he was imposing yet another round of sanctions on Russia, this time targeting financial, arms, and energy sectors.  The European Union, as it has done each time, quickly followed suit.

These sanctions will not produce the results Washington demands, but they will hurt the economies of the U.S. and EU, as well as Russia.

These sanctions are, according to the Obama administration, punishment for what it claims is Russia’s role in the crash of Malaysia Airlines Flight 17, and for what the president claims is Russia’s continued arming of separatists in eastern Ukraine.  Neither of these reasons makes much sense because neither case has been proven.

The administration began blaming Russia for the downing of the plane just hours after the crash, before an investigation had even begun.  The administration claimed it had evidence of Russia’s involvement but refused to show it.  Later, the Obama administration arranged a briefing by “senior intelligence officials” who told the media that “we don’t know a name, we don’t know a rank and we’re not even 100 percent sure of a nationality,” of who brought down the aircraft.

So Obama then claimed Russian culpability because Russia’s “support” for the separatists in east Ukraine “created the conditions” for the shoot-down of the aircraft.  That is a dangerous measure of culpability considering U.S. support for separatist groups in Syria and elsewhere.

Similarly, the U.S. government claimed that Russia is providing weapons, including heavy weapons, to the rebels in Ukraine and shooting across the border into Ukrainian territory.  It may be true, but again the U.S. refuses to provide any evidence and the Russian government denies the charge.  It’s like Iraq’s WMDs all over again.

Obama has argued that the Ukrainians should solve this problem themselves and therefore Russia should butt out.

I agree with the president on this.  Outside countries should leave Ukraine to resolve the conflict itself.  However, even as the U.S. demands that the Russians de-escalate, the United States is busy escalating!

In June, Washington sent a team of military advisors to help Ukraine fight the separatists in the eastern part of the country.  Such teams of “advisors” often include special forces and are usually a slippery slope to direct U.S. military involvement.

On Friday, President Obama requested Congressional approval to send U.S. troops into Ukraine to train and equip its national guard.  This even though in March, the president promised no U.S. boots on the ground in Ukraine.  The deployment will be funded with $19 million from a fund designated to fight global terrorism, signaling that the U.S. considers the secessionists in Ukraine to be “terrorists.”

Are U.S. drone strikes against these “terrorists” and the “associated forces” who support them that far off?

The U.S. has already provided the Ukrainian military with $23 million for defense security, $5 million in body armor, $8 million to help secure Ukraine’s borders, several hundred thousand ready-to-eat meals as well as an array of communications equipment. Congress is urging the president to send lethal military aid and the administration is reportedly considering sending real-time intelligence to help target rebel positions.

But let’s not forget that this whole crisis started with the U.S.-sponsored coup against Ukraine’s elected president back in February.  The U.S. escalates while it demands that Russia de-escalate.  How about all sides de-escalate?

Even when the goals are clear, sanctions have a lousy track record.  Sanctions are acts of war.  These sanctions will most definitely have a negative effect on the U.S. economy as well as the Russian economy.  Why is “winning” Ukraine so important to Washington?  Why are they risking a major war with Russia to deny people in Ukraine the right to self-determination? Let’s just leave Ukraine alone!

Israel To America: “Don’t Ever Second Guess Me Again”