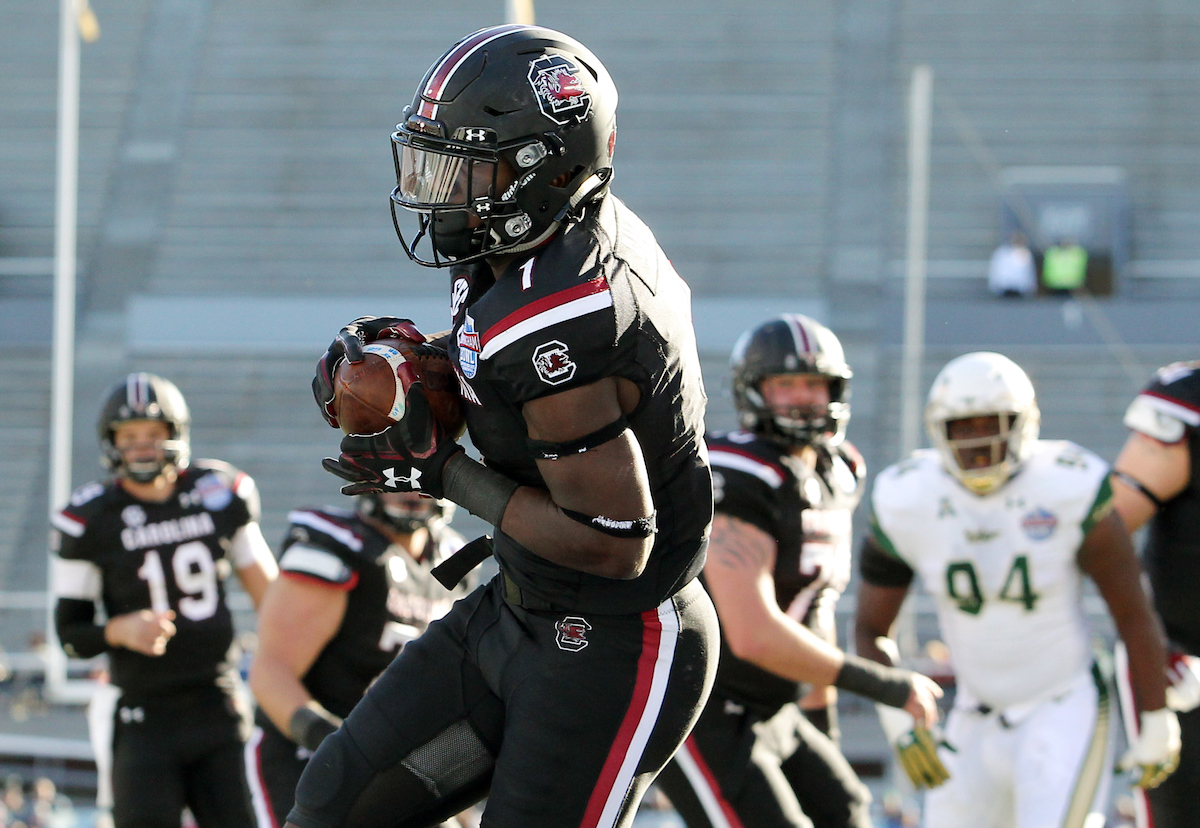 The University of South Carolina football team opens its 2017 campaign on Saturday in Charlotte against NC State – the first of four “must win” games for second-year head coach Will Muschamp.

As we’ve noted, though, this NC State team comes ready to play … with four likely NFL draft picks manning its defensive line (including projected first round pick Bradley Chubb).  Compounding Muschamp’s problem is the fact that the Wolfpack’s elite unit will line up against a Gamecock front five that has struggled to achieve consistency during the offseason.

Both offensive tackles – junior Zach Bailey on the right and junior Malik Young on the left – will be making their first career starts at their new positions.  Not only that, South Carolina will be playing its first game under new offensive line coach Eric Wolford.

Talk about a trial by fire …

It’s nice that South Carolina has some exciting skill players returning to lead its offense.  But if its front five lose the battle in the trenches, it won’t matter.

Given its advantage up front, it’s not surprising that fifth-year head coach Dave Doeren’s Wolfpack (0-0, 0-0 ACC) enter this weekend’s matchup as a 4.5-point favorite over the Gamecocks (0-0, 0-0 SEC), according to OddsShark.

Meanwhile over on ESPN, the Wolfpack are given a 62.7 percent chance of victory compared to just 37.3 percent for the Gamecocks.

Do we buy the Las Vegas line?  Or do they oddsmakers have it wrong?  We’ll be posting our first #FITSPick of 2017 closer to kickoff, which is scheduled for 3:00 p.m. EDT on Saturday (September 2) from Bank of America stadium in Charlotte, North Carolina.

In the meantime, tell us what you think …

Who will win the South Carolina - NC State game on September 2?