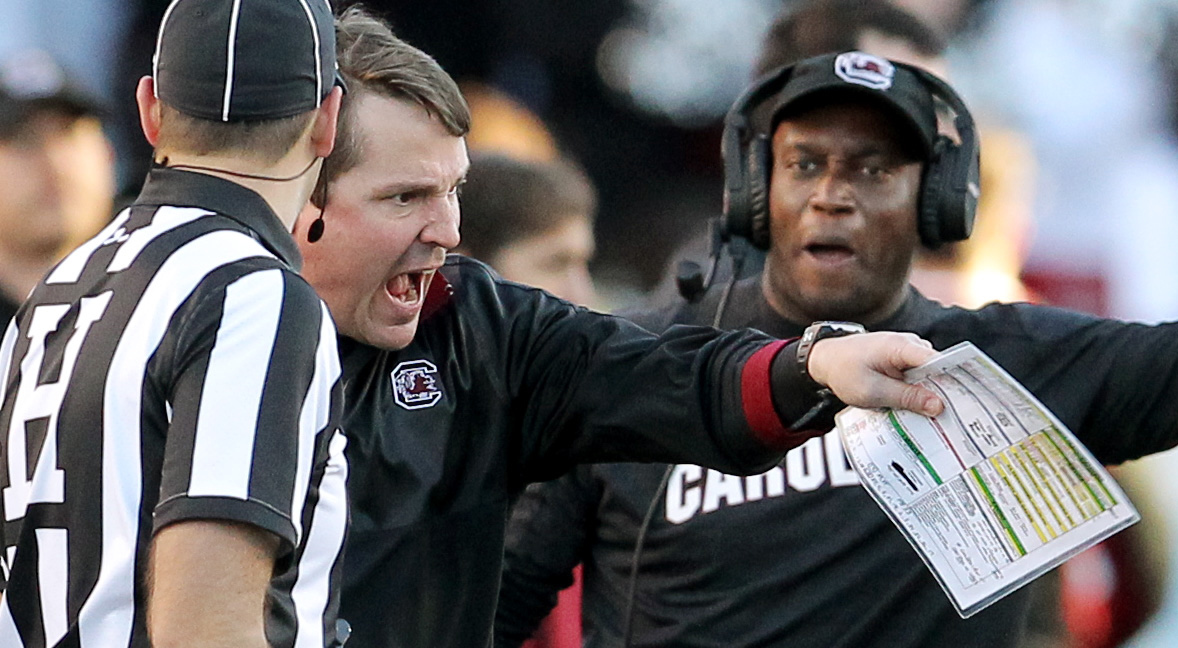 For the first half of the 2016 football season, the University of South Carolina’s offense was the worst in the nation.

That’s not hyperbole, either: The Gamecocks were literally the worst offensive team in America.

Things turned around, though, when head coach Will Muschamp inserted true freshman quarterback Jake Bentley in the starting lineup.  The 6-foot-3, 223-pound rising sophomore from Opelika, Alabama completed 125 of 190 passes for 1,420 yards in seven starts – connecting for nine touchdown passes against four interceptions.

Bentley went 4-3 as a starter.

Why didn’t Muschamp given Bentley the reins of the offense earlier in the year?  Good question.  But he’s got the job now – and has a host of young talent joining him. 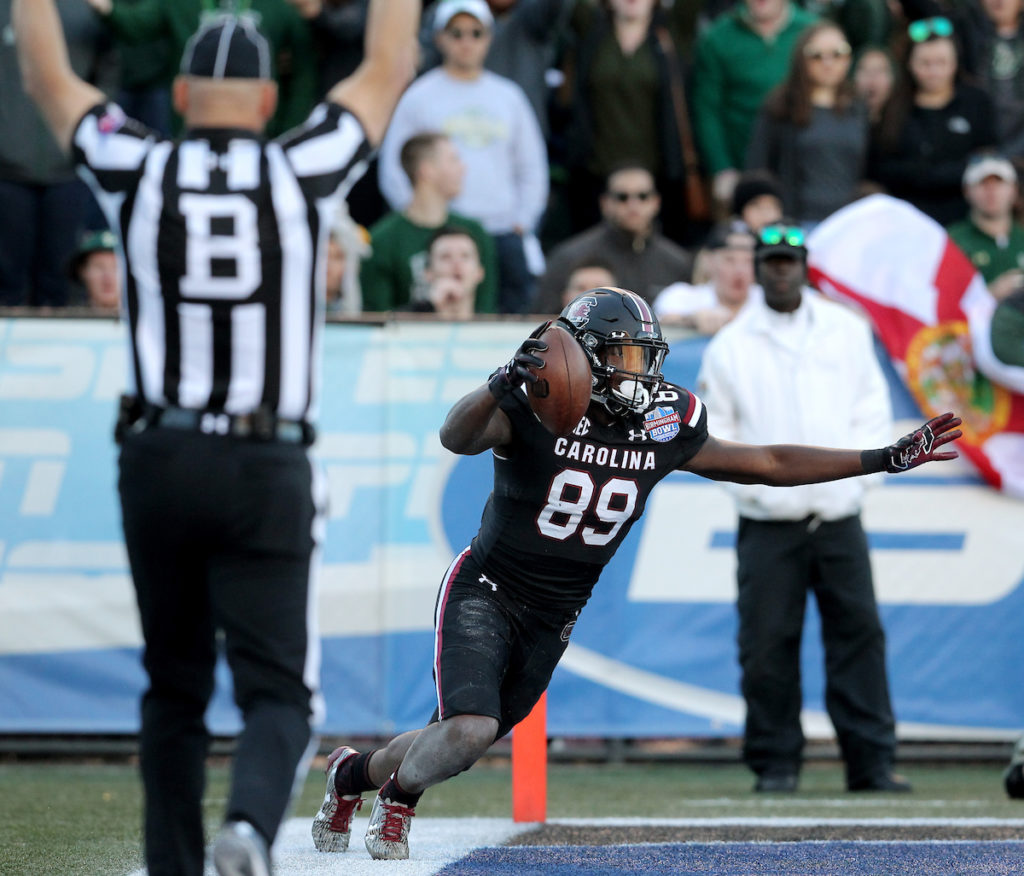 Another player who could figure into the Gamecocks’ passing offense in 2017 is true freshman OrTre Smith – one of the most heralded prospects of Muschamp’s second recruiting class.

A 6-foot-4, 210-pound wideout from Mount Pleasant, S.C., Smith is one of four Gamecock true freshman who are enrolling early at the University.  That means they get to participate in winter workouts and spring practice with the upperclassmen.

A two-way player at Wando High School, Smith chose South Carolina over Clemson, Georgia and North Carolina.  Recruited by Gamecock co-offensive coordinator Bryan McClendon and tight ends coach Pat Washington, he missed most of his senior season in high school due to an ankle injury that required surgery.  As a junior at Wando, though, he hauled in 84 catches for 1,364 yards and 18 touchdowns.

Smith is expected to contribute immediately in 2017.

South Carolina’s 6-7 finish in 2016 was obviously a solid step forward from 2015’s 3-9 debacle.  Muschamp and his staff managed to avert a recruiting disaster a year ago, and they have inked the nation’s No. 11 class according to Rivals.com and the No. 15 class according to 247Sports.

The only problem?  Their 2017 schedule includes games against multiple teams who have been consistently out-recruiting them in recent years – including Clemson, Georgia, Texas A&M and Tennessee.

Gamecock fans got spoiled when their team recorded back-to-back-to-back Top 10 finishes and eleven-win seasons from 2011-13 under Steve Spurrier.  Accordingly, Muschamp is under intense pressure to take another step toward that same level of competitiveness in 2017.

Can he do it?  He certainly appears to have the offensive weapons he needs in place …