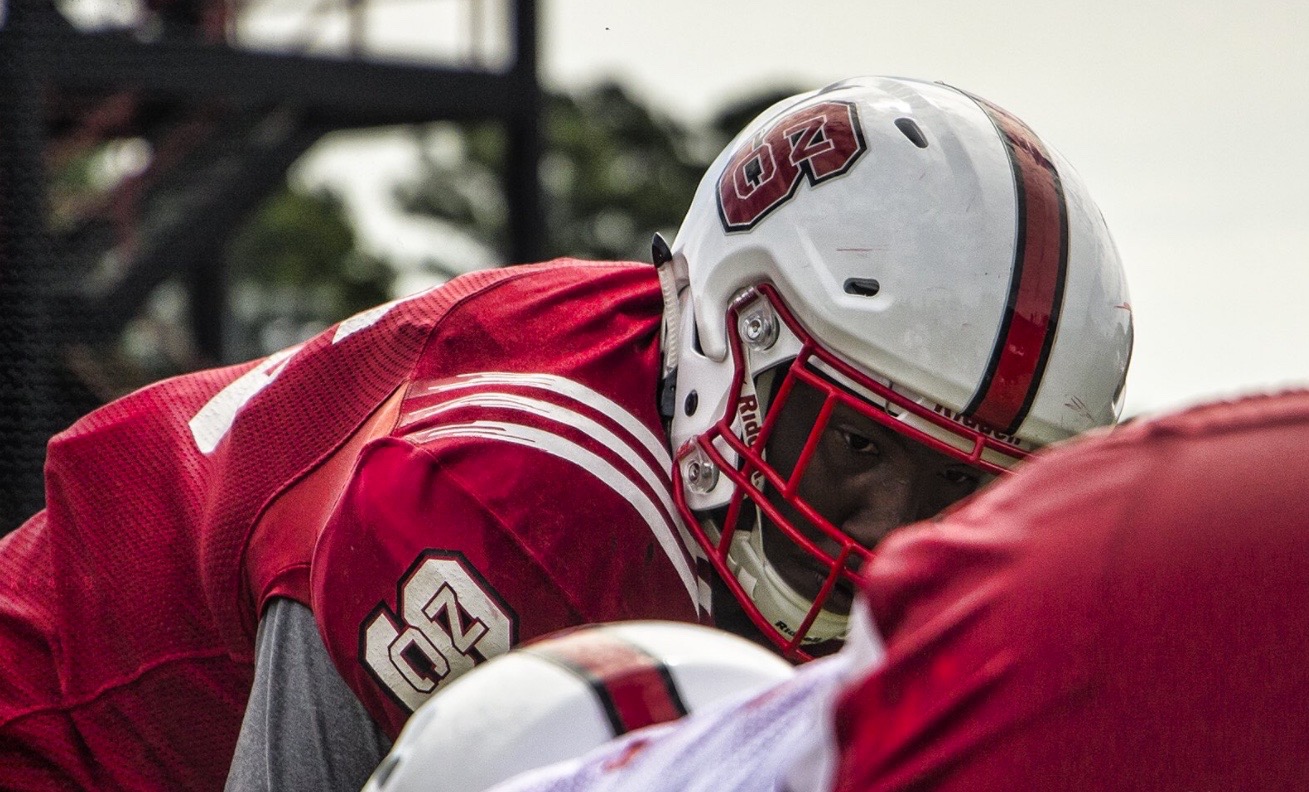 North Carolina State University enters its 2017 football season with one of the best defensive lines in all of college football … presenting the University of South Carolina and second-year head coach Will Muschamp with a formidable obstacle in what many view as a make-or-break season opener for the Gamecock football program.

Can the Gamecocks make it three in a row against their rivals from Raleigh?

The Wolfpack finished last season with a 7-6 record, including wins over Notre Dame, North Carolina and Vanderbilt (and heartbreakingly close losses to ACC powerhouses Clemson and Florida State).

Fifth-year head coach Dave Doeren is hoping to move his program into uncharted territory in 2017 – starting with the Wolfpack’s September 2 season opener in Charlotte, N.C. against Muschamp’s Gamecocks.

The strength of Doeren’s team?  Its defensive line, which is regarded as the most talented unit in school history – and one of the elite units in America.

Bradley Chubb … Chubb is projected as a first round draft pick at the weak side defensive end position. A 6-foot-4, 275-pound senior, he ranks 12th in school history with 34 career tackles for loss (including 22 last season).  His 16 career sacks rank 10th on NC State’s all-time list.

B.J. Hill … a 6-foot-4, 315-pound defensive tackle, Hill has started 31 games during his career with the Wolfpack.  Like Chubb, Street and Jones, the experienced senior is viewed as a future NFL performer.

Thanks to these four behemoths dominating their opponents up front, NC State ranked No. 8 nationally a year ago in rushing yards allowed – giving up just 108.6 yards per contest.

Complicating matters for Muschamp and his coaching staff is South Carolina’s uncertainty along the offensive line.  First-year coach Eric Wolford is in charge of this unit – having been brought in by Muschamp during the offseason to replace Shawn Elliott.

What’s he got to work with?  Other than returning starter Zack Bailey, not much.

So far, Wolford and Muschamp don’t appear to have settled on who will play what positions along the offensive line.

“We are not set on who is going to play right tackle or left tackle,” Muschamp told reporters recently.

Nor does Muschamp know yet where Bailey will play …

South Carolina has some extremely potent offensive weapons – led by sophomore quarterback Jake Bentley – but if those skill positions cannot be protected, it could wind up being a very long season indeed for long-suffering Gamecock fans.

(And for program bean-counters).

NC State versus South Carolina is scheduled to kickoff at 3:00 p.m. EDT at Bank of America Stadium in Charlotte, N.C. with ESPN televising the game nationally.