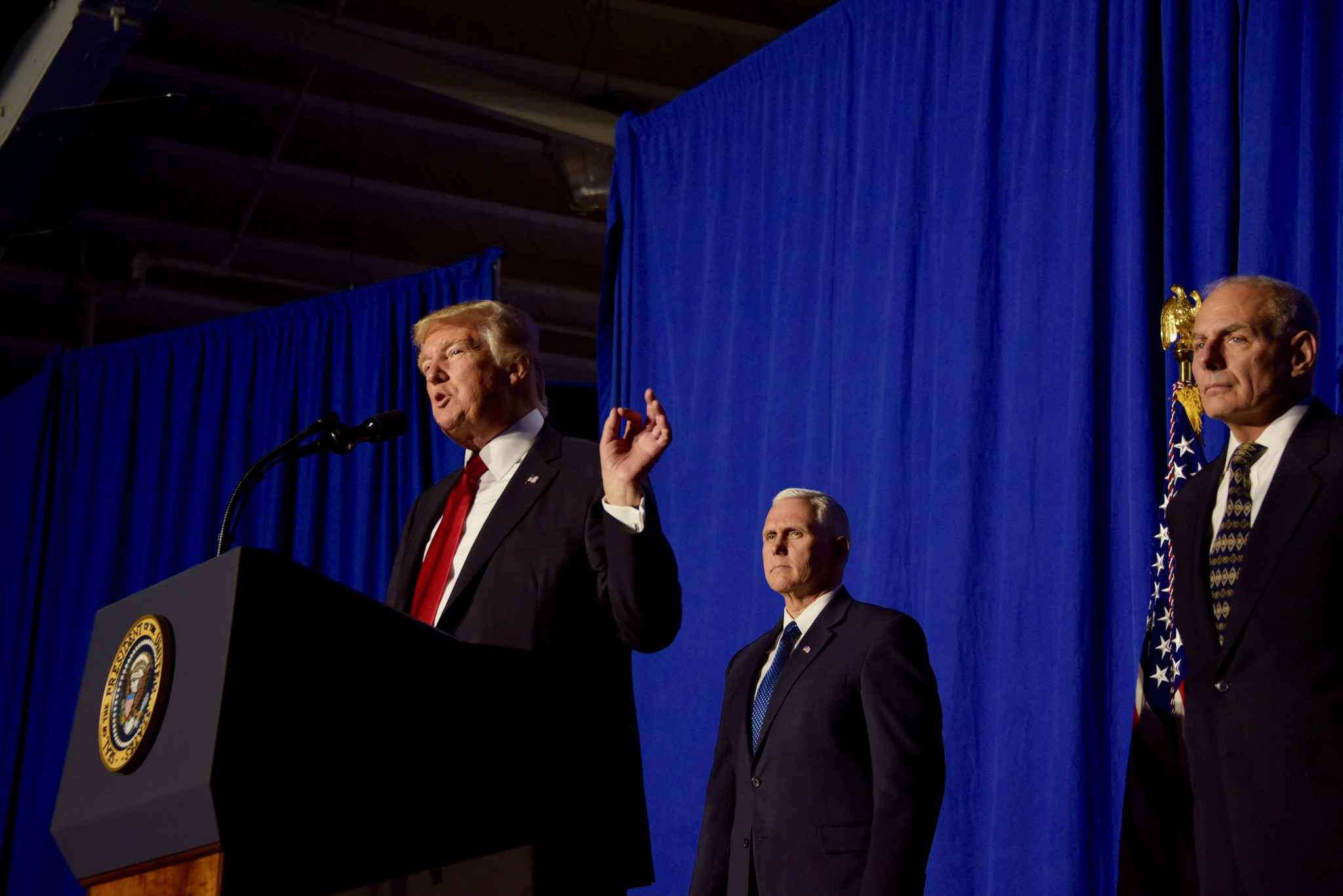 U.S. president Donald Trump – who vowed on the campaign trail last year to extricate America from foreign entanglements – pledged an open-ended and unspecified escalation of the United States’ sixteen-year war in Afghanistan.

“I will not say when we will attack, but attack we will,” Trump said during a speech on Monday from Joint Base Myer-Henderson Hall in Arlington, Virginia.

“Our troops will fight to win. We will fight to win,” Trump said. “From now on, victory will have a clear definition, attacking our enemies, obliterating ISIS, crushing al Qaeda, preventing the Taliban from taking over Afghanistan and stopping mass terror attacks against America before they emerge.”

According to Trump, his predecessors not only erred in their overall objective – they compounded their problems by openly discussing details of American military engagements in public.

“I’ve said many times how counterproductive it is for the United States to announce in advance the dates we intend to begin, or end, military operations,” he added.  “We will not talk about numbers of troops or our plans for further military activities.”

Trump also said his approach to Afghanistan would involve giving commanding generals maximum flexibility to respond to conditions in the field.

“Micromanagement from Washington, D.C., does not win battles,” Trump said.

There are currently around 8,400 U.S. troops stationed in Afghanistan.  Another 26,000 private sector “contractors” are fighting there, too.  Trump’s commanders have sought another 3,000 – 5,000 ground troops.

The first Afghan surge – which took place in 2010 under former U.S. president Barack Obama – elevated troop levels in Afghanistan to more than 100,000.  That costly infusion included approximately 20,000 combat troops assigned to the Helmand Province, which is infested with fighters loyal to the Taliban – the Sunni Islamic fundamentalist movement that ruled this country prior to a U.S.-led invasion that began in October 2001.

Did Obama’s escalation of the “good war” work?  No … not at all.

Do Americans know that we are still wasting billions on “reconstruction” and other projects in Afghanistan that are, at best, boondoggles?

Paul isn’t the only one objecting to the “Trump surge” in Afghanistan.  Breitbart News – which is once again being run by Trump’s former chief strategist Steve Bannon – blasted the president’s doctrine as “an extension of the failed status quo.”

This website has consistently rejected American intervention abroad – especially as it relates to the failed “War on Terror” in Iraq and Afghanistan.

Meanwhile both wars have cost taxpayers an estimated $5 trillion.

We thought Trump understood the futility of such interventions.  In fact just last month we praised him for putting a stop to our nation’s practice of arming terrorists in Syria – another nation our warmongering “neoconservatives” wanted to invade.

Does this mean we oppose military action against terrorist threats?  Not at all …

We applauded Trump back in the spring for dropping the so-called “Mother of All Bombs” on an enclave of fighters loyal to the Islamic State of Iraq and Syria (ISIS).

“We have no problem with Trump dropping bombs … in the event there is an opportunity to take out a credible threat to our national security,” we wrote back in May.  “But sending more troops to this war zone is nothing short of insanity … in fact, it’s the very sort of insanity Trump rebuked on a repeated basis as a candidate for the presidency last year.”

Russia Is Ready To Rumble