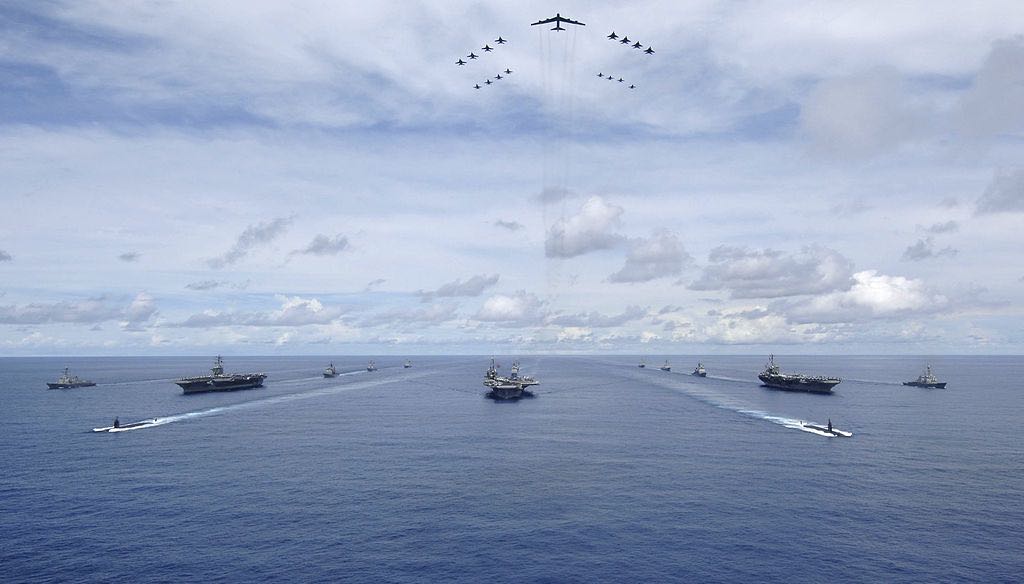 || By FITSNEWS ||  As tensions simmer in Washington, D.C. over America’s failed policies in the Middle East, the U.S. military is launching its “premier multi-warfare exercise within the Arabian Peninsula.”

Perfect timing, huh?  Oh … and the war games even have their own nifty name: “Operation Eagle Resolve.”

The exercise – in the works for more than a year – consists of a “week-long series of simulated ‘injects’ to exercise participants’ ability to respond as a multinational headquarters staff, followed by a series of tactical demonstrations of land, maritime, and air forces from several nations,” according to U.S. Central Command.

More than 3,000 personnel (all of whom have Kung fu grip capability, we’re guessing) will participate in these activities, which will end with “a senior leader seminar to foster an environment for commanders to discuss issues of regional interest.”

Of course the exercise is “not intended as a signal to Iran,” a CENTCOMM source assured The Washington Free Beacon.

That signal was already sent.

In addition to its nuclear program, Iran has been rapidly escalating its military (and naval) might in recent years – negotiating arms deals with Russia in an effort to enhance its submarine and sea-based missile programs.

Do we care?  No.  Sorry we just don’t buy the fearmongering.

What do we make of all this war gaming?  Eh … it’s senseless (and expensive) posturing if you ask us, another example of America swinging a “big stick” it can no longer afford to carry.

But hey … “Republicans” in Congress are all about ramping up military spending in response to the “growing threat” posed by the Islamic State in Iraq and Syria (ISIS).  You know … the threat we were subsidizing as recently as a year ago.